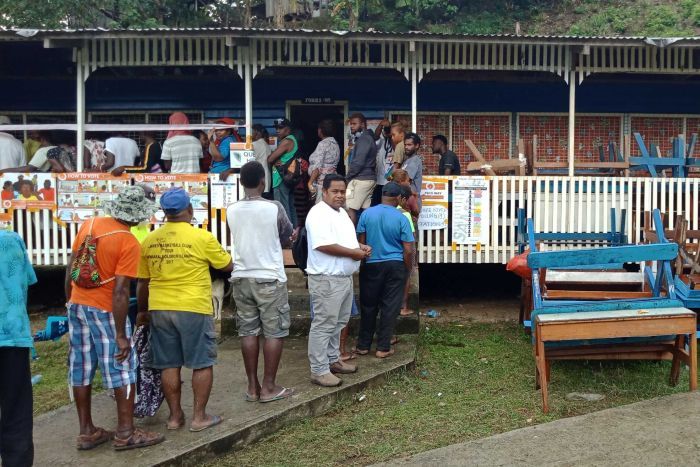 In April 2019, the announcement of Manasseh Sogavare as the new Prime Minister of Solomon Islands sparked riots in the capital of Honiara. Frustration with the political system and the ‘horse-trading’ that accompanies government formation erupted into violence with protestors trashing the Pacific Casino Hotel, where Sogavare’s camp had been located during the government-forming negotiations, and damaging vehicles. Police reported that nine officers were injured and over 30 protesters arrested.

The 2019 riots were not unprecedented – similar scenes had occurred after the 2006 election – nor were they unexpected. As Anouk Ride argued, the riots were an expression of anger by urban youth who lacked trust in political institutions and felt marginalised both politically and economically. This type of protest is undoubtedly politically motivated. But does it count as political participation?

Political participation – how people engage with politics to shape decisions impacting their lives – has received little attention in Pacific political scholarship. Where it is considered, it is often viewed extremely narrowly, through conceptual frameworks centred around a set of common research subjects: the persistence of tradition, and the fragility of formal political institutions, always focussing on elites. This framing struggles to capture the fullness of political participation and how most people in the Pacific engage politically.

Political participation is a hard concept to grapple with because it is so malleable. Definitions can be overly restrictive, focusing exclusively on engagement with formal political structures like parties and parliaments, or so loose as to be basically meaningless, labelling everything from voting to having a conversation with a neighbour as political participation. What is useful about it, however, is that it foregrounds people – the mass public or citizenry, as opposed to political elites and leaders.

We contend that the standard research framing of Pacific politics, focussed on formal institutions, tradition, and elites, is looking increasingly tired. Moreover, it is poorly serving the Pacific region by framing core political research questions too narrowly and in ways that do not account adequately for how politics is actually conducted in the region. In doing so, it fails to fully understand the fundamental political dynamics in the region. Key questions – such as who political systems respond to, who has a voice and who does not, and how communities might be better able to exercise claims for more inclusive forms of development – receive inadequate attention. This is a particularly important oversight in a region which is experiencing such profound challenges, including poverty, violence, poor governance, and the existential threat posed by climate change, and where it is important for development partners to understand how to support more consequential forms of political action.

While Pacific citizens can be cynical about politics and frustrated by the failure of elected representatives to deliver, they work actively to influence policymakers and how resources are allocated. But these efforts can often be overlooked by a narrow academic focus on institutions, tradition and elites. The privileging of formal institutions and regulated forms of political participation over the politicking conducted in informal political spaces marginalizes some of the most important domains of political activity. Furthermore, a focus on elites overlooks the multiple and complex ways in which non-elite Pacific Islanders experience and relate to politics in their daily lives.

To this end, we propose a new research approach that focuses on how Pacific peoples actively and purposefully engage in politics to shape their lives. This means moving beyond the study of elites and parliaments to thinking about emerging political constituencies and where they fit in the political environment. In our recent article, we have outlined the contours of such an approach, including:

Thinking differently about what politics is: Much political research has focused on how elites participate in politics, resulting in a preoccupation with parliaments and formal government policy processes. In the Pacific, much political participation is conducted in informal settings including at the local level. These sites of political activity are rarely recognised and hardly studied. Understanding how politics is conducted in these domains is a major gap and requires urgent attention.

Foregrounding people in the study of Pacific politics: The existing literature, with a focus on formal institutions such as parties, does not adequately capture the nature of political communities in the Pacific and how actors come together to undertake collective action. There are many political communities in the region that are barely recognised in the literature, let alone understood. Burgeoning urban communities, including those in informal settlements, transnational and online communities all represent interesting examples of how Pacific peoples are coming together in new ways to influence politics. This new agenda will complement existing research approaches focused on political elites, painting a fuller picture of how politics works in the region, and answer questions which have received insufficient attention in the region, such as how responsive political systems are to the needs of local communities.

Expanding research methods to better capture how people participate: Centring political participation in the study of Pacific politics will require new research methods. We suggest the embrace of political ethnography (including new techniques such as digital ethnography); a greater receptiveness to methodological pluralism; and the application of both qualitative and quantitative methods (including large scale surveys), to complement existing methodological approaches.

Read the full article, ‘Revisiting the concept of political participation in the Pacific’ in Pacific Affairs here.