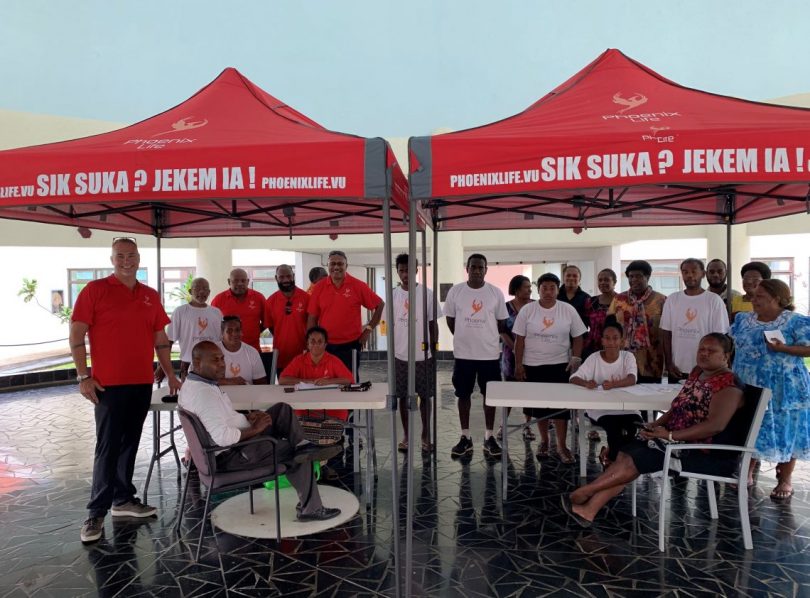 With the hope that the dust seems to have finally settled on Vanuatu’s diabetes ‘treatment’-intended medical cannabis project, it is now worth examining how these unlikely notions became strange bedfellows in the Melanesian nation. As a political economist, one cannot help but consider the absurdity of this scenario through Punctuated-Equilibrium theory. This theory explains how issues gain and lose public and political attention, building our understanding of policy stability and reform.

However, before jumping into political theory, it is first helpful to understand what is known about the rise of this industry in Vanuatu and how the purported ‘healthcare solutions’ company, Phoenix Life Sciences International (PLSI), entered the picture.

The cultivation of marijuana is nothing new. However, in the last decade, the drug’s therapeutic properties have been recognised by health bodies for the control of a number of specific conditions. In response to legalisation in a handful of nations, the medical marijuana market has boomed. This boom had largely skirted the edges of the Pacific until 2018 when foreign companies claimed to be putting pen-to-paper on medical marijuana cultivation deals with the government of Vanuatu. With corporations linked to shonky characters and previously failed business ventures, this came as a surprise to much of the nation where the recreational use of marijuana is often stigmatised. Yet in response, a number of political leaders acknowledged the nation was open to considering structured partnerships in cannabis production, particularly given Tropical Cyclone Pam’s implications on the national economy. Given this news and Vanuatu’s prime climate for cultivation, the flood gates were open.

In November 2018, through his role as Acting Director of Curative and Hospital Services, Dr Santos Wari, who would go on to become PLSI’s National Head of Healthcare, championed an exemption to the nation’s Dangerous Drugs Act, allowing the importation of cannabis-derived pharmaceuticals for diabetic treatment. Over the following months, PLSI ramped up promotion of their operations through national and international media. Canvassing social media channels with public figure-laden photos from PLSI-sponsored diabetic screening events and a proposed ‘clinic’ on Efate drew mixed public opinions but resounding concern from the national and international health community.

With the proposition of PLSI conducting clinical trials to determine the efficacy of cannabis-derived pharmaceuticals while concurrently using the same products to ‘treat’ people with diabetes, Tuskegee-esq ethical alarm bells began to ring. As the essential drug list for Vanuatu contains treatments proved to be efficacious in the management of diabetes, clinical equipoise for trials is unlikely. Further, given the increased vulnerability of ni-Vanuatu with diabetes, prospective trials would struggle to prove participants had made informed, coercion-free decisions. In this respect, prospective trials risk violating a range of classic and contemporary ethical principles of medical research. Paired with the concern that shifting diabetic patients from efficacious treatment would exacerbate complications, the proposal presented a risk to the health and lives of ni-Vanuatu citizens, not to mention the country’s health system and the economy as a whole.

In response, PLSI then-CEO Martin Tindall, accelerated efforts and, in early June 2019, announced that the company had signed an ‘exclusive 25 year agreement’ as Vanuatu’s sole provider of diabetic treatment. However, while this clumsily written MoU with the Ministry of Health (which incorrectly spells the nation’s capital in its opening statement) outlines key terms regarding treatment and trials, the term of the MoU is in fact just a single year. Further the determination of sole contractor in this manner violates policy set by the nation’s Central Tenders Board, while the stipulated offset of excise duties contradicts national economic policy. A very similar MoU was also signed with the Ministry of Agriculture, before legal challenge. This MoU supposedly allocated 5,000 acres of land for marijuana cultivation on Espiritu Santo despite lack of consultation with chiefs or landowners.

The prematurity of much of this momentum, given no official amendment has been made to the nation’s Dangerous Drugs Act to date, drew the attention of Prime Minister Charlot Salwai and the Malvatumauri National Council of Chiefs, who respectively rejected the suggested partnership and the industry as a whole. Unlike many of the in-roads made by PLSI in the preceding month, this news was not widely broadcast through PLSI media channels. Less than two weeks later, nor was the news of the arrest of Martin Tindall by US authorities. On both counts, one can assume the media silence was to minimise the potential impact on the company’s stocks.

Yet while Janelle Marsden steps in as acting-CEO in an ironic attempt to raise Phoenix from the ashes, it is worth returning to Punctuated-Equilibrium theory to understand how this came to be. This theory states that policy remains stable while there is consensus in how an issue is understood (the policy image) and where responsibility is said to lie (the policy venue). By challenging a policy image or venue, powerful actors may shift issues onto the political agenda. In this scenario, while a number of organisations were vying for approval to cultivate marijuana in Vanuatu, the clever tactic enacted by PLSI was to link this to health. By changing the policy venue from agriculture and economic development to that of the region’s non-communicable disease (NCD) burden, PLSI was also able to shift the policy image and unjustly reframe their interests as a potential solution to this impending NCD crisis. While void of scientific evidence, this approach successfully elevated PLSI’s organisational goal onto the political agenda of the Government of Vanuatu.

Whether PLSI ever had serious intentions to provide healthcare to the population of Vanuatu or, were rather building their own global image to garner funds from investors, is likely to remain unknown. However, what is known is that this reframing of the policy image and venue diverted scarce bureaucratic and media attention away from legitimate national concerns. Despite the dominant discourse regaining ground, one cannot begin to quantify the irreparable damage this challenge is likely to have caused insofar as both treatment compliance amongst diabetics and national confidence in the health system are concerned.

Lana Elliott is a Health Policy Lecturer at the School of Public Health & Social Work, Queensland University of Technology. She is also a PhD Candidate, College of Public Health, Medical & Veterinary Sciences at James Cook University.