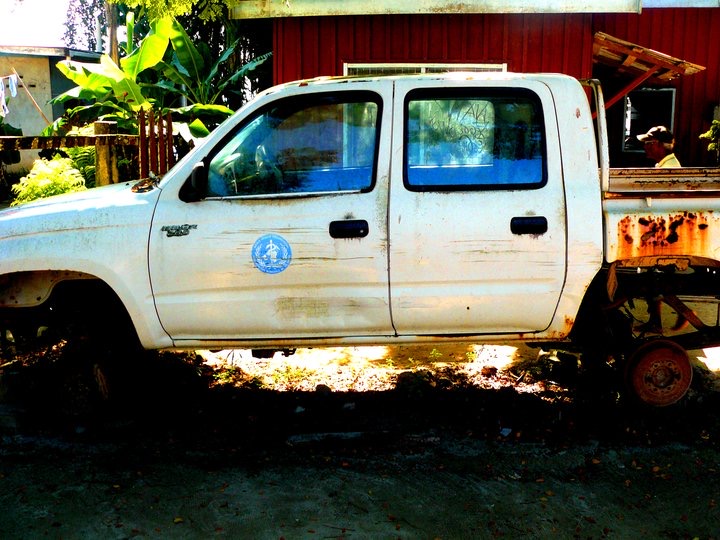 In their new book International Intervention and Local Politics, Shahar Hameiri, Caroline Hughes, and Fabio Scarpello have made a useful contribution to current discussions regarding the successes and failures of state-building efforts in Solomon Islands. Application of new theoretical tools from the political geography literature is productive and thought-provoking. But their argument is weakened by strained interpretation of their own case study evidence and some internal inconsistencies in the use of core concepts.

Hameiri, Hughes, and Scarpello (henceforth HHS) view the ‘politics of scale’ as a useful framework for understanding the uneven outcomes of international state-building interventions, including in the Solomon Islands.[1] Drawing from the political geography literature, they define scales as “vertically differentiated, hierarchised social, political and economic spaces, each denoting the arena and moment, both discursively and materially, where socio-spatial power relations are contested and compromises are negotiated and regulated”. Examples of scales would include “political tiers within a state, such as a village or the nation, or… bio-regions, trans-governmental networks or ‘the global’’’. Different scales “afford different configurations of actors power, resources, and political opportunity structures”. Actors therefore face incentives to ‘rescale’ contests – moving contests upwards and downwards between scales – to a level at which their hands are strongest.

According to HHS, Solomon Islands’ political history (including the Tensions) has reflected structural contests between national and local actors, through which national elites have sought to build and sustain power by capturing rents and channelling them downwards through discretionary patronage networks to both undermine opposition from below, and mobilize local-level support. Since the RAMSI intervention, and reflecting this dynamic, national elites have worked to “maintain the primacy of the national scale” in opposition to both local actors (who seek to rescale contests downwards to the local level where local voices will have greater influence) and international actors (who seek to rescale governance upwards to an internationalized scale so that local and national institutions “become not so much responsive to local demands, which are often viewed as pernicious or dysfunctional, but to international governance agendas, geared towards meeting international targets and aspirations”). The rescaling objectives of national elites and state-builders therefore variously align and misalign, depending on whether donors’ upwards rescaling efforts strengthen or weaken the national scale.

The core contention of HHS’s Solomon Islands study is that contestation over scale explains the varying performance of public administration reform efforts in RAMSI-era Solomon Islands. According to HHS, this theoretical framing adds value over conventional political-economy analyses, which – in emphasizing incompatibilities between the goals of interveners and domestic political elites – predicts uniform failure rather than the observed uneven outcomes.

Certain public administration reform efforts under RAMSI provided important resources and tools through which national elites could rescale contests to the national scale. Such reforms were supported by national elites and generally succeeded. Other donor-driven reforms, however, failed because they threatened national elites by seeking to rescale institutions upwards to become accountable to global development and economic management agendas.

The ‘politics of scale’ framing is innovative and thought-provoking. But I question the claim that it provides greater predictive power than standard political economy analyses. That national elites selectively adopt and undermine donor-driven reforms in accordance with their own interests is clearly valid. However, this conclusion does not require recourse to a ‘politics of scale’ framing and has been well-established in broader literature. The argument that international intervention involves attempts to make local institutions accountable to international good governance and development agendas through insulation from local politics also rings true, but – again – is far from novel.

More importantly, a lack of conceptual clarity as to what precisely constitutes the ‘interests’ of national elites and how alignment with those interests should be assessed injects important weaknesses into both the internal consistency and predictive power of the framework.

The failure to tax logging activities, despite sustained programmatic support for improved logging governance from donors, is cited as evidence that such reforms cut against the ‘rescaling’ interests of national political elites. But national elites’ interests would surely have been better served by capturing a greater share of logging rents and distributing them through public sector patronage networks, rather than seeing them absorbed by Malaysian logging firms and a narrow group of provincial landowning elites. Loggers – operating at both a local and international scale and deliberately evading national scale regulation – seem to have more power here than national elites. Neither the national-level rescaling objectives of national elites nor international rescaling objectives of international donors were served by the failure of logging reforms. Through destabilizing political regimes and adroitly manipulating community-level governance mechanisms via the distribution of private sector rents, logging interests have successfully undermined both national and local level elites. It is difficult to square this reality against a theory that predicts reform success when donor and national elite incentives are aligned.

Analysis of public expenditure patterns is similarly flawed. There is no doubt that expansion of Constituency Development Funds was aligned with national elites’ goals of maintaining discretionary control over public resources to mobilize political support through distribution of patronage. But CDFs cannot be the whole story.

Sound macro-fiscal management was one of the unambiguous successes of the RAMSI intervention. Over the RAMSI period, institutions were reformed to deliver sustained surpluses and dramatic reductions in public debt. Government avoided central bank financing, which is frequently observed in many low-income countries, supporting macroeconomic stability. These outcomes were achieved through the international advisor presence in the Ministry of Finance and under an IMF program. If the ‘national level rescaling’ objective of national elites was to mobilize the greatest possible resource for distribution through patronage channels, why were such funds not mobilized through central bank borrowing and accumulation of public debt in contravention of the desires of interveners? The alignment of interests between national elites and interveners seeking to impose Washington Consensus economic policy norms is not clear through the ‘politics of scale’ framing.

The composition of public expenditure presents additional challenges to the predictive power and consistency of the argument. Government expenditure on basic public services (including health and education) grew exponentially over the RAMSI period, with such expenditures consistently accounting for a large share of the annual budget, and a much larger share than CDFs. Public expenditure, overall, seems to have been better aligned with international development goals than the sustainment of national patronage networks. Perhaps anticipating this argument, HHS suggest that public expenditure controls in Solomon Islands were so weak that all public resources allocated through the budget could be misused and diverted in the interests of national elites. But most international indicators suggest that Solomon Islands has both a relatively robust public expenditure management system and moderate levels of corruption relative to countries at similar income levels. Further, if we are to accept the argument that all public expenditure provides patronage channels for national elites, then why did national elites go to the trouble of establishing and resourcing CDFs in the first place? The establishment of CDFs cannot provide evidence that national elites resisted internationalizing rescaling in order to retain patronage channels if such patronage channels could have been maintained through all categories of public spending.

Finally, HHS argue that donors were consistently opposed to local-level accountability arrangements (such as would be served through the constitutional review process) because of their interest in rendering public institutions accountable to international development goals and agendas rather than domestic demands. But some of the largest donor programs during the RAMSI period (the World Bank Rural Development Program and the UNCDF Provincial Government Strengthening Program) explicitly sought to strengthen and distribute resources through local-level accountability mechanisms, including local government. While both projects arguably sought to bypass perceived pathologies of local political economy dynamics in the service of international development agendas, the rescaling strategies bypassed a national government that was perceived as ineffective and lacking sufficient downwards accountability. It is difficult to see why these projects should be viewed as serving donors’ ‘internationalizing’ agendas while broader decentralization through the constitutional review process should not.

Overall, HHS provide an innovative and thought-provoking theoretical framework. Their basic point – that alignment and misalignment of national elites’ incentives with the goals of international interveners was an important factor in determining the outcomes of specific reforms – is well made. But actual outcomes are only sometimes consistent with the predictions of the framework. Because the framework excludes important actors and their analysis omits the causal processes that led to observed outcomes, their argument ultimately proves difficult to specify in terms that would have any predictive power. Further, ‘alignment’ with the rescaling interests of a monolithic set of ‘national elites’ is simply not sufficient to explain reform outcomes in a context where all decisions are contested by multiple powerful actors tied into complex patronage networks, including in the private sector.

Tobias Haque is currently a PhD student at the State, Society and Governance in Melanesia Program at ANU, where his research focuses on the interaction between economic and political development under state-building interventions.

Shahar Hameiri and Fabio Scarpello presented their book International Interventions and Local Politics as part of a panel discussion at the Crawford School on 24 August 2017; listen to the podcast here.

[1] Their Solomon Islands case study is the focus of my review, but the book includes additional case studies from Cambodia and Aceh.

[2] Constituency Development Funds are discretionary funds provided for the direct use of Members of Parliament through the development budget. They are not subject to the same controls and accountability mechanisms as general government spending.