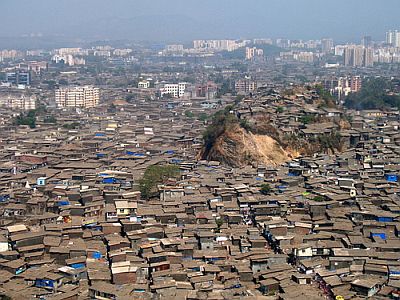 Unplanned urbanisation is not a new threat to environmental sustainability. The risks rapid population growth and the industrialisation of arable land pose to ecosystems and natural resources are well known. In recent years however, development agencies and experts have begun to recognise the detrimental effects this may have on urban health in developing countries. In underdeveloped regions rates of urban migration often accelerate beyond the capacity of the city’s infrastructure and job opportunities. This results in unplanned and poorly managed urbanisation and which can lead to the development and expansion of slums, shanty towns and squatter and informal settlements. Such living conditions expose inhabitants to a number of potentially detrimental social changes as well as associated urban health risks. In order to prevent these health threats it is necessary to meet population growth with sustainable urban planning and resilient infrastructure. Investment from both the public and private sector is required to moderate the impacts of urbanisation, ensuring the expansion of healthy and inclusive urban communities.

In 1950 30 per cent of the world’s population lived in urban centres. Unprecedented urban growth saw this number increase to 50 per cent by 2008 and, today, this trend shows no signs of slowing. Consider that 35 per cent of people living in towns and cities in South Asia live in slums; in sub-Saharan Africa, 61.7 per cent.  In most cases, migrants relocate to urban centres in search of employment opportunities and improved access to social services, including healthcare and education. The positive social impacts of urbanisation are many; however, such benefits are not consistently available to every migrant. Moreover, they do not offset the negative consequences overcrowded and under-resourced urban areas pose to the community’s health.

Impoverished neighbourhoods are seldom able to provide their inhabitants with sufficient healthcare and social services. Inadequate water and sanitation systems as well as ineffective waste disposal facilities struggle to support growing populations. This is further complicated by factors associated with city living – increased water, air and industrial pollution, not to mention the surge in alcohol and drug abuse, tobacco use, unhealthy diets and lack of exercise. These factors are likely to boost rates of non communicable diseases, including cancer, and exacerbate social instability and mental health issues. Dense populations may contribute to a rise in communicable diseases while increased access to and circulation of intravenous drugs can enable the spread of HIV/AIDS. Overcrowded living conditions often perpetuate higher crime rates, including gang and drug-related violence.

Familiar in recent memory is the threat of natural disasters to underdeveloped regions. According to Extreme Weather and Natural Disasters over 95 per cent of people killed by natural disasters are from developing countries. The inadequately constructed shelters and crowded living conditions brought on by poorly managed urbanisation are particularly vulnerable to disasters. These risks were realised in the aftermath of the earthquake that devastated Haiti in January 2010. The damage was exacerbated not only by Port-au-Prince’s dense population but by the lack of infrastructure – roads, electricity and sanitation – which made it impossible to access certain parts of the city where people were affected.  This highlights how vital sustainable urbanisation and resilient infrastructure are for the future health and safety of urban communities.

Aside from the associated health risks, urbanisation is related to social inequality and threatens community cohesion. Inadequate urban planning is particularly detrimental to minority social groups who may suffer further marginalisation on the basis of, among other factors, their race, class, religion, sexual orientation or gender. The alienation of vulnerable groups, including the elderly and those with disabilities, could lead to higher rates of mental ill health and substance abuse. Access to educational resources within impoverished urban centres is crucial in promoting sexual health, particularly among women.

Since 2000 the Millennium Development Goals have provided much of the framework for development aid, including advances towards environmental sustainability, as denoted by MDG 7. However, MDG 7D – to have achieved a significant improvement in the lives of at least 100 million slum-dwellers by 2020 – seems to have slipped somewhat under the radar. This could be because of its awkward location in the list (under Environmental Sustainability), or perhaps because the term “slum” may not include the millions of people in squatter or informal settlements. What is surprising is that, unlike other goals, a definite target number is given instead of a percentage or ratio. Arguably, this objective does not take into account the rapid growth of the population living in impoverished urban communities.

There have, however, been global efforts to highlight the importance of sustainable urbanisation. Particular to our region, in May this year the Papua New Guinean Government launched the National Urbanisation Policy (NUP). This provides a framework focused on maximising the positive impacts of urbanisation while addressing its potential negative consequences. The NUP calls for the provision of crucial infrastructure and services alongside improved capacity to better manage urbanisation and development. This process must be fostered through just and democratic governance as well as transparent partnerships with the private sector. PNG has taken an assertive step in the right direction but, at this point, we are a long way from alleviating the pressure urbanisation places on developing communities globally. As there is no likelihood that urbanisation will reverse any time soon, we should consider urban health a potential gap in development. This is an opportunity for public and private sector investment to build and sustain safe urban centres for present and future generations. Sustainable communities are built from the ground up and planned urban development is an increasingly difficult task as areas are inhabited by squatter populations. Introducing effective and accessible services to slum or informal settlements would prove more costly and disruptive. Early measures should be taken to establish basic amenities and infrastructure around which urban settlements can grow; their populations supported by investment in necessary health and education facilities. A proactive approach to urban health will provide opportunities for both the public and private sector while working to mould our growing cities into sustainable, inclusive and healthy environments.