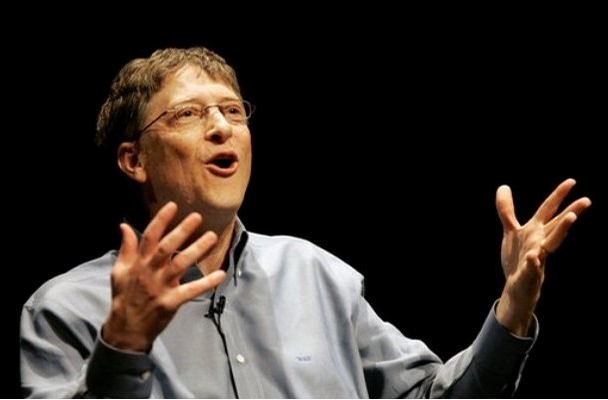 The Bill and Melinda Gates Foundation is a relative newcomer to the aid scene, but having committed $25 billion since 1994 and with $37 billion in the bank it is a key player. And with this new money has also come new business-based ideas. A new discussion paper from the Development Policy Centre looks at the lessons and opportunities for traditional donors such as Australia.

Business philanthropies that support international development are not new. The Rockefeller Foundation has provided a cumulative total of more than $US 14 billion in current dollar since its inception in 1913 and claims to have provided more foreign aid than the United States Government up until World War Two.

What is new is the scale and reach of the new “philanthrocapitalism” typified by the Bill and Melinda Gates Foundation (BMGF). Total grant commitments since inception of BMGF in 1994 now total $US 24.8 billion.  Grants have been provided to over 100 countries, and each of the 50 states within the US.  The Asset Trust Endowment is now $US 37.1 billion, making it the largest in the world. The annual amount spent by the Gates Foundation on global health was almost as much as the World Health Organisation’s annual budget.

The Australian Government’s aid program is scaling up, with the intention of reaching 0.5 per cent GNI by 2015/16. Much of this welcome scale up will be managed by AusAID. In identifying strategies for scale up, AusAID could collaborate, complement, compete with or copy the BMGF approach, depending upon the circumstances.

Collaboration can – and has – occurred between BMGF and AusAID  in program areas of common concern, such as maternal and child health. Collaboration has also occurred in knowledge generation. For example, AusAID, BMGF, and the University of Queensland collaborated in estimating the costs of scaling up proven interventions for maternal and child health in Asia. Arguably, the combination of these three institutions working together magnified the profile and reach of the work much more so than if each had acted separately.

AusAID and BMGF can also complement each other’s strengths. AusAID has excellent, ongoing, access to key Government policy makers throughout Asia and the Pacific; is experienced in service delivery; has professional and experienced staff posted across the Asia and Pacific; and has a scholarships program that builds capacity.   BMGF has excellent access to scientific research in health; has convening power amongst many stakeholders including the private sector; and is deeply and widely engaged in Africa.

However, in some circumstances, AusAID and BMGF may be competitors. Both are grant, untied, financiers chasing viable development opportunities. Both wish to recruit good, experienced, international and local talent. Both operate in the same sectors in the same countries: potentially with quite different policy advice to Government. BMGF are increasingly likely to win policy debates at the country level, at the expense of AusAID views, unless AusAID continues to build up its own in–house technical expertise, and invest more in operational research. Both BMGF and AusAID are also likely to compete for influence and ideas on the boards of international organisations.

AusAID could also copy some of the BMGF approaches, particularly the emphasis given by BMGF to rigorous operational research.  Access to finance is rarely the binding constraint to development in fast growing Asia or the aid supported Pacific, but access to useful and usable knowledge is. Developing countries often know what to do, but are less sure about how to do it in their own country circumstances. Consultancy based advice is no substitute for field based operational research and assessment of the counter–factual.

BMGF have invested heavily, and strategically, in field experiments that yield rigorous results, exploring the counter – factual, that can then form an evidence base for shaping policy. They fund top class research institutions to undertake ethical, randomised, or quasi experimental, interventions and invest heavily in collecting and interpreting the data. They then fund dissemination of peer reviewed results in high impact journals such as The Lancet. AusAID could and should copy this commitment to operational research, especially as it scales up itself. There are good, sound, practical approaches available to draw on.

Perhaps the most strategic implication for AusAID is the competition that BMGF and similar organisations introduce into the international aid architecture. Twenty or thirty years ago, Australia’s choices for allocating large sums of ODA were limited to the World Bank, the Asian Development Bank, and certain UN agencies. Importantly, those agencies knew that there were reasonably limited choices available for Australia too. Threats by Australia to reallocate or reduce funding unless those organisations stepped up their reform agendas were seen as just that: threats. These days, Australia and other development partners are under even sharper scrutiny to demonstrate “results” including from the multilaterals and UN.

But Australia and other development partners now have real options, especially in international health where non – traditional institutions are increasingly present. In principle, part of Australia’s rapid scale up of funding could just as easily go to GFATM, GAVI, Clinton Foundation, or BMGF as it could to the multilaterals and UN. Just the availability of those new options therefore gives Australia enhanced, credible, negotiating coin in its replenishment negotiations with the multilaterals and the UN. If they don’t pursue their reform agendas as purposefully as they claim they will, some of the additional “new” money from Australia’s scale up will go to the new, non – traditional agencies. Strengthening the hand of reformers within the large multilaterals and UN may turn out to be one of the more strategic impacts of an expanding Australian aid program, if coupled with the exercise of expanded choice.

Ironically, the very competition that Australia could use to push reforms could be used against it. The existence of large, untied, grant financing for rapid expansion of an immunisation program, sourced ultimately from BMGF, is an attractive option for a developing country government. It may well be seen as preferable in some circumstances to the alternative of Australian sponsored “policy dialogue” about governance and corruption. That would especially be the case if Australia was unable to consistently ground its policy dialogue in health on a strong evidenced base of operational research and deep technical expertise as BMGF do.

This post is based on a discussion paper for the Development Policy Centre, which can be found here.