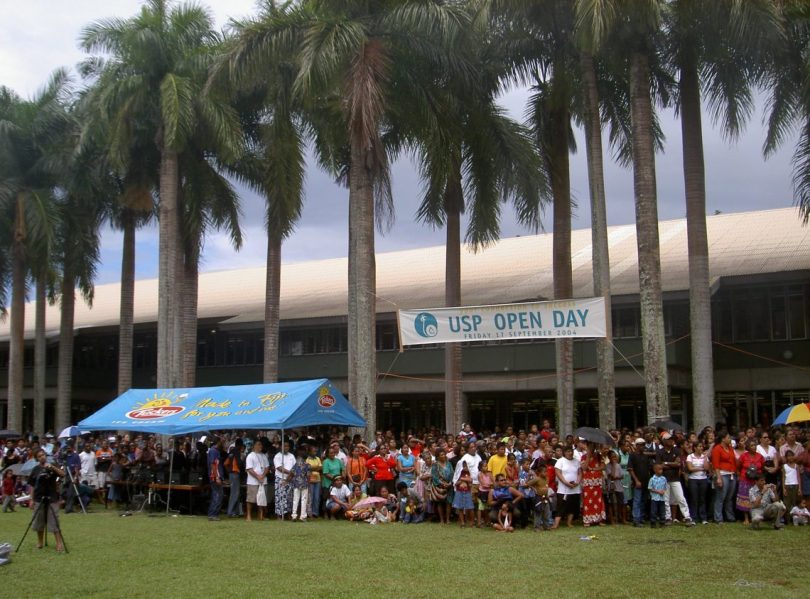 Ever since Pal Ahluwalia was appointed Vice Chancellor (VC) of the University of the South Pacific (USP) in November 2018 and announced an inquiry into the administration of his predecessor, Rajesh Chandra, the university has been divided and under siege.

Based on a paper by the new VC titled “Issues, Concerns and Breaches of Past Management and Financial Decisions”, accounting firm BDO Auckland was appointed in June 2019 to conduct an investigation. In August, the University Council appointed a commission to implement the recommendations of the BDO report. Then the BDO report itself was leaked to Pacific media earlier this year, and, to put it mildly, brought to light some pretty murky goings-on under the previous regime.

Not much later, however, allegations of financial mismanagement were raised by the chair of the University Council’s Audit and Risk Committee, Mehmood Khan, against VC Pal himself. As a result, the VC was suspended, but only on the authority of the executive committee of the Council (lead by Pal-protagonist Pro Chancellor Winston Thompson) rather than the Council itself (most of whom seem to be strong Pal supporters, especially Council Chair and Nauruan President Lionel Aingimea). Following protests by staff and students, the full Council met and restored Pal, terminating the investigations against him.

That was in June of this year, but unfortunately it was not the end of the matter. A few weeks ago, the Fiji government, the university’s largest contributor – because it has the most students enrolled – announced that it was suspending funds to USP on the grounds of concerns around university governance under Pal. Other Council members, as well as staff and students, are still supporting Pal – who has now taken legal action – and are calling on his main attackers (Khan and Thompson) to step down. A recent USP Council meeting failed to resolve the matter, with the five Fijian council members (led by Fiji’s Attorney General Aiyaz Sayed Khaiyum) trying unsuccessfully to reopen investigations against Pal.

What does it all mean? Obviously it is bad news for the region’s premier university. Will it become more difficult for the university to attract foreign hires (Pal had worked earlier in the UK, the US and Australia)? And what does it mean for Pacific regionalism, given that USP is often cited as its shining success story?

USP “represents a unique and important example of regional cooperation, the world over,” according to Pacific Islands Forum Secretary General Meg Taylor.

“Since its establishment in 1968, this institution has remained one of our region’s greatest examples of regionalism and the benefits that ensue from pooling our collective resources for the betterment of our Pacific people.”

Fiji is a Pacific leader, and the beneficiary of the placement of USP and many other regional institutions in Suva. Eighty per cent of USP students and the majority of staff are Fijian, and a recent survey showed that for every dollar spent by the Fiji Government on USP, the country receives eight dollars in return.

So why is Fiji taking the provocative step of suspending funding?

I turned to Sandra Tarte, an expert on regional politics who herself has taught at USP for over 25 years. She explained that, when it comes to USP, regional cooperation is always impacted by national politics.

“Because Fiji is the largest member of USP in terms of students and in terms of being the host of the main campus, USP has had to carefully manage this relationship over the years. Fiji gets a lot of benefits from hosting the main campus but it also has a lot of leverage, given its share of funding to the institution. Unfortunately, in recent years there has been an escalating conflict; and this has now led to the Fiji Government’s latest ultimatum.”

“It is a very sad time for regionalism,” says Tarte. “We have seen this kind of thing between countries – for example when there was a tit for tat ban on flights between Fiji and Solomon islands following a stand-off between the civil aviation authorities of the two countries in 2014.”

“But I don’t think we have seen this overt flexing of muscles toward a regional organisation by a member state. And it is certainly not what could be called the ‘Pacific Way’ of handling the situation. Regional relationships – not just the operations of the University – are at stake,” she warned.

Pal’s attackers have changed their line from one of allegations of misconduct against Pal to a more general “disconnect” with the Vice Chancellor. But, these complaints hardly seem credible given the strong support the Vice Chancellor enjoys from all key stakeholders: staff, students and the majority of the Council. And, even if they are credible, suspending funding is hardly due process.

It is impossible to prove, but certainly highly plausible, that the real beef the current VC’s detractors have is the investigation into governance under the previous VC. Rajesh Chandra was USP VC for eleven years, is now the Fiji National University Chancellor and Chair of the Council, and is well known to be close to the Fijian government. The finding that, during his tenure, senior staff were “manipulating allowances to pay themselves hundreds of thousands of dollars they were not entitled to” is clearly embarrassing, not only to Chandra but to those associated with him.

As Shamima Ali, prominent USP alumna and human rights activist, puts it: “From the outset, it has always been clear that the Fijian government’s meddling into the affairs of the university was to serve its own personal interests, particularly of a few.”

What is unfortunate is that Fiji has been unable to rise above what is essentially an issue of domestic politics to exercise regional leadership. It exposes the hollowness of Fijian rhetoric, such as recent assurances by the country’s senior bureaucrats that “we all continue to work in service to our people and our Pacific region”.

The subordination of regional cooperation to domestic politics also undermines Fiji’s positions on other key regional issues. It is terrible timing when the country is trying to reassert itself with the Pacific Islands Forum (PIF). Having for years turned its back on the PIF to instead promote its rival Pacific Islands Development Forum, Fiji will play host to the PIF Leaders’ meetings next year. The USP conflict will surely undermine the chances of Fiji’s nominee for the position of Secretary General for the PIF. And it makes Fiji’s leadership on climate change, for example, seem less like a genuine attempt to avert regional disaster and more like a Fijian government public relations tactic.

Fiji’s behaviour throughout the Pal saga is hurting USP, but is also damaging its own regional reputation. The sooner the Fijian government learns that there are limits to its power, and that regionalism and the ‘Pacific Way‘ requires genuine talanoa and negotiated collectivism, sometimes at the expense of national politics, the better for Pacific regional cooperation, and for Fijian democracy.