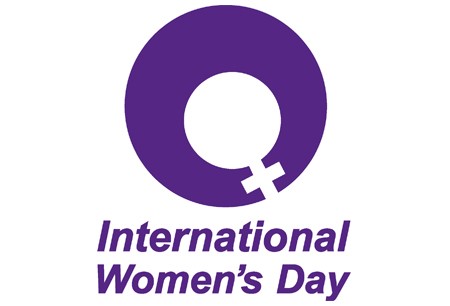 According to Médecins Sans Frontières (MSF), 76% of sexual violence victims in PNG know their perpetrator. While much needs to be done to improve the law and justice system for women and children in PNG, including enforcement of the Family Protection Act and passing the Lukautim Pikinini Act, this statistic shows that there is a major breakdown in PNG society at the family and community level. The testimonies of PNG women documented by Human Rights Watch (see here) are harrowing. Is enough being done at the community level to tackle this problem?

In this post I draw on my observations of and reflections on PNG society at the local community level to highlight what attitudes can and need to be changed, and how support mechanisms can be nurtured to tackle problems of family and sexual violence (FSV) in the absence of failing institutional support and political leadership on this issue.

Ahead of International Women’s Day 2016, MSF recently released a report [pdf] detailing the FSV problem in PNG and systemic failures to protect women and children. The evidence is overwhelming: 97% of the 3,056 people who sought care at MSF-run Family Support Centres in Port Moresby and Tari (in Hela Province in the Highlands) in 2014 and 2015 had injuries requiring treatment, and two-thirds had been attacked by weapons. Furthermore, 49% of cases of sexual violence occurred at home. Where do these victims go after suffering an attack?

There is some support available. Femili PNG, based in Lae, runs a Case Management Centre that helps victims find medical attention, emergency shelter, police protection and legal recourse. Haus Ruth, based in Port Moresby, also operates a women’s shelter, funds medical treatments for FSV victims, and works to promote women’s rights. These support services work, but they are highly limited in number and face many challenges. For example, Haus Ruth only has capacity to provide shelter for 30 women, vastly less than the extent of the problem in Port Moresby and surrounding areas.

Funding from domestic sources is highly limited and support from the international community can be unpredictable. MSF, for example, is soon to move away completely from their work on FSV, and while Femili PNG has funding from the Australian aid program until 2017, the future is uncertain. These challenges create a need for a more community-based approach to tackling the FSV problem.

In my community, where FSV is a problem, people step in to stop it where they can. However, that is where the intervention often ends. Ongoing community support for FSV victims is needed.

Imagine this: a husband beats up his wife and the community steps in to stop it, but this time there is a community support group that provides shelter elsewhere, in a supporting environment. With the help of local businesses the group is then able to provide food, transport for medical attention, and help when dealing with police and the judicial system. Also, imagine a men’s-based support group that encourages men to find non-violent means of resolving disputes. These community groups can exist and function, but how do we make them happen?

First, communities need to know that they can help themselves, even without external support. There may be many people willing to help when FSV occurs, but attitudes in many cases need to change in order to break down a reluctance to interfere when violence occurs within homes in the community. FSV victims also need to know that they can seek help within the community rather than suffer in silence. Bringing the community together to provide this support is difficult without some sort of catalyst and agreement that action is a high priority.

In my urban-based community there is a clan-based system connected to the church, which could set up a group to support victims of FSV. For instance, a community group could find spare rooms to house victims rather than let them return to their abusers. Yet to my knowledge this is not yet happening at a general level. Some stimulus is needed, including small amounts of funding, but funding is not likely to be provided when community action is yet to be demonstrated. Funding support in my community can be sought from the Women’s Representative at the local level government (LLG). However, most LLGs are large and so support from this source is not likely to go far.

Service Improvement Program funding (at the district and provincial levels) would seem an ideal source for community-driven FSV support groups, given that it is designed to fund delivery of services at local levels. However, members of parliament, in effect, directly control the allocation of this funding and, as all but three MPs are male, I am yet to be convinced that this issue is a high enough priority for them. On this I hope to be proved wrong.

Other national-level sources of funding could also be harnessed, but limited government revenue is already committed to “nation-building” projects such as the 2018 APEC Summit, 2016 FIFA U-20 Women’s World Cup, and PNG foreign aid to the region, on top of the hugely costly 2015 Pacific Games in Port Moresby. Once again, prioritisation is key to solving the FSV problem in PNG.

Even in a constrained funding environment, strong leadership can make a substantial difference to the creation and nurturing of community-based organisations tackling FSV. Business leaders can play an important role (see here for an example) and political leaders more so, but they need to match words with actions.

Despite the lack of resources, one community-based group, the Highlands Women Human Rights Defenders Movement, is supporting a number of grassroots and community-based organisations in the PNG Highlands who are in large part focused on all forms of violence against women. This is an example of positive action to deal with specific problems in specific communities.

Communities in PNG can do a lot to help themselves. Events such as International Women’s Day (IWD) can be a great vehicle for building momentum on this. However, despite IWD events being held around the world today, no official events are being advertised for PNG. While much is said about FSV in PNG by the international community, it is time for Papua New Guineans, rather than outsiders, to have this discussion, find solutions that work, and do it now.

Logea Nao is a Devpolicy Associate. She is currently undertaking her Masters in International and Development Economics at Crawford School of Public Policy, ANU and was a 2014-15 recipient of the Greg Taylor Scholarship.

Logea Nao is a Research Fellow in the Property Sector Development Research Program at the Papua New Guinea National Research Institute, and a 2019 Visitor at the Department of Pacific Affairs, Australian National University.