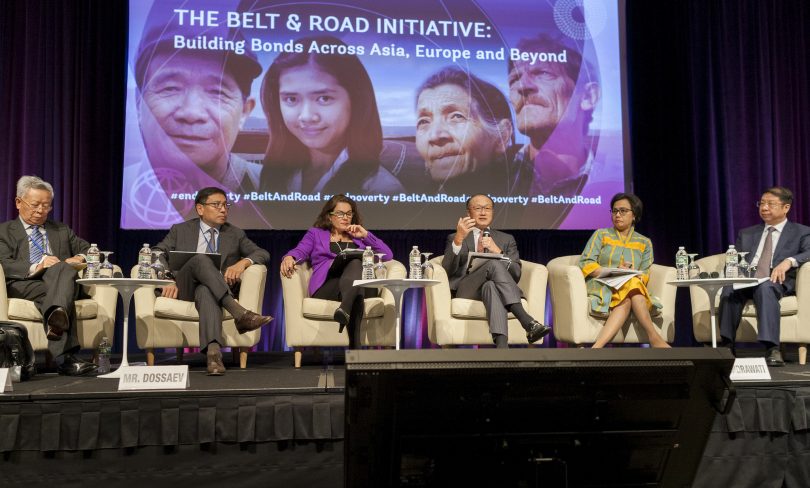 Allegations that China is aiming to build a military base in Vanuatu have highlighted the strategic and political implications of Chinese interests in the Pacific. There is still uncertainty about the veracity of claims made about China’s military intentions; however, there is little doubt that China’s influence in the region is growing. Chinese engagement is set to increase further as Pacific countries sign up to its Belt and Road Initiative. This blog focuses on the implications of China’s growing soft power in the region by examining Chinese investment in one of Vanuatu’s neighbours: Papua New Guinea.

As PNG prepares to join China’s Belt and Road Initiative, Prime Minister Peter O’Neill has stated that his administration is entering “very tough negotiations” with Beijing to ensure that PNG’s interests are put first. O’Neill has announced plans to crack down on business dealings with China by reserving certain industries for domestic businesses and mandating local participation in Chinese projects. Yet the nature of Chinese investment raises the question of whether PNG is truly ready to tighten its belt on China’s Belt and Road Initiative.

Concerns about Chinese investment in PNG are not new. Some argue that the increased flows of non-conditional and commercial investment from China have exacerbated corruption and mismanagement. Investments by Chinese companies in PNG, such as the controversial Ramu nickel mine, have received particular criticism. A small number of researchers, including the ANU’s Dr Graeme Smith (see here and here), are asking questions about the implications of growing Chinese investment on governance and development outcomes in PNG.

Their concerns are supported by analysis of data from the China Global Investment Tracker, which monitors Chinese investments of over US$100 million. It reveals that between 2005 and 2017, only two Chinese companies were awarded multiple contracts worth over US$100 million by the PNG government. These two companies, China State Construction Engineering Corporation (CSCEC) and China Communications Construction Company (CCCC), share one concerning trait: they were both blacklisted by the World Bank for fraudulent, corrupt, collusive, coercive or obstructive practices.

It must be noted that the World Bank blacklist has no impact on national or private deals and only prevents blacklisted companies from securing contracts that are financed by the World Bank. PNG is also far from the only country that has procured the services of CCCC and CSCEC, which are two of the largest companies in their industries globally. Yet the blacklisting casts doubt over their accountability and effectiveness.

CSCEC was blacklisted by the World Bank for fraud, corruption or collusion from 2009 to 2015 but was still engaged for a project in PNG in 2014; this was in addition to another project in 2016, the year after the ban was lifted. These projects were cumulatively worth at least US$430 million. While neither of these CSCEC projects generated significant controversy, the same cannot be said for CCCC investments in PNG.

Although CCCC and its subsidiaries were blacklisted by the World Bank for fraud from 2011 to 2017, it invested at least US$590 million through three separate projects in 2012, 2013 and 2015. While the latter two projects are reportedly on target, PNG is still suffering the fallout from the CCCC’s first project in PNG: the Lae port.

While construction was ostensibly completed in late 2014 by China Harbour Engineering Company (CHEC), a subsidiary of CCCC, the discovery of significant structural defects prevented the port from becoming fully operational. Government reports allegedly found that CHEC’s defective work will cost more than US$62 million to rectify, but the O’Neill administration has refused to publicly release the findings of government inquiries into CHEC’s mismanagement. By failing to do so, the PNG government has prevented the public from knowing about how mistakes occurred and what measures are needed to prevent similar errors in the future.

Kumul Consolidated Holdings, the PNG authority that controls national assets, claimed that CHEC accepted full responsibility. However, then-opposition leader Don Polye accused CHEC of refusing to cooperate with the PNG government to repair the port. Rather than avoid working with CHEC again, the PNG government was accused of shortlisting CHEC to complete the second phase of development of the Lae port before the tender process was even announced.

Concerns about CHEC’s role during the construction phase of the Pacific Games have also been raised. Some believe that the contract may have been inflated to allow for large-scale embezzlement. Whether this is true or not, the PNG government’s history of rewarding companies that are implicated in corruption and produce poor development outcomes casts doubt over whether the country’s politicians can negotiate deals that prioritise the interests of PNG’s citizens.

This is concerning because Chinese investment, through its Belt and Road Initiative, is about to significantly ramp up. PNG has signed three Memorandums of Understanding with China worth US$3.5 billion — almost a quarter of PNG’s GDP. All of these lucrative projects will be delivered by the China Railway Group. Although the company has not been involved in any significantly controversial deals in PNG, it was blacklisted by the Norwegian Oil Fund for committing “gross corruption” and has been implicated in human rights abuses by Amnesty International. Without rigorous and transparent monitoring mechanisms, it is possible that these projects could create further opportunities for mismanagement, and corruption.

With the PNG government facing a fiscal crisis, China’s Belt and Road Initiative offers welcome infrastructure investment. However, this initiative also raises concerns about the effectiveness of Chinese investment and the ability of PNG to keep firms (from China and elsewhere) accountable. While the rumours about a Chinese military base in Vanuatu has received a great deal of attention, more analysis is needed to better understand the potentials and pitfalls of growing Chinese investment in PNG and the region.

Sarah O'Dowd is a Research Student at the College of Asia and the Pacific at ANU.