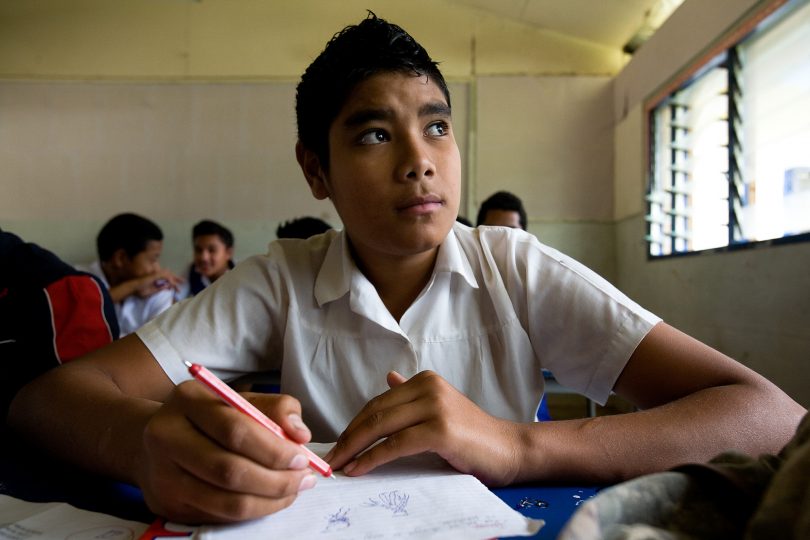 I once asked a large group of schoolchildren in Tonga where they wanted to live their lives, and the answer shocked every adult in the room.

I’ll tell you want happened shortly, but to illustrate it’s significance, let’s look at a recent development in the Kingdom.

The news that Tonga’s Prime Minister, Akilisi Pohiva, has acknowledged that his nation will in fact have to pay back Chinese loans has come as no surprise to… well, anyone except perhaps some people in the Tongan government. Mr Pohiva is still struggling with the concept of having to repay the more than $100 million in loans, taken out to rebuild Nuku’alofa following the devastating 2006 rioting and arson, which, by the way, many of his followers had a hand in starting.

He’s now told the Samoa Observer the issue of his country and others in the Pacific struggling to repay loans needs to be addressed at the next Pacific Islands Forum in Nauru: “We need to discuss the issue. All the Pacific island countries should sign this submission asking the Chinese government to forgive their debts. To me, that is the only way we can all move forward, if we just can’t pay off our debts.”

This is about as likely to work as if I tried asking my bank manager to just write off the rest of my mortgage.

Tonga’s money woes will mean there will be less government expenditure, fewer services, and less of a future for it’s next generation. But amid all the usual talk of loan repayments, GDP growth rates, sustainable population, and spending on education, it’s been clear for a while now that the future of smaller Pacific nations like Tonga is being determined not so much by the cold equations of economics as by the way it’s children feel. For many of us who read the Devpolicy Blog, facts, figures and studies are our meat and drink, but we should remember that emotion, rather than just rational calculation, plays a key role in people’s choices.

This was brought home to me strongly in 2007 when I went to Tonga to cover the first elections under the new, more democratic system in which the majority of MPs would be elected by the people. People seemed very happy and excited about the new system, so I went to Tonga High School to do some interviews with some of the senior pupils, expecting some optimistic quotes about their bright future in the new Tonga. But before I got to speak with some students one on one, the deputy headmistress got me to give an address to the morning assembly about the job of a foreign journalist covering the election. This went off as well as such speeches ever do, but at the end I decided to do an impromptu poll of the nearly 800 students gathered in front of me. I asked them for a simple show of hands and then asked how many of them wanted to live and work in Tonga, and how many wanted to go to New Zealand or Australia or the United States instead?

I, the deputy headmistress and some of the teachers standing in front of the school assemble were expecting a feel good  result, showing the country’s brightest kids at a selective, elite school being optimistic about their nation’s future and their part in building it. Except out of 800 students, guess how many wanted to stay in Tonga? Eight. Only one per cent of the best educated kids in Tonga felt their future lay there. They wanted to leave. I stood there with my mouth hanging open, and turned to the teachers next to me, who were similarly shocked at the result. It was a punch in the gut I’ll never forget.

Loan repayments, comparing population growth to economic growth, trying to grow the private sector, securing overseas investment… all these things that many of us spend our time and effort on in an effort to help Pacific nations grow and thrive seemed to dwindle away into insignificance when I saw those eight hands go up out of the 800 students present.

Afterwards I spoke to some of the senior students and with only one exception they told me that while they loved their families, their language, nation and culture, places like Auckland, Brisbane and San Francisco offered more choices, better economic security and a better future than Tonga could.

If small island states are to flourish, there’s nothing wrong with their people being able to live and work in developed nations and send remittances back home. But to have so much potential talent prefer that to staying at home is a real hurdle that needs to be overcome. Chinese loans are just a distraction.