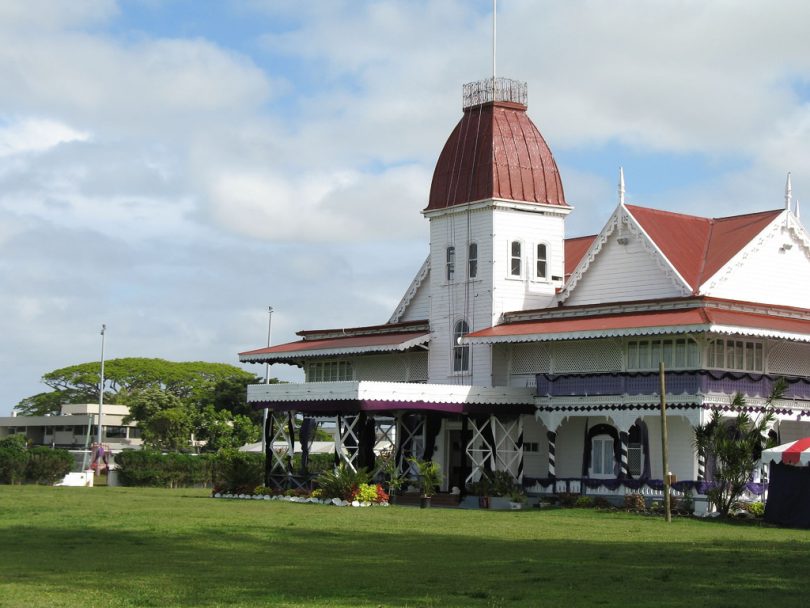 Last month Tonga’s parliament was unexpectedly dissolved more than a year ahead of the planned date of the next election. The unprecedented move to dissolve the Legislative Assembly of Tonga by King Tupou VI came as a surprise to most observers of Tongan politics and many of Tonga’s sitting MPs, including Prime Minister ‘Akilisi Pohiva.

In 2014, the then 73 year old Pohiva became Tonga’s first democratically elected prime minister after a long career as an MP and pro-democracy campaigner. While he promised his Government would bring greater transparency and a focus on the principles of good governance, Pohiva came under fire from Opposition MPs for doing the opposite. News reports have revealed that King Tupou VI made the decision to dissolve the parliament based on the recommendation of the Speaker of the Legislative Assembly, Lord Tu‘ivakano, a Noble and former prime minister.

Tu‘ivakano advised the King that the Pohiva Government was in disarray and that a number of key actions taken in recent months demonstrated a disregard for the rule of law and Tonga’s Constitution. One example given was a recent proposal by the Government to remove the right of the King to appoint the Police Commissioner and Attorney General, a long-standing arrangement that many Tongans see as important to maintaining a separation of powers. Another was the Government’s retention of a foreign exchange levy implemented to finance the preparation for the 2019 Pacific Games, which Tonga agreed to host, despite the Government terminating its hosting contract in May of this year.

Pohiva has openly accepted the King’s constitutional right to dissolve the parliament although he did not accept it was necessary and denied the claims made by the Speaker. Pohiva’s supporters have been vocal in both the news and social media saying that the King made the wrong call and was influenced by the Speaker who they argue, being a member of the nobility, was demonstrating that the elites of Tongan society had still not fully accepted a Government led by a commoner.

Noble and Opposition MP, Lord Fusitu‘a, one of the Pohiva Government’s strongest opponents, says the King is not easily influenced and that he made the right decision to allow a new mandate to be sought from the public. Fusitu‘a argued that Pohiva’s Government committed numerous “breaches to the Constitution, the rule of law, and contraventions of democratic principles” citing examples of major restructuring of public enterprises that were made outside the required legislative process, and signing international treaties without the King’s consent, an explicit requirement of the Constitution.

Fusitu‘a said the parliament had exhausted all other options available to address serious concerns about the Government’s actions; “the dissolution mechanism was the only remaining independent ‘check and balance’ available to get things back on track. It is purely a reset by the referee [the King] of the game, and was well within the rules. The referee has seen enough to justify clearing the playing field for a new start”.

His comments were echoed by Pesi Fonua, a leading commentator and publisher in Tonga, who penned an opinion piece calling Tongans to “wake up”, stating that politicians had demonstrated contempt for the rule of law and that the dissolution was “a siren call for all Tongans that [the Government had] fallen off the track”.

In 2014, Pohiva received 15 of 26 votes (although it is widely known none of the 9 Noble’s Representatives supported him) but he gradually lost the support of his members, first demonstrated by an unsuccessful motion of no confidence against his Government in February of this year, which saw only 14 votes in his favour. It has also been reported that Pohiva lost the support of two senior members of his Government, the Deputy Prime Minister and Finance Minister, who he sacked earlier this month accusing them of conspiring in the moves by the Speaker to have the parliament dissolved by the King.

Pohiva remains caretaker prime minister until a new parliament is elected on 16 November and while initially saying publicly that he would stand again, it has since been reported that he had been considering retirement and will decide after consulting family and colleagues.

King Tupou VI, 58, is Tonga’s head of state who succeeded his older brother to the throne when the latter died unexpectedly in 2012. Tupou VI inherited the throne in a new era of Tongan democracy as his older brother had approved an increase in People’s Representatives from 9 to 17 while keeping the number of Noble’s Representatives at 9. He also voluntarily surrendered a range of powers including delegating Executive decision making to the Cabinet and allowing the parliament to elect its own prime minister (whereas previously the King decided, and Cabinet simply implemented the decision).

King Tupou VI is a former prime minister of Tonga and served for a number of years as Tonga’s High Commissioner to Australia based in Canberra. He has been praised in recent years for keeping out of Tonga’s day-to-day political affairs and his decision, while criticised by some pro-democracy campaigners, has largely been seen as an acceptable intervention by the monarch under exceptional circumstances.

Areti Metuamate is a Pacific Studies PhD Scholar at ANU and an Adjunct Principal Research Fellow at James Cook University.

Areti Metuamate BA (Hons I), MStud, MACEL is an Indigenous researcher currently completing a PhD in Pacific Studies at the Australian National University. He is also an Adjunct Principal Research Fellow in The Cairns Institute at James Cook University, a Kairangahau (Researcher) for his tribe in New Zealand, and a Fellow of the ANU’s Fenner Hall. Areti’s professional background has been in management roles in university colleges (Deputy Head of Residence at ANU’s Toad Hall, Vice Master of Wesley College at the University of Sydney, Senior Residential Advisor at Weir House, Victoria University of Wellington), and policy and management roles in the public service in both Australia (ACT Education Department, and the Teacher Quality Institute) and New Zealand (Ministry of Justice, NZ Parliament, and Department of Internal Affairs). Areti is also a member of the Asia NZ Leadership Network.