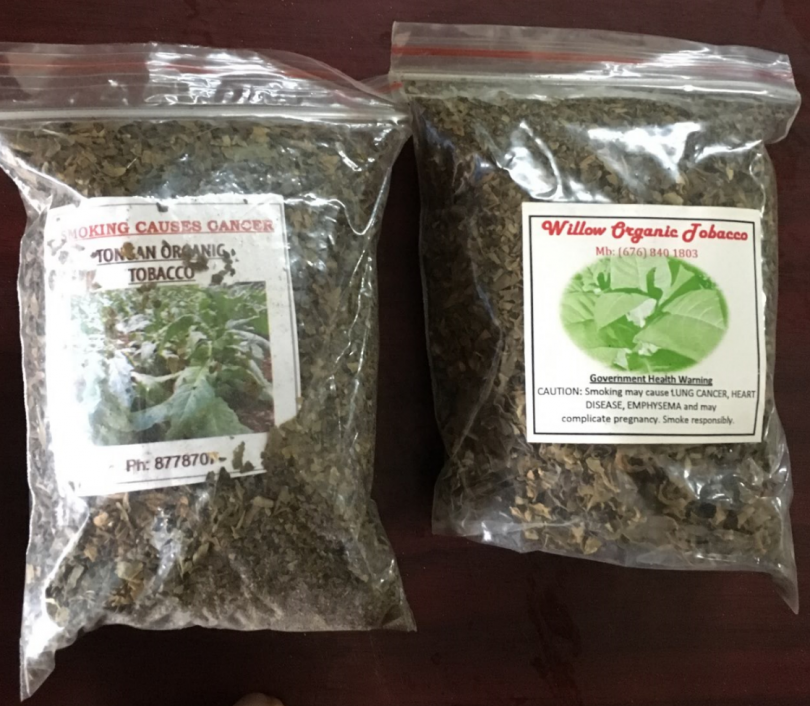 All four major non-communicable diseases (NCDs) – diabetes, cardiovascular disease, cancer, and respiratory diseases – in Tonga are on the rise. According to the latest WHO data, NCDs accounted for four out of five leading causes of deaths in Tonga, which is among the highest in the Pacific.

Risky behaviours such as smoking, poor diet, harmful alcohol intake, and physical inactivity are acknowledged as the major contributing factors to the increase of NCDs in Tonga. Almost one in two men smoke, and smoking also appears to be increasing among young women in Tonga.

In response to rising NCD rates, the Tongan government has gradually introduced taxation measures aimed at reducing the consumption of unhealthy products. In mid-2013, the excise tax on cigarettes was increased from TOP 210 (US $91) per 1000 cigarettes or per kilogram to TOP 250 (US $109) for imported cigarettes, and TOP 200 (US $87) to TOP 238 (US $104) for locally manufactured tobacco/cigarettes, and the tobacco concession for inbound travellers was reduced from 500 cigarettes to 250 cigarettes.

In July 2016, the government further increased taxes on imported cigarettes by nearly 50 percent to TOP 380/1000 sticks, compared with TOP 255/1000 sticks in the previous year.

As per the figure below, cigarette sales have dropped in both years the government imposed the tax increases. However, sales rebounded in 2014-5 and 2015-16, when there were no significant changes to the tobacco tax rates.  This may indicate that the increase in 2013-14 was not large enough. 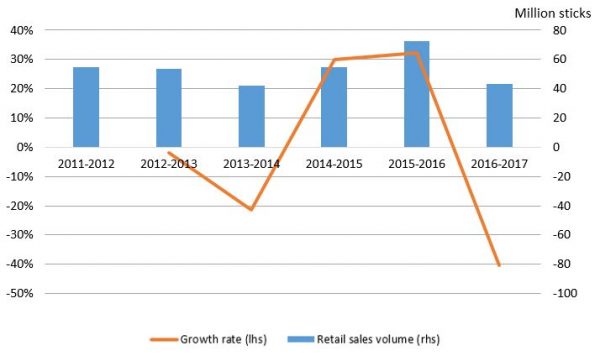 Further, the survey we have conducted shows that approximately 20 percent of smokers have shifted from consuming manufactured cigarettes to hand-rolled tobacco leaves called Tapaka Tonga, which is not subject to excise tax. The shift to Tapaka Tonga is alarming and will dilute any positive health impacts resulting from the tobacco tax policy.

Tapaka Tonga is cheap, costing less than half the price of a pack of cigarettes, and widely available in shops throughout the country. It is common for Tapaka Tonga to be labelled organic and to lack appropriate warnings. This may have contributed to the general misconception among a significant part of the Tongan population that Tapaka Tonga is not harmful or is less harmful to health than manufactured cigarettes.

In summary, tax increases on tobacco have helped to reduce demand for cigarettes. However, the growing use of Tapaka Tonga as a substitute for more expensive manufactured cigarettes needs to be addressed urgently, or the full benefits of the tobacco tax policy will never be realised. Tonga should also consider introducing a tax on Tapaka Tonga, along with additional interventions, including health education campaigns on the harms and health impacts of all tobacco products, and policies to prohibit smoking in all workplaces and public places.

Note: This blog reports preliminary finding from a study conducted by the World Bank in collaboration with Australia DFAT, New Zealand MFAT, WHO, and Tonga Health Promotion Foundation. The full report will be available at the end of 2018.

Dr Sutayut Osornprasop (Tam) is a Human Development Specialist at the World Bank. He leads and supports the Bank's projects and analytic and advisory work in Malaysia, Myanmar, the Philippines, Thailand, and Vietnam, covering issues ranging from health financing, health system strengthening and HIV prevention to public finance, governance, decentralisation, and disaster risk management. He holds a PhD from the University of Cambridge.