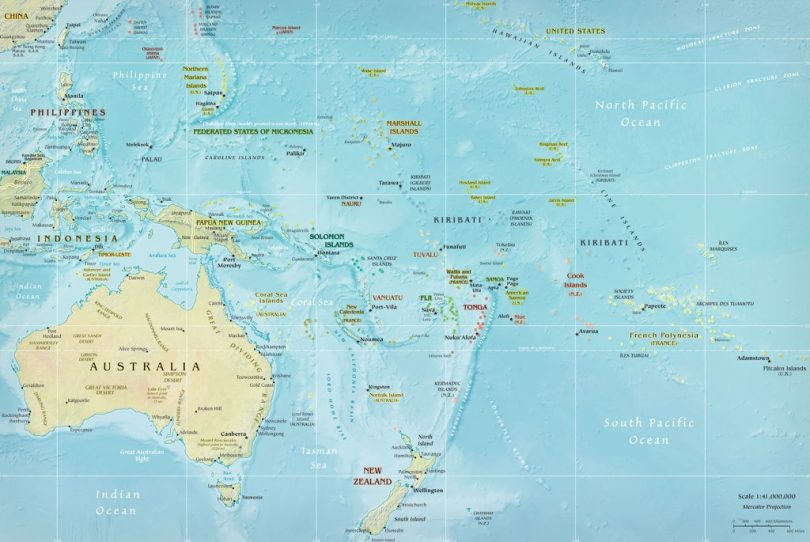 June 14 this year marked the signing ceremony of the Pacific Agreement for Closer Economic Relations (PACER-Plus) Trade Agreement in Tonga. Ten countries that signed included Australia, New Zealand (the “Plus”), Samoa, Solomon Islands, Nauru, Tuvalu, Kiribati, Cook Islands, Niue, and Tonga. That event should have been a keystone ceremony. It should have been deferred, given the torrid conditions that had prevailed in the trade negotiations and the conclusive meeting in April in Brisbane, Australia. Fiji, Papua New Guinea (PNG) and Vanuatu stayed away.

In this commentary, I offer a personal reflection on my disappointment that the key principles of governance and leadership, the cornerstones of the Pacific Islands Forum for more than four decades, have been diminished. PACER-Plus was to be an umbrella multilateral trade agreement between Australia and New Zealand with the 12 Pacific Island Countries. Amongst the political leaders that attended the ceremony in Tonga was Hon. Bill English, Prime Minister of New Zealand (NZ). His attendance is significant, in that it demonstrated New Zealand’s seriousness in continuing its close engagement with the Pacific island economies, and it re-enforces its national interests with countries that it has enjoyed close historical relations and a positive trade balance; Samoa, Tonga, Niue, Tokelau, Cook Islands and Tuvalu.

Absent from the Tonga ceremony were three large economies from the Melanesian Spearhead Group (MSG): PNG, Fiji, and Vanuatu. I refer to them herein as the ‘Anti-PACER-Plus MSG Trio‘. Their ‘boycott’ of a regional instrument is telling of a void in confidence of regionalism and leadership.

Solomon Islands broke ranks to become a founding Signatory country to the Agreement. (Ratification has yet to be completed by its parliament). The ‘bloc’ withdrawal of PNG, Vanuatu and Fiji from the Agreement is a betrayal of expectations on Pacific regional cooperation. I understand their concerns that “regionalism” should not be done to the detriment of national interests. As Secretary-General, I made that point clear on many occasions and some benefits have come to fruition, such as the labour mobility scheme, accredited training centres, and higher standards in various sectors.

In light of what transpired in Brisbane and Tonga, why didn’t those at the helm of Pacific regional organisations recognise the seriousness of politics and clear indication that the Anti-PACER-Plus MSG Trio were not interested in any trade agreement?

As ‘Founding Father’ of the twin strategies – Pacific Island Countries Trade Agreement (PICTA) and PACER-Plus – I am at loss to see a dearth of leadership to retain “Islander” solidarity. Without the Anti-PACER-Plus MSG Trio as Parties, the character of the PACER-Plus Trade Agreement resembles a ‘PACER-Minus’ framework. Inevitably, the countries that signed the Agreement hailed it as a major success, describing the event as “a win-win for all of our countries” and “a world class trade and development agreement.” But the outcome is disappointing and to suggest otherwise is to be ignorant of the rejection expressed by PNG, Vanuatu and Fiji.

During my term, a liberal conversation was dominant on global trade, regional action(s) for peace and security and improving livelihoods of Pacific islanders. Pacific island countries (PICs) were having a big impact at the United Nations as a group. PICTA and PACER-Plus were pillars of a broader vision to build a regional landscape and achieve the aspirations of PICs as part of a global community. The result was Forum Leaders adopting ground-breaking milestones, including Regional Assistance Mission for Solomon Islands (RAMSI), Pacific Plan, Pacific Development Assistance to Republic of Nauru, Nadi Declaration on Law Enforcement Cooperation, Observer Status to the COP (UN Framework Convention on Climate Change/Kyoto Protocol), High-Level Meeting between Heads of Regional Organisations and the UN Secretary-General, and Biketawa Declaration.

But now the Anti-PACER-Plus MSG Trio say PACER-Plus is bad for them. Their Governments defended their ‘infant’ manufacturing industries, which are generally trading successfully under the MSG free-trade Agreement. They feared that their local industries would be outdone and run-over by the more efficient and advanced manufacturing industries from Australia/NZ. Why didn’t they negotiate a better deal? The ‘rejection’ by the Anti-PACER-Plus MSG Trio has sent an unambiguous message to the Forum Secretariat and Partners. Without them, the Agreement isn’t a Pacific ‘flagship’ multilateral protocol. It falls short of achieving the goals of ‘regional’ trade and commerce. PNG, Vanuatu and Fiji’s absence is being hailed by civil society advocates against a PIC trade pact with Australia/NZ, but their policy discredits the Forum Communique that sanctioned PICTA and a PACER-Plus, and the principles of Pacific regional cooperation.

This policy by the Trio is akin to a PrEXIT – they exited before they even entered.

The new government of PNG, to be elected in July/August, must seriously look at how it will contribute in the future. They need to rise above their feelings that processes were steam-rolled to benefit developed Parties.

The MSG broke its spear well before fixing the framework. There is a better way for Pacific diplomacy. I am hopeful the new leadership will restore the spear. I thank the leaders that stood with me in our proud efforts to strengthen regional cooperation.

H.E. Sir W. Noel Levi, CSM, CBE, Kt. was the distinguished sixth Secretary-General of the Pacific Islands Forum from February 1998–May 2004; Member of Parliament for New Ireland Province (1977-1987). He also held a range of distinguished roles, including PNG’s Minister for Foreign Affairs, Secretary of Defence, PNG High Commissioner to the United Kingdom and Northern Ireland, South Africa, and Zimbabwe; PNG Ambassador to Israel, the Arab Republic of Egypt, and the People’s Republic of China; Secretary, Department of the Prime Minister & NEC; Advisor to Governor of New Ireland Province, Rt. Honourable Sir Julius Chan; Executive Head of New Ireland Autonomy Authority; and Board Member of Air Niugini. He is Chairman of the Council of Elders (Chiefs) and lives in his village, New Ireland Province, PNG.