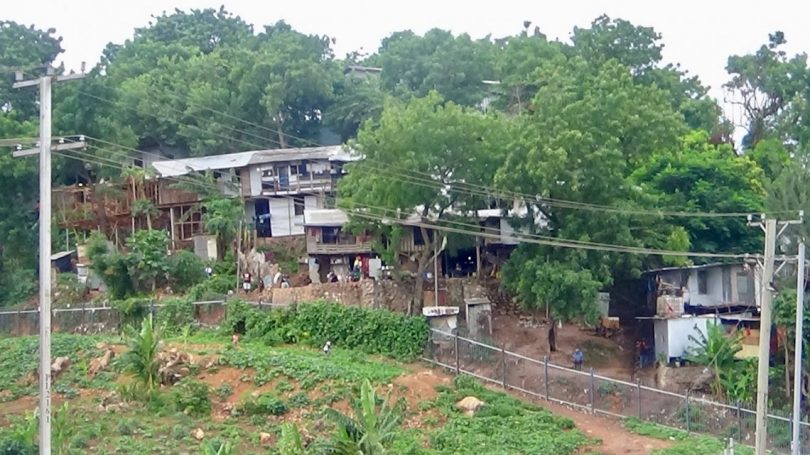 Garden Hills Estate residents in Port Moresby are on a daily basis living in fear of being attacked, their properties broken into and assets looted, their cars held up, or someone being killed at any time.

The stories about experiences of being victims of crime are as old as the estate itself and one just has to type Garden Hills into Facebook to read the various deplorable accounts. Others though have not shared theirs.

The pertinent questions today are what should law-abiding and taxpaying residents do about it. What is the municipal authority doing about law and order, as the stories are no secret? Should the residents live in fear and anxiety all of their lives? Are there community or national leaders on either side who are willing to grab the bull by the horns and address this scourge of criminality or otherwise find solutions to the problems?

Last month a youth from the estate was reportedly stabbed by an armed gang allegedly from the settlement area and a confrontation took place. It was mob retaliation and both groups were at each other but police intervened to quell what could have been a full-blown war, triggered and exacerbated by continuous criminality that no one seems to make an attempt to end.

Women at the estate live mostly in fear, and on Thursdays and Fridays it is almost mandatory that their male spouses escort them to the main Waigani bus stop near Kitpeng Building to board their work buses or company transport pick up.

My wife and I moved to the estate in mid-October 2019. Not long after, my wife was held up one Friday morning in November when I was out on duty travel. Six young men, who appeared intoxicated and high on drugs, ran up to her and put a knife to her at around 6.50 am, swore at her and demanded she hand over her backpack. One of the men put his hand in her pocket and pulled out her Huawei dual SIM phone.

Our housemaid who lives at the settlement and knew these criminals could do little to stop them, though she did call their names. They responded to her: “Bai yu mekim wanem (What will you do).”

The criminals ran up the hill, stood, smiled at my wife, waved and called back, Tata. She was assisted by relatives of our housemaid and was only able to get her backpack and work access card back.

A complaint was laid at the Boroko Police Station and although police entered the settlement, met with the parents of the criminals and reminded them to return the mobile phone, nothing has been forthcoming. The incident my wife endured has traumatised her and in many instances she dislikes walking the stretch of road from Moni Plus at Waigani Drive to our home.

Another woman shared just one among several incidents with me. She was held up at gunpoint at her home by nine men while she was doing a mumu for the Treasury Department in 2018. She told them boldly to wait and that when she finished, she would allow them to rob her home and take whatever they wanted. They may have been disoriented by the unexpected response from her during the initial act and did not take anything out of the house, although they were in there for several minutes – maybe wandering around, she said.

Nelson, a youth leader at the Garden Hills Estate, is responding by mobilising youths to establish a Neighbourhood Watch Program. In early February he met with the community and expressed what his vision is on behalf of his peers and set out his strategy. Each section should have its own group and a leader and they would communicate through WhatsApp and Facebook to watch each other’s back. How this would be ideally operationalised and sustained depends on how it’s planned and supported. At the very least, it’s better to start somewhere to address the problem rather than doing nothing.

The latest stabbing incident has prompted the community to step up its guard and explore opportunities to end these unwarranted crimes against civilisation. But the Garden Hills Estate residents need assistance to end these unacceptable and undeserving crimes committed against them. The municipal authority must come clean on how it is going to address criminal gangs and it should act.

Employed taxpaying citizens should not have to live in fear and anxiety because there are law and order issues that the state does not address. Community leaders at the Garden Hills settlement should engage with the youths and leaders at the estate and forge a practical, plausible and realistic approach to crime.

Together it is possible to weed out crime, but it must start now.

If you have any suggestions or ideas on how communities, police and the municipal authority can approach this issue, please leave a comment on this blog.

This is an edited version of an article originally published in the Papua New Guinea Post-Courier.

Elias Nanau is the Digital Editor at the Papua New Guinea Post-Courier.