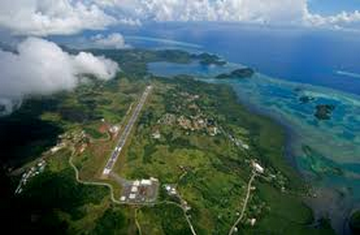 Over the next few days the presidents, prime ministers and premiers of small Pacific island countries—and of their two close neighbours, New Zealand and Australia—will gather for the annual Pacific Islands Forum in the Republic of Palau. For the government of Palau, the secretariat of the forum, and the central and foreign affairs ministries in the forum’s member countries, the event commands considerable attention. But what will it mean for the people of the Pacific?

There are compelling reasons for Pacific countries to work together—and getting together to talk helps the working process, especially in a region where good communications services are still lacking. Perhaps more fundamentally, talking can build shared identity and solidarity, which in turn can bring about change on the international stage: one of the early resolutions of the forum was a unanimous rejection of nuclear testing in the Pacific, and a call for the Government of France to heed obligations under international law to immediately halt their activities in the area. In more contemporary forums, countries have called on the United States to offer just compensation for their nuclear testing in the north Pacific. Some academic commentators suggest that this sort of “collective diplomacy” [pdf] underlies the ongoing legitimacy of the forum, and needs to be strengthened and built on (although there will be inevitable differences in state positions that make this difficult—as we have seen in recent news headlines).

Beyond the talking, though, people might rightly wonder: what work is being done? There are expectations that regionalism should bring not only resolutions, but new services and facilities visible on the ground. (As sometimes it has—the University of the South Pacific, and a few other pooled services, being cases in point). There are hopes, too, that regionalism will change lives and livelihoods: that it can support greater gender equality, protect human rights, progress labour mobility, reduce regional airfares, increase tourism, and equip Pacific people with the skills and technology to take on the world. Many of these expectations and hopes were expressed in the consultations and submissions [pdf] process for the Pacific Plan Review—a recent major assessment of Pacific regionalism by former Papua New Guinean Prime Minster Sir Mekere Morauta.

In order for regionalism to deliver on any of these possibilities, though, there needs to be political will at the national level. There is no Pacific equivalent of the European parliament: it is Pacific countries that make the decisions to engage in voluntary cooperation, and Pacific governments that sit in the ‘driving seats’ of the governing bodies of regional organisations, and of other regional meetings. As the region’s most robust and long-standing political/policy-setting meeting, the Pacific Islands Forum presents an ideal setting in which to foster cooperation and integration at the widest regional level. But our Pacific decision-makers, when they come together, need an opportunity to actually discuss the issues of greatest importance to their people, and to explore the many avenues that lead to their eventual consensus. Asking them to sign off on a folder full of regional updates and suggestions creates an impetus for difficult issues to be “noted”, rather than tackled.

In recognition of this, political leaders at the upcoming forum will consider a better way of doing business: a Framework for Pacific Regionalism [pdf], which—unlike its predecessor, the Pacific Plan—will not present a list of everything that is important to the region, but rather a process for identifying priorities worth tackling at the whole-of-region level. The framework was recommended by Sir Mekere Morauta and his review team, who urged that it be seen “as a framework for advancing the political principle of regionalism through a robust, inclusive process of political dialogue, the expression of political values about regionalism and sovereignty, and the decisive implementation of key, game-changing, drivers of regional integration.” The move away from detailing specific priorities was highlighted as necessary to ensure that the document wasn’t seen as a regional “wish list” for funding with more areas of coverage than could reasonably be overseen by leaders at any one time.

If it lives up to its promise, the Framework for Pacific Regionalism will support a tighter, more focussed forum agenda, with space for just a few ‘big issues’ to be discussed by political leaders at their annual retreat. It will promote the development of large-scale initiatives that bring together development partners, regional agencies and non-state actors with plans of action, rather than just good ideas. It will complement effective sub-regionalism. And it will support recognition for leadership to be shown in other areas: for ministers to drive regional cooperation through decisive collective action, for officials to provide direction to their regional organisations when they sign off on annual work plans, and for the vast range of actors outside of government to be involved in proposing and deciding what the region should focus its efforts on.

This is a lot to expect of a single framework document. And in reality, it won’t be the document that delivers: it will be the officials and decision-makers who use it guide their work. In fact, an essential feature of this new framework is that it moves our focus from lists captured in documents to processes enacted by people.

Pacific peoples should expect to hear from their governments on what this ‘new approach’ to regionalism is all about. And, in a region of so very many meetings, they should be right to at least hope, if not expect, that this upcoming one—the annual leaders’ forum—will bring some meaningful change.

Seini O’Connor is currently the Pacific Plan Adviser at the Pacific Islands Forum Secretariat. The views presented in this post are those of the author, and not necessarily those of the PIFS or its members.