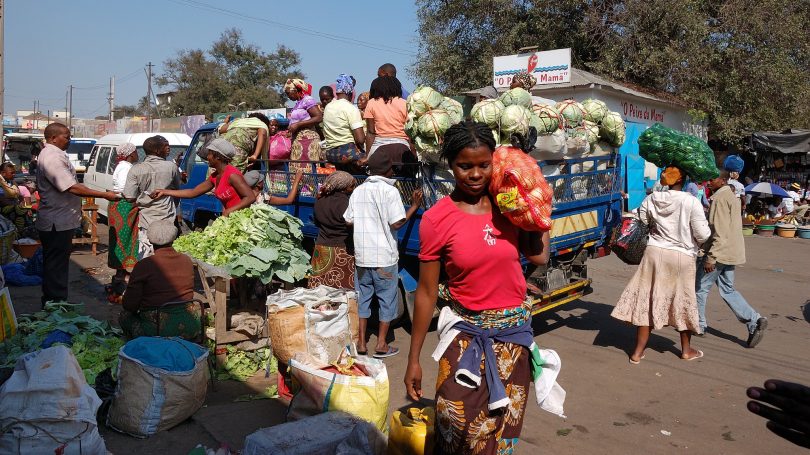 I recently spent a week in the northwest of Mozambique on assignment for an international donor agency looking at how agriculture markets can drive economic development. This dry-sounding brief offered me a chance to talk to farmers and agribusinesses and figure out ways they could be better connected to bigger opportunities.

Mozambique is a country I’ve been drawn to for some time. In 2014, my family and I moved there for a while, and I was eager to reconnect with this assignment. After the civil war ended in the early 1990s, the country’s leadership set about making a new start. Mozambique, they declared, was open for business. In the first decade of the new millennium, economic growth soared, oil, gas and other minerals were discovered beneath the fertile soil, and finally with the war over, tourism boomed. Like many other countries in Africa, Mozambique is brimming with future possibilities even as it is besieged by history.

It became clear within days of arriving in mid-January that if I was to provide good advice – the kind of advice that would be most useful to the smart, hardworking farmers I was encountering each day – I needed to reckon with the promise of the future and the inequalities left by the past.

Tete Province is lush and green. You can drive for miles under the wide sky and encounter only lush fields. Three out of four Mozambicans are employed in agriculture, mainly as smallholder farmers. Most farmers produce barely enough to meet their household needs. Those that produce more sell their products at local produce markets.

But it’s not just the soil that is fertile. Tete has gold and abundant coal reserves, and new mining operations have been opening up across the northern provinces. The knock-on effects of mining for agriculture are significant.

Tete has formal food retailers that serve the growing number of residents who have moved in due to mining, infrastructure and construct activities. As one shop keeper told me, a new mine can bring up to 2,000 new families to town. These families need to be fed and clothed.

So far so good. An agriculturally-based local economy gets an injection from the mines which bring large numbers of employees who need the kinds of goods and services that stimulate local economies. I spoke to one supplier of vegetables who provides 11,000 meals a day to one mine alone. The mines get a community that is primed and ready to supply them with goods and services. It’s a win-win situation.

Unfortunately, it isn’t that simple. Most of the fresh vegetables and meat supplied to large mines come from South Africa, the big brother neighbour, rather than from local farms.

Some of the large food retail chains headquartered in other countries have the autonomy to purchase from local farmers or their intermediaries, but not all. Typically, goods are trucked in from Johannesburg, some 20 hours’ drive away, either directly or via Maputo, the Mozambican capital – a much longer trip of more than two thousand kilometres.

Local farmers who succeed in getting their products on retail shelves struggle to do so consistently and to a sufficient standard. A locally grown tomato does not look as good on the shelf as a tomato from South Africa – it’s not as red, not as bright, and feels softer. Local products are often rejected on this basis. Sometimes they are sold at a lower price, alongside the superior South African product.

Local farmers are not competitive in these markets. Their farms are small, and the growing season is short. They have little collateral and, with bank finance around 25 to 35 per cent per annum, are unable to invest in the greenhouses, irrigation systems and cold storage facilities they require if they are to improve their yields.

Where sales to local retailers feel just out of reach to some, meeting the demands of the large miners is almost unimaginable. Except to some.

Albano* is a tall man in his sixties. He spent years as a public servant, working behind a desk. When he retired, he had enough money saved up to start his own venture. He bought a 30-hectare tract of land and began farming with his two sons. The size of Albano’s plot is significant. Albano is more than a smallholder farmer. In fact, he is considered an ‘emerging commercial farmer’. He employs 24 people when production is at its peak, and is focused on winning contracts with local retailers and miners.

Despite this, Albano shares the struggles of many of his peers: inadequate irrigation, no greenhouse and no storage. He doesn’t have a refrigerated truck. Instead, he transports his goods in an old Toyota people-mover with its seats removed.

Albano is clearly a smart farmer. Despite the lack of ideal farming equipment and facilities, he produces good volumes and reasonable quality tomatoes, onion, cabbage, potato, and many other vegetable varieties. He argues that volumes and quality are not the main problems to being locked out of the larger market opportunities.

I spent a day with Albano, surveying his farm and operations, talking with his employees. I listened to his sons tally their successes and followed as they showed me their new equipment with pride.

On the way back to town, Albano introduced me to Eve*. Now in her 40s, Eve grew up working in the fresh food markets of Mozambique’s bustling capital city, Maputo. Today, Eve is one of the most successful fresh food traders in Tete. She doesn’t grow her own food. Instead, she supplies a range of retailers and catering firms. She transports produce from one market to another.

Eve has six trucks and two refrigerated storerooms. I was impressed and, given her humble roots, curious about how she achieved this. I asked if she borrowed money from a bank to finance her operations. Eve spat on the ground, cursing the banks. Banks don’t even look at her, let alone lend her money. More importantly however, Eve assured me that she wouldn’t consider accepting their money even if they offered it. Eve is nobody’s fool.

In addition to buying vegetables from Albano and other farmers like him, Eve drives her nine-ton truck to Johannesburg once a week to fulfill her orders. The round trip takes two days and she’s usually accompanied by her mother. Once she gets to the market in Johannesburg, she buys her goods with cash, loads up, turns around, and drives home. When she arrives, she divides up her deliveries to local customers, including a large service contractor that runs the kitchens for the local mines. Under the terms of her contract, Eve is only paid after 60 days. This puts her in a difficult situation. She is expected to use cash for her purchases, but she has to wait two months to be paid. And all this using her own savings as cash flow.

As I sat down to write up my report I had to grapple with the realities of Eve and Albano’s lives versus the theory of market-based change. Market systems can be ‘transformed’ to encourage more farm investments and improve production volumes and qualities. Better market information, a stimulus for new investments into better production, transporting and processing facilities, will all help. However, there is a bigger set of constraints that undermine Eve and Albano.

In Albano’s case, it is easier for large mining companies to source their produce from big companies based in South Africa. They can be guaranteed the volumes and quality they need. It simply isn’t worth the effort for them to cultivate individual relationships with smaller producers like Albano. After all, food isn’t their business, it is just part of the cost of doing business. An efficient market simply doesn’t have time for a small fry like Albano. Even so-called aggregators of local produce and larger suppliers are more oriented towards the needs of miners than they are to smaller farmers.

For Eve, the same is true. The larger, more reliable suppliers are easier to work with. They don’t ask to be paid more frequently and they seldom face unexpected delays.

For the last few decades, Western governments and economists at large international finance institutions have argued that market-based solutions will solve the problems of poor farmers. My time in Mozambique reminded me of why I’m sceptical of this single response.

Mining companies are eager to report on their local purchasing. Local content is a hot-button political issue in countries where multinationals extract enormous mineral wealth. Despite this, the immediate benefits to the local population are hard to measure.

The market system can be changed to improve the connections between growers, traders and buyers. Improving market information and building trust among all market actors can increase confidence and encourage investment. This will help farmers to see a viable future in planting new crops and investing in better irrigation, storage and new equipment. Similarly, traders with longer-term and fairer contracts will be encouraged to invest in better storage and transport facilities.

Albano and Eve can contribute to the local content targets of these firms, but their ability to participate is constrained by their size and position in the market. Local producers and traders need to break into supply chains that are managed by industry incumbents who do not share the same goals. These large firms benefit from a system that keeps local actors out – often using market rationales such as price, volumes and quality to prevent local actors from competing effectively.

These problems are inherent to how markets work. To address them requires better public policy and a pragmatic approach to the real-life problems that local growers and businesspeople face. Only government policies can balance the needs of multinationals, who invest considerable sums over a long period of time, with those of local businesses run by people like Albano and Eve who continue to be forced to the periphery of the market.

Local content policies are becoming increasing popular among governments in economies that rely on extractive industries, including Australia. While these often express the intentions of government and set targets for local content, it has proven difficult to hold multinationals to account. A two-pronged approach is required, combining a demand for local content while improving the competitiveness of local suppliers. Governments need to create the incentives for multinationals to go beyond models of corporate social responsibility and bring more local firms into their commercial supply chains. This is likely to involve a mix of taxation and financial incentives, along with naming and shaming recalcitrant firms, and the public recognising those that step out of their comfort zone and take a more interventionist role in engaging with local suppliers.

* Albano and Eve are real people, but I have changed their names to protect them.

Simon White is Managing Director of the consulting firm Publicus.