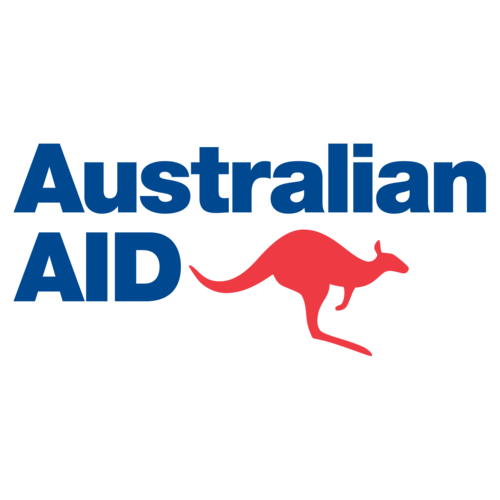 Huge cuts to the Australian aid program have left supporters angry and in shock. Five years ago, there was bipartisan support for a 0.5 per cent of Gross National Income (GNI) target for aid. In this year’s budget, aid is just half of that—0.25 per cent of GNI. But instead of losing heart, we need to channel our energy into the business of building and renewal.

Rise and fall of political support for aid

Successive governments have supported the aid budget because it has been seen to be an important tool of foreign policy. As a middle power, largely surrounded by developing countries, Australia has been well served by the aid program. Across South East Asia and the Pacific, the aid program has helped Australia to win friends and influence. The aid program has enabled successive Australian governments to be part of ‘coalitions of the willing’ to provide global public goods; helping to address HIV/AIDs, trade reform, and environmental problems. And Australia’s aid program has created highly regarded infrastructure like the My Thuan Bridge and provided thousands of scholarships, gaining a strong constituency here in Australia and around the region.

Bipartisan support for ‘scaling up aid’ began to emerge in 2005. Prime Minister John Howard attended the UN World Summit in September 2005 and agreed to double Australia’s aid program by 2010. Then, ahead of the 2007 election, Labor committed to increase aid to 0.5 per cent of GNI in 2015–16. Later, both major Parties committed to a 0.5 target at the 2010 election, with the Liberal Party even committing to appoint a Minister for International Development. 2010, then, can be seen as the high water mark of political support for the 0.5 target.

Bipartisan support for the aid program didn’t disappear overnight; it slipped away slowly, starting with small steps and then gaining momentum—and arguably aid supporters were not as vocal in its defence as we should have been:

Public support for aid is generally strong and this support is based on an understanding that aid is directed at ending poverty. For example, an ANU poll last year found that support for Australia’s foreign aid program remains strong at 75 per cent. Other polls, though, suggest that many Australians support cuts to aid. However, conclusions on public perceptions of aid need to be interpreted cautiously. Although the data is limited, we would argue that the major political shift away from supporting aid was not driven by changes in broad public opinion.

However, the rapid growth of the aid program following the 2005 World Summit occurred at a time when DFAT was feeling the strain of successive ‘efficiency dividends’. In 2009 and 2011, the Lowy Institute published reports (here and here) on Australia’s ‘Diplomatic Deficit’, pointing out that Australia had one of the smallest diplomatic footprints in the OECD. Sustaining support for aid when other departments, especially DFAT, were being starved of funds was a difficult challenge.

Most governments come to power focused on domestic issues, and only a small number of Parliamentarians understand and appreciate the value that the aid program creates for Australia. So the 2013 election was always going to be a dangerous one for the aid program, but not many people foresaw that it would be quite as disastrous as it proved to be.

Whilst the cuts are painful, there is a clear challenge to rebuild support for Australian aid—and if we want a fair and prosperous Australia and a better world, then we have a responsibility to do so.

First, we need a broader and better narrative on the benefits of aid and international development, and this needs to be part of a new narrative on Australia’s future and our place in the world.

Australia’s future is intimately linked to broader events in the world. We are coming to the end of an era of prosperity that was buoyed by the mining boom, and we are now experiencing tougher economic and global conditions. If we want a future that is fair and prosperous, then we need make tough choices now and implement domestic and foreign policies to: improve productivity (e.g. education, infrastructure, and structural reforms); expand opportunities for our businesses; and chart a course through some formidable external risks (including global growth, commodity price shocks, a shifting balance of power and climate change).

It is beyond the scope of this post to give a fair appraisal of this agenda, but the point we wish to underscore is that in order to create a fairer and more prosperous future, Australia will need to stand tall in the world, and we will need to bring credible and coherent international development policies to the table.

Second, Australia’s aid and development policies are an important, yet poorly utilised lever for managing regional risks and expanding opportunities.

We, like many supporters of aid, strongly believe that the first priority of aid and development policies is poverty reduction—part of our moral responsibility, but also our international obligations.

At the same time, aid supporters also need to make the case that aid and development policies can also help deal with the root causes of risks that also affect us, such as migration, disease, terrorism and climate change. And that aid investments are also central to building markets for Australian businesses overseas and boosting growth in developing countries, which will end dependency on aid.

Third, in making these arguments, we will need rigour. We need to be mindful and realistic about what aid can and can’t achieve (and have evidence to support the claims that we make). We need to be hard-nosed about the effectiveness of aid and development policies: ensuring that they deliver the intended results and at a reasonable cost. And we need to consider how aid is used together with a broader set of development and security policies—the case for aid and development policy must be coherent.

The case for international development needs to focus on how aid can support a broad range of Australia’s and the region’s shared interests, built on a foundation of poverty reduction.

The case needs to be made primarily to the political class. If they are convinced, politicians are less likely to bag the aid program on spurious grounds (waste and mismanagement, borrowing money to send it overseas etc.). And with less political bagging, the public will be happier with aid.

Building the case will involve:

The aid program is down, but not out. As in other areas of public policy, we need a new vision, and we must rebuild and renew.

Matthew Morris is an economist with twenty years of experience in aid and development policy. He helped establish Devpolicy and served as its first Deputy Director. Julia Newton-Howes is the CEO of CARE Australia.