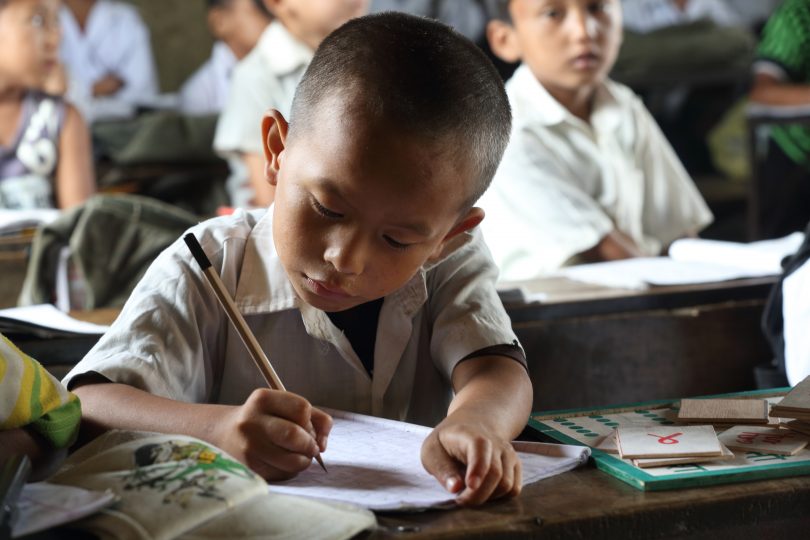 Nearly thirty years ago, on 20 November 1989, world leaders gathered at the United Nations to make a stand for children by signing the United Nations Convention on the Rights of the Child (CRC). This convention acknowledges the shifting and intersecting levels of vulnerability that children experience. 169 UN Member States, including Australia have now signed. The Convention encompasses both domestic and international obligations. As such, Australia has a responsibility to support children’s rights internationally, particularly through the aid program. At a time when other population groups such as women and people living with disabilities have been recognised as requiring special attention, support and measurable outcomes, Australia has failed to prioritise children’s rights in the same way. This must change if the aid program is to deliver for the most vulnerable children, both boys and girls.

As an advisor and advocate for child rights at World Vision Australia, I argue that taking children seriously in our aid program is essential for four key reasons:

Article 4 of the CRC requires donor Governments to, “undertake all appropriate legislative, administrative, and other measures for the implementation of the rights recognized in the present Convention. With regard to economic, social and cultural rights … to the maximum extent of their available resources … within the framework of international co-operation.”

The Convention is built on four pillars. First, the principle of non-discrimination, second, the best interest of the child, third, the right to life, survival and development, and fourth, the child’s right to be heard and taken seriously with guidance from caregivers, parents and community members, in line with the child’s evolving capacities. The Government should use these pillars alongside the child related indicators in the Sustainable Development Goals framework to strengthen Australia’s commitment to children through the aid program.

Work has been done to strengthen Australia’s action for women, and people with disabilities. This effort should be extended to children. The inclusion of girls in some women and gender related programs does not go far enough as girls are not really the focus. Measurable child-specific targets should be established across all sectors of development to enable considerations of how aid investments impact on boys and girls to be made.

The Nordic countries and the European Union provide interesting case studies on how to put children at the centre of development assistance. The Swedish Government passed a bill to fully incorporate the CRC into law by 1 January 2020. Finland has guidance on how its workforce can prioritise children and the European Commission established a coordinator for the rights of the child to make sure that children’s rights are properly considered in all relevant policies and actions.

As outlined by myself and other co-authors in World Vision’s recent budget submission, the Australian Government could take children more seriously in the aid program by:

The Sustainable Development Goals can only be realised, and poverty truly eliminated, if aid and development interventions leave no one behind, especially children.