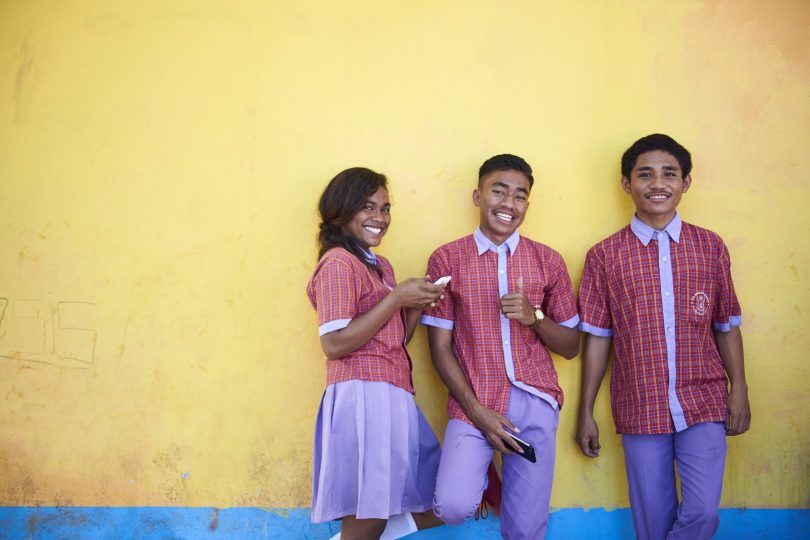 The citizens of Timor-Leste are heading towards their parliamentary elections, scheduled for July 22. The Timor-Leste presidential elections in March of this year saw a majority vote for Francisco “Lu-Olo” Guterres, a hero of the fight for independence. His win is symbolic, as he is both the first presidential candidate to secure more than fifty percent of the vote in the first round of voting, and the first party-aligned president of Timor-Leste.

One of the central issues the Timor-Leste government is faced with is economic uncertainty. There is a growing need for economic diversification as the Petroleum Fund (Timor-Leste’s sovereign wealth fund) risks depletion by 2025. Coupled with its longstanding maritime dispute with Australia over the ownership of oil reserves in the Timor Sea, economic collapse in Timor-Leste is conceivable.

Like many developing countries, Timor-Leste has a huge youth bulge, where improvements in both maternal and infant mortality rates has resulted in a population with a high percentage of children and young adults. Facing education, health, employment and political disengagement challenges, this youth bulge poses an added social risk factor. However, if properly addressed, this youth bulge also has the potential to be a great opportunity. In contrast to the constant reminder of our ageing population here in Australia, nearly 70% of the population of Timor-Leste is under 30 years of age.

Young people in Timor-Leste are facing issues that go beyond the economic uncertainty that is often presented as the key national challenge. They lack parliamentary youth representatives, effective civic education, and have limited political engagement – in short, they lack a political voice. But if properly managed, addressing these issues could play an important role in transforming the lives of these young people and, more broadly, Timor-Leste as a sovereign nation.

Timor-Leste’s recent history has had a profound impact on the current cohort of political leaders. Even in the face of a young population, the older generation still dominates the political landscape. This landscape is spearheaded by the leaders of the resistance movement during the Indonesian occupation, who are the heroes of modern Timor-Leste. They are revered, and rightfully should be. However, this older generation may not be representing the interests of the younger generation properly, and a transition of power from these older leaders to younger leaders does not appear likely in the near future.

Unfortunately, many young Timorese face barriers that inhibit their greater involvement in politics. Australian youth-led aid and development agency Oaktree recently collaborated with a local Timorese non-government organization, the Centre of Studies for Peace and Development (CEPAD), to conduct an Oaktree compiled survey that was distributed online and completed by young people in three municipalities in Timor-Leste in November 2016. The purpose of this survey was to assess the political understanding and civic engagement of young Timorese respondents. The survey was distributed via social media in the three districts of Dili, Oecusse and Covalima. Across all three municipalities there were 57 participants, with a mean age of 22 years (range: 16-35), and male respondents were over-represented (39M, 18F). While the sample was not representative of the whole population, the findings provide a greater understanding of Timorese young people’s engagement in politics.

The results of the survey suggest that youth don’t access, or lack access to, media that would likely improve their understanding of political processes. Many respondents had problems accurately identifying political developments in Timor-Leste. Some of these concepts included issues related to the maritime disputes with Australia and politician entitlements, and events such as being able to correctly identify which elections were to be held in 2017.

There are opportunities to help improve young people’s capacity to become involved in, and understand the nature of Timorese politics. Access to news is one potential avenue, as close to 20% of respondents in Dili and Oecusse reported that they did not access news (local or national) in the week prior to completing the survey, while more than 50% of respondents in Covalima did not access news services in the week prior to completing the survey. Results also showed that respondents in Dili and Covalima, who were on average younger than their Oecusse counterparts, were more likely to use social media platforms to access news. There is potential to increase the presence of civil society and political content on these platforms in order to promote youth engagement and awareness of politics.

The survey also showed that respondents have a keen interest in becoming more actively involved in political conversations, and wanted to improve their leadership skills. Respondents in Dili and Covalima identified a lack of knowledge and understanding as the reasons for their poor political engagement, while Oecusse respondents suggested that lack of engagement was due to their poor leadership skills. Respondents across all three municipalities agreed that school would be the best space to better instil leadership skills, so increasing political content via educational programs would appear to be a proactive step.

Reassuringly, the survey results highlighted young people’s eagerness for change. Timor-Leste’s social and economic development goals are not mutually exclusive, and young people need to have greater input in politics and shaping the future of the country. Leaders need to recognise that young people are interested in politics, and with greater access to information and training they are able to add value to important decision making. As they represent the majority of the population, it is crucial that Timor-Leste’s young people are championed by political and civil society leaders and provided with meaningful opportunities to participate and amplify their political voice.

Benjamin Sullivan is the Southeast Asia Research Officer for Oaktree.