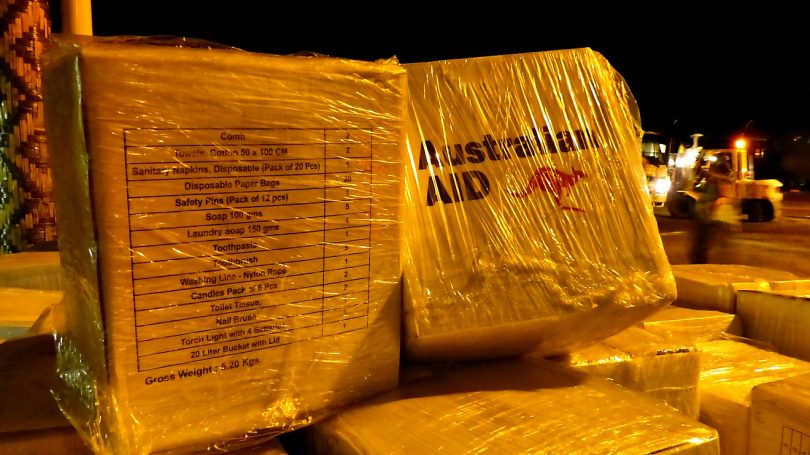 This year’s budget sees a small increase in foreign aid in 2018-19 almost in line with inflation. There is also a modest boost to aid this and the following year to fund our capital subscription to the Asian Infrastructure Investment Bank. That’s the good news. The bad news is that there is no increase at all after this year out to 2021-22 to offset inflation. If these forward estimates come to pass, aid will have been cut in real terms for a record eight years in a row – by a government that was elected to office in 2013 on a promise to increase aid in line with inflation. The funding freeze for foreign aid which previously ran to 2020-21 has been extended by one year in this year’s budget compared to last. So accustomed is it to cutting aid, the government didn’t even both to give a reason for the freeze extension this time. 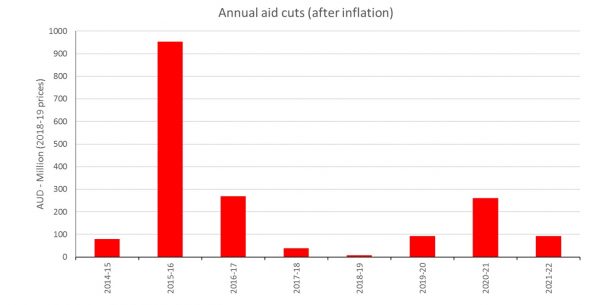 Following rumours that the aid budget was in the firing line for savings once again, many readers will be breathing a sigh of relief that there were no immediate cuts. It could have been worse. After all, the Abbott-Turnbull governments have already overseen the largest ever reductions in Australian aid.

Nevertheless, this budget is a disappointing one for aid. The fiscal and broader economic context in which the budget has been delivered is the most positive since the Coalition took power. Robust growth has boosted government revenue, enabling the government to both increase spending and cut income tax without significantly damaging the budget bottom line. Indeed, the underlying budget deficit in 2018-19 will be the lowest since the Great Financial Crisis. By 2019-20, the budget is projected to move into surplus. If aid was cut because of deficit and debt problems, why is it cut further when these problems are receding?

The aid cuts are not the result of austerity. Government spending increases 16.8 per cent over the forward estimates, and will be 46.3 per cent higher in 2021-22 than it was when the Coalition came into power (when measured in nominal terms). Foreign aid will have fallen 17.6 per cent (in nominal terms) over the same period, a decline of 32 percent when adjusted so as to account for inflation.

These reductions have taken place in a period of affluence. Australia has entered its 27th consecutive year of economic growth. As a result, aid as a percentage of Gross National Income – a measure of generosity used across the world – has already fallen to a record low of 0.23% and will continue to fall to 0.19% by 2021-22, which will put Australia about equal with crisis-hit Spain. Interestingly, tonight’s budget comes at the same time as New Zealand announces large aid increases.

If there is a silver lining in this year’s foreign aid budget, it is the Pacific.

The undersea telecommunications cable to PNG and to, and within, Solomon Islands had already been announced by the government, following its decision not to allow Huawei to connect its proposed cable to Australia on account of security concerns. It was expected that funding for this initiative would come at the expense of other aid commitments in these countries. That will not be the case. Instead, the cost of these initiatives will be borne in part by real reductions elsewhere in the aid program, as well as nominal cuts to Indonesia and Cambodia (the latter having failed to resettle more than a handful of asylum seekers attempting to enter Australia).

There is also new funding for regional activities in the Pacific, including the Australia-Pacific Security College, and support for labour mobility through the Pacific Labour Facility – an acknowledgement of both the real economic benefits of labour mobility for the Pacific, and of the role that aid can play in support of such mobility.

Australia has also announced it will open a high commission in Tuvalu (the first for that tiny nation, unless one includes Taiwan’s embassy).

So, a good budget for the Pacific but another gloomy one for foreign aid as a whole. What will it take for this government to stop cutting aid?