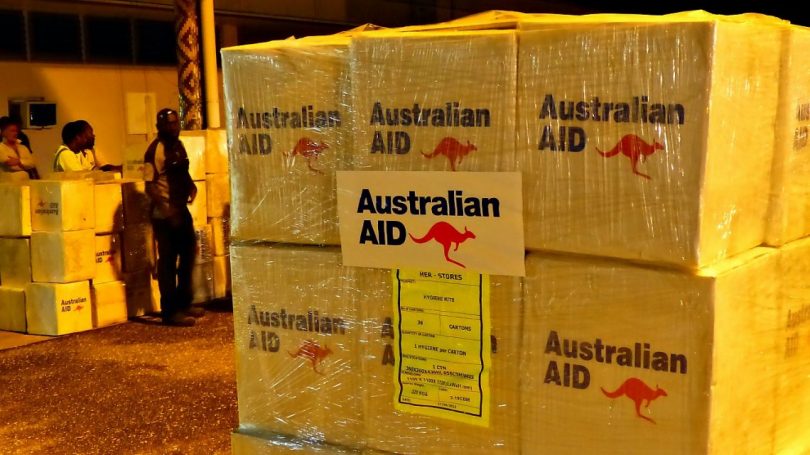 The Coalition did something very unusual in the aid budget last night. It increased foreign aid. It kept the headline aid figure at $4 billion (as per last year’s forward estimates), but then said it would spend another $211 million this year to respond in the region to COVID-19. This supplementary amount is identified as separate from rather than part of the aid program but it is in the form of grants for development so clearly it is in fact more aid.

Including this supplementary amount brings total aid for 2020-21 to $4,211 million, an increase of 4% over last year. It’s not a huge increase, but it is the first budgeted aid increase under the Coalition since their election to office in 2013, and it is well above the rate of inflation.

Clearly the government isn’t trying to earn a reputation for generosity. In fact, it seems like the opposite: it is trying to keep the increase in aid hidden. Presumably, the government wants to continue to be seen to be tough on aid – likely to ward off attacks from the likes of Pauline Hanson and others on the right.

The other factor driving the odd accounting could be that the government does not want to be seen to be providing a permanent boost to aid. Normally forward estimates are provided for the aid budget, but, strangely, not this time. Presumably though, from its signalling, the government is comfortable with $4 billion as the “right” amount for aid going forward.

The challenge for aid advocates will be to keep aid growing in real terms next year and beyond. The challenge for the government will be to sustain the fiction that the supplementary funding is not aid. While countries have the right to select what they include in their aid (Official Development Assistance) when they report to the OECD, it would be absurd and ultimately counter-productive (because of its complete lack of rationale) to dictate that some of DFAT’s aid is not to be counted as such. (This artificial distinction will also likely complicate aid programming within countries.)

The above might explain the government’s framing but it doesn’t explain the substance: why did it increase the aid budget after years of cutting it? To understand this, we have to first cover the bad news – the big cuts to aid outside the Pacific.

Aid to Southeast Asia (excluding Timor Leste) is unchanged in nominal terms. Aid to South and West Asia is cut by 27%. Aid to sub-Saharan Africa is cut by 48%, and aid to the Middle East and North Africa by 61%. These are massive reductions, but aid to these regions had already been reduced over several years. Therefore, this new round of cuts only generates $180 million of savings. $80 million is needed for various multilateral commitments (such as our new vaccine pledges), and $40 million to bring the aid budget down from $4.04 billion last year to $4 billion this. The net result from all these savage cuts is therefore only $60 million for extra aid to the Pacific and Timor Leste – or just a 4% increase for this priority region.

Clearly a 4% increase isn’t enough to respond adequately in our region to the greatest crisis of the post-colonial era. And so, for the first time, it has been admitted that cuts elsewhere can only take you so far, and that actually the Pacific Step-up needs an increase in total aid. With the supplement, aid to the Pacific and Timor Leste increases by $270 million or 18%.

It makes no sense to take $28 million from a country like Afghanistan whose people are really suffering and give it to relatively stable and comparatively prosperous countries such as Samoa and Tonga.  But, while the share of Australian aid going to the Pacific seems destined to continue to increase, it is something of a victory to at least see the government concede that the Pacific Step-up cannot be executed without an increase in total aid.