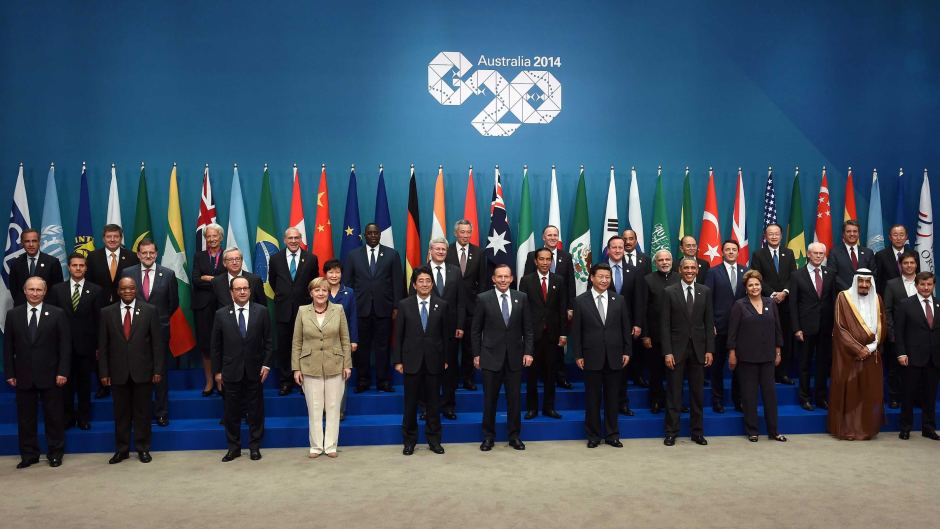 Civil society feared that the G20 Summit in Brisbane would not deal with inequality or carry on the conversation about inclusive growth. Were they right?

The G20 Communiqué released on 16 November finally focused on the people at the heart of the economic mandate:

Raising global growth to deliver better living standards and quality jobs for people across the world is our highest priority.

Australian Prime Minister Tony Abbott as G20 President launched the final agreement at a press conference with a statement of commitment to inclusive growth:

In the Brisbane Action Plan there is further recognition that:

The rights of citizens outside G20 nations are featured in paragraph 11:

We are committed to poverty eradication and development, and to ensure our actions contribute to inclusive and sustainable growth in low-income and developing countries.

…We support efforts in the United Nations to agree an ambitious post-2015 development agenda. The G20 will contribute by strengthening economic growth and resilience.

Success on a gender target

But the references to inequality were resisted and may be considered decorative frills on an unvarnished economic growth approach. There was only one area in which a specific target was set, and that was paragraph 9:

We agree to the goal of reducing the gap in participation rates between men and women in our countries by 25 per cent by 2025, taking into account national circumstances, to bring more than 100 million women into the labour force, significantly increase global growth and reduce poverty and inequality.

As discussed in my Open Democracy 50:50 pieces, this target was recommended by the G20 Labour and Employment Ministers at the Melbourne meeting in September, after some active chairing by Senator Michaelia Cash, and sustained efforts by the Co-Chair of the G20 Taskforce on Employment, Margaret Kidd. It is based primarily on the recognition in the main that investing in gender equality measures is smart economics, rather than a human rights approach. The media release from the Prime Minister underscores this instrumental focus on women as an economic resource:

The OECD estimates a boost to women’s participation of this scale would increase G20 GDP by between 1.2 and 1.6 per cent by 2025, adding more than $1 trillion to the global economy.

Many G20 economies face the challenge of an ageing population.

It also makes best use of the world’s most underutilised resource: the workplace capacity of women.

Angel Gurria from the OECD, speaking at the International Women in Leadership Dialogue immediately following the Summit, underlined that this instrumentalist approach still had to be pushed hard from within the G20. He singled out the OECD, US and Australian sherpas, Gabriela Ramos, Caroline Atkinson and Heather Smith, for high praise for pushing the target through to the end.

Indeed, the target was more welcome because the optics of the Brisbane Summit were even worse than usual, with only three female leaders present (plus Christine Lagarde from the IMF), as the Argentinian President was ill and did not attend.

In my view, this instrumentalist approach was wise as a first step. The best chance for a gender target was to focus on where the economic evidence was strongest and the growth dividend most clear. But the target could also be good politics, and this element of the target is yet to be revealed. Will the women’s movement adopt the goal and demand accountability to it? Will the target strengthen the gender goal in the post-2015 negotiations occurring now?

So what happens now?

Each of the G20 members has outlined their growth strategies and employment plans on the G20 portal, allowing for greater scrutiny and better comparisons. For example, Australia promises to close the labour participation gap by implementing a new Paid Parental Leave Scheme from 1 July 2015 by providing recipients with up to 26 weeks of replacement wage, capped at $AUD50,000 plus superannuation contributions, and strengthening the childcare sector.

The OECD and the IMF will monitor the target and report to the G20. The Turkish Prime Minister Ahmet Davutoğlu outlined his priorities for the Antalya Summit on 15-16 November 2015 in a stirring speech in Brisbane, and made it clear that the economic status of women would be on the agenda, with a strong focus on development, trade and SMEs. But at the same time, the Turkish President has this week stated why women are simply not equal to men in certain employment

We should note that the target includes a carve-out — taking into account national circumstances. This is a very common phrase in treaty negotiations. However, we should note that the Convention of the Elimination of Discrimination Against Women (CEDAW) has more national reservations placed on it than any other international human rights treaty, weakening its force.

Moreover, the ILO and the World Bank have found strong evidence of how crucial it is to address social norms if women are to become full participants in their national economies. National circumstances cannot excuse the imperative to unpack and interrogate social norms around women working, or any policies will simply fail. The Gender at Work [pdf] report notes that many citizens still hold the view that women should give up work in favour of men in hard financial times, or that women need to undertake paid work only in addition to their traditional, unpaid caring roles (the ‘double burden’). Other common constraints on female formal labour participation include lack of mobility, time and skills, exposure to violence, and the absence of basic legal rights.

Is this target enough?

This target is an important, welcome, cause for rejoicing even, but it is not sufficient. What makes this important target so different from its sister commitment in the realm of peace and security, the UN Security Council Resolution 1325 on Women, Peace and Security [pdf]? It is the lack of acknowledgement that women are important economic actors across the G20 agenda and central to the mandate of the G20. This would mean that gender analysis and targets were important across the whole agenda, not just employment. Even in employment, the gender wage gap, unpaid work and other gender issues were not addressed.

The G20 needs to improve its accountability of progress on gender-inclusive growth.

Susan Harris Rimmer is an Australian Research Council Future Fellow in the Asia-Pacific College of Diplomacy at the Australian National University.