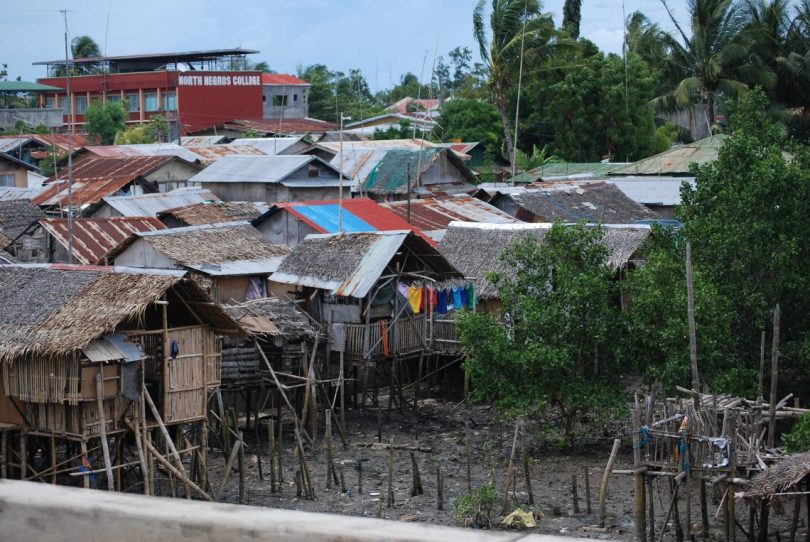 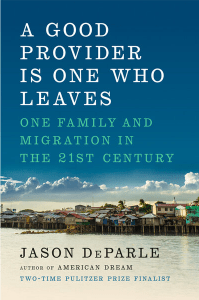 Jason DeParle’s A Good Provider is One Who Leaves is a timely work of genius. Over almost 400 pages it manages to be politically relevant but not partisan, emotionally compelling but never sentimental, and a conveyor of truths that are critical to understanding global migration but rarely get the attention they should.

From its central narrative, the generational saga of the Comodas family as they increasingly look beyond the Philippines in seeking to improve their lives, DeParle manages to redeem not just a portrait of how labour migration can benefit the world’s poorest but also, of all things, a happy ending. The result, in an epoch where demagoguery has too often trumped informed debate, is an essential and life-affirming read.

DeParle first met the Comodas family as a young journalist in the late 80s, an initial encounter which included a stint living in their house in the Manila slum of Leveriza. His relationship with them since, has blurred the boundaries of friend, journalist and researcher – over the years he has helped them sort out visa applications, sat by hospital sickbeds, taken tearful phone calls, attended family reunions and treated the latest generation of kids (who live in Texas) to McDonald’s after school. The book is a labour of love as well as a research project, and the result is a uniquely nuanced and complex account of contemporary migration.

Although drawing on uncommon access and exceptional writing, the tale DeParle narrates is not in itself unusual. When Emit Comodas left the impoverished island of Leyte as a teenage orphan in the early 1960s he was part of one of the most dramatic demographic shifts in history. The global population then was two and a half billion – now it’s closer to eight, more than half in cities. The metropolis he settled in numbered around two million – now it is almost fourteen. The world is far smaller and more crowded than before, and global mobility, although anything but new, is part of daily life in a way it never was.

DeParle tells the story of the Comodas family as they look to work abroad as a way of confronting otherwise overwhelming poverty. Leveraging contacts made in Manila, Emit, born into ‘serf-like’ conditions in Leyte, manages to find a job as a pool cleaner for the Royal Saudi Airforce in Dhahran, earning ten times more than he could ever hope to at home. For his wife the money he remits makes the difference between barely surviving and ensuring that their five children are able to eat properly and go to school. DeParle does not sugar-coat the lot of these migrant workers. The many Comodas kin who follow Emit abroad endure extremes of loneliness, exhaustion and stress. One of them loses a leg in a workplace accident. But he also shows that they are not victims but people who intelligently and bravely confront the hardships of work abroad. ‘A good provider is one who leaves’ is not just an evocative title, it is their unofficial family motto.

The Philippines is known globally as an exporter of labour – a trend that began informally but developed into a state supported and managed pillar of the economy. In 2019 Philippine workers abroad sent home some US$33 billion, around 10% of its GDP. Clearly, what fascinates DeParle even more than the scale or utility of this movement is the complexity that proceeds from it. Taken as a whole, the interconnected stories that span Emit’s life, from stowing away on the Manila ferry in the first chapter and his living to see extended family gather from across three continents in the last, defy simplifying matrices. Although the book follows several family members, its focus rests on one of Emit’s daughters, Rosalie. After becoming a nurse and following her father to the Gulf, she eventually manages to secure a job in Texas and sends for her husband and children. DeParle’s closely observed account of how the family find ways to live across worlds old and new is an outstanding account of the sort of transnational family life that shapes how migrants stay linked to their homeland even as they forge new identities abroad.

This book is first and foremost a gripping tale of global movement and connection, but DeParle does not shy away from engaging with experts to understand the bigger picture. Lant Prichett, the Oxford economist known for his advocacy of migration as critical to the fight against global poverty, gets a mention, as does Asis Marjura of the Scalabrini Migration Center, whose research suggests that, at least in terms of measurable impacts of welfare, the absence of parents working abroad is generally compensated for by their carers receiving an adequate income from abroad. That said, DeParle is careful not to allow expert opinion to decentre the lived experience of his subjects. Rosalie finds her work as a nurse in the Persian Gulf very difficult, in particular because she misses her children terribly, but she never loses sight of her goal of providing them with a better life. Her extended family, who care for her children back home and provide ongoing moral support to her through Facebook and VoIP calls, are an integral part of this strategy. Contemporary migration, this book posits convincingly, does not diminish frameworks of care in labour-sending countries, so much as stretch them.

Ultimately A Good Provider Is One Who Leaves is an argument against approaches to migration that view it primarily as a solution to labour market issues. While that is certainly part of what it can be – in Australia the agricultural and care sectors could not function without staff from abroad – DeParle confronts us with the reality that even if policymakers want workers, what they get are people. His admiration for the Comadas family clearly stems not just from their resolute pursuit of better circumstances for themselves but how, wherever they go, they contribute to the lives of others. After finishing this book it is a sentiment the reader will share.

A Good Provider is One Who Leaves: One Family and Migration in the 21st Century by Jason DeParle is published by Penguin Random House.