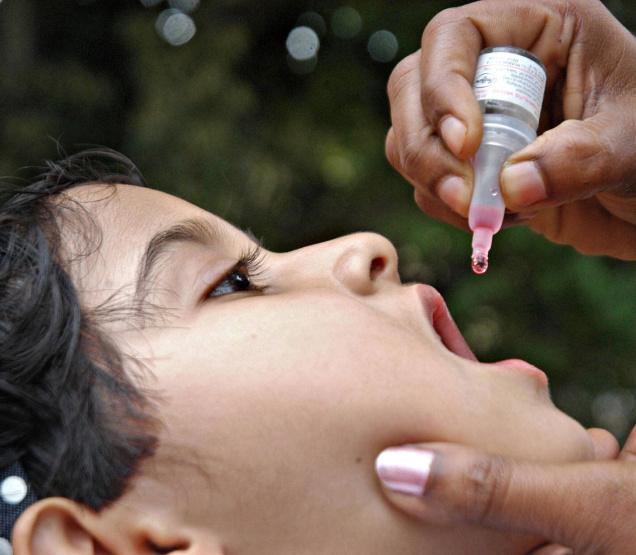 Polio has been reduced worldwide by 99% since 1988. A year-and-a-half ago, my colleague Chris Maher blogged here about tackling the last, and most difficult, remaining 1 % of the poliovirus. Since then, we have made much progress. We closed the year 2012 with 223 children paralysed by wild poliovirus – the fewest number of children, in the fewest places, ever recorded in history.

Much of the recent progress is due to Australian initiative and leadership at the Commonwealth Heads of Government Meeting (CHOGM) in 2011, a genuine game changer. The meeting ensured polio’s ascent to a ‘whole of government priority’ in the polio-endemic countries, supported by strong and active engagement of the Heads of State of Afghanistan, Nigeria and Pakistan – the three countries which have never stopped polio.

This led to new country emergency plans and structures for greater accountability – from districts up to the top tier of government. It also led to better planning, implementation and monitoring of vaccination campaigns that has resulted in the polio virus being cornered in just a few places: a chance of a generation to eradicate polio globally.

Though tantalisingly close to eradication, the virus will not yield without a fight. Eradication efforts cannot afford to rest until immunity in the last remaining areas is high enough to strike the terminal blow to break the chain of transmission. For eradication efforts to succeed, it is vital to maintain this extraordinary level of high political support, societal awareness and financing, as one last push can tip the scale and finish the job.

Polio in the world

Without eradication, the virus will rapidly spread beyond the current reservoirs, and once more disable the most vulnerable and the unprotected, leading to entirely preventable suffering, paralysis and even death. It is estimated that polio could return with a vengeance and cause 200,000 cases of paralysis per year within the next decade.

In order to seize the current opportunity, the Global Polio Eradication Initiative (GPEI) is gearing up to make a global synchronised push to interrupt poliovirus transmission and certify eradication over the next six years. For this task, a 2013-2018 Polio Eradication and Endgame Strategic Plan is being developed.

Crafted with guidance from polio-affected countries and key stakeholders, including the Government of Australia, the new plan takes into account the new security conditions in the remaining three polio-endemic countries. Its main objectives  are: to interrupt wild polio transmission by the end of 2014; to strengthen routine immunisation in the key countries that have large numbers of un- or under immunized children; and to ensure heightened surveillance while harnessing the competencies built by the program. The plan also includes a worldwide synchronised shift from trivalent oral polio vaccine to bivalent oral polio vaccine and then to inactivated polio vaccine, affecting nearly all countries in the world.

The plan will be rolled out at the Vaccine Summit in Abu Dhabi this April. Australian leadership within the Asia-Pacific region will be critical in the final push. Australia can also play a lead role in the consultative process to identify ways in which the polio investments can be parlayed into other health areas in the post-eradication period.

Many challenges remain, and foremost among these is the physical safety and security of health care workers. Our vaccinators, often volunteers, work hard hours in some of the most difficult and dangerous places in the world, including areas with active conflict. And too often in the past year they have paid the heaviest price for their dedication. Attacks on health care workers are unacceptable.

These challenges – while serious – are in no way insurmountable. We have faced danger and insecurity before. We have made progress in volatile, previously unreached and neglected areas before. With the right approaches, time, and skillful negotiation we can find a way forward. When the well-being of children is involved, solutions can usually be agreed upon.

For this last endeavor to succeed, US$ 5.5 billion is required between 2013-2018. The benefits of this investment in a polio-free world are estimated to be savings of $40-50 billion by the year 2035, with about 85% of the savings accruing to low income countries.

Australia has already made a substantial difference by making AUD$ 50 million commitment over four years. Contributions by Australia have enabled vaccination campaigns in some of the most remote areas in the world and have helped reach the most neglected communities and children. These campaigns are vital to reach and vaccinate every child and maintain high immunity coverage.

It has been more than 40 years since Australia saw the last case of indigenous polio. Since then no child has suffered from this devastating disease, no parents fearfully wondered if this year their child would be one of the unlucky ones to become paralysed or die from polio.

With one last push, this can be the reality across the globe. We need to keep going, remain vigilant and fight to the end. Australia can be a part of assigning polio to a mere topic in history books.

Bruce Aylward recently visited Australia where he met with officials in Government, NGO, and advocacy sectors discussing how close we are to seeing a world without polio.

Dr Bruce Aylward is the WHO Assistant Director-General for Polio, Emergencies and Country Collaboration which brings together WHO’s work in polio eradication, humanitarian response and country cooperation.

Dr Bruce Aylward is the WHO Assistant Director-General for Polio, Emergencies and Country Collaboration which brings together WHO’s work in polio eradication, humanitarian response and country cooperation.