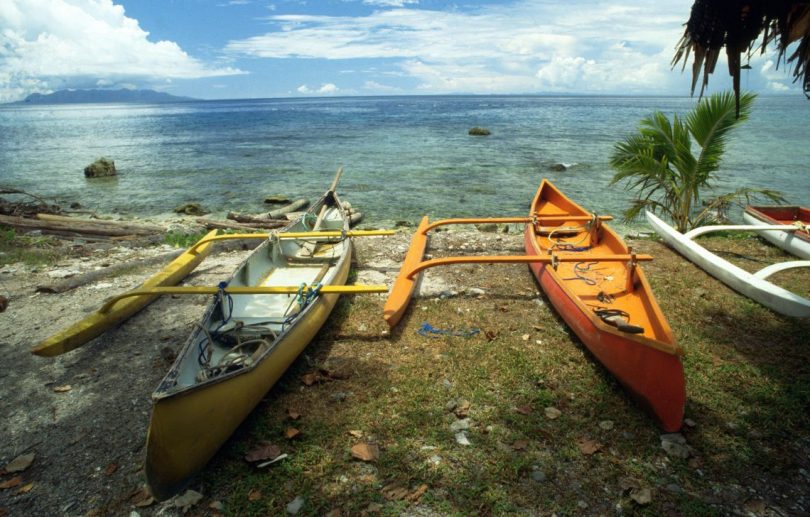 The world is facing its greatest crisis in a generation. Here in the Pacific islands, our chronically fragile economies will not survive without a massive region-wide intervention.

Guam and the French territories excepted, our remote island nations have so far escaped the uncontrolled spread of COVID-19 within our borders. The virus will come, of course. The only question is how: as an epidemic, or through the controlled introduction of herd immunity.

If the first were to happen now, it hardly bears contemplating. But both alternatives require resources that are orders of magnitude greater than any of us have right now.

Even if we do manage to stave off a public health disaster, the impact on our economies has already been devastating. Nothing short of a fundamental restructuring will suffice to keep them alive.

Papua New Guinea stands at the brink of an abyss. Its already oversized fiscal hole has become an unbridgeable chasm as fuel prices bottom out. Analysts fear resource revenues may fall to 20 per cent of forecasts. Add to this a ramshackle healthcare system that leaves large areas under- or even un-served.

The threat of cross-border infection from neighbouring West Papua raises vexing problems about containment and detection, and the discovery of swine flu in Enga province threatens one of the nation’s principal sources of protein.

One long-time observer suggested that the bad old days of the late 1990s were nothing when compared to the danger the country currently faces.

Fiji, Vanuatu, Cook Islands and other tourism-dependent countries have announced short-term fiscal bailout packages, but still have to contend with the knowledge that tourism as we know it is gone for now. It will be years before it generates the kind of revenues it did.

Samoa and Tonga are debt-ridden and rely heavily on remittances. It’s hard to see how anything short of wholesale debt forgiveness will suffice for them.

Solomon Islands’ resource base may shelter them somewhat from mid-term economic shocks, but they are unequipped to handle even a localised outbreak of COVID-19.

Breakdowns in health services or local security could cause instability in any of these nations. Apprehensive governments are already preparing contingencies, and Fiji has deployed unarmed army units around key locations.

Countries depending on tourism and remittances have limited options. Revenues are drying up, yet they have no choice but to spend. The situation is clearly unsustainable, and they lack the means to complete the restructuring that will be necessary to avoid collapse in the mid-term.

The IMF’s Managing Director Kristalina Georgieva, already scrambling to provide support to Haiti and other vulnerable nations, suggested to G20 ministers that a scaled-up version of the Ebola response to West African nations would be needed. This involved forgiving or restructuring large chunks of foreign debt.

It’s not yet clear whether the stakes are understood by G20 leaders. Full credit to Scott Morrison, who raised his concerns about the Pacific island region with his peers in the leaders’ summit last week. His office is preparing a region-wide intervention.

There is consensus in Canberra that a large-scale response is needed to both the health and economic crises facing the Pacific. They are prepared to lobby multilateral institutions to play a key role. As large as Australia looms in the Pacific, they know they can’t do this alone.

Existing DFAT commitments will be honoured. Many will be refocused on the COVID-19 response. But it’s hard to see how any additional resources will be made available in the short term.

Regardless, the tools that Australia brings to bear in the Pacific must change. The Australian Defence Force is needed at home, and even if some assets are deployed, they will have to be positioned so they can respond to competing priorities.

The old tactic of flooding the zone with technical advisors won’t work either. Nobody wants to be separated from their family at a time like this, and few would dare to bring them here. Moreover, every single skill set required to combat disaster in the Pacific is already required at home.

There is a silver lining: this situation will allow more Pacific islanders (finally!) to apply their insight and expertise. What is needed from donors is not external skills, but the financing to ensure that the government can continue to provide, and hire more of those who can provide, essential services.

Humanitarian support will be needed, but debt forgiveness – or at least restructuring – is central to the solution. The World Bank, the Asian Development Bank and China are by far the Pacific’s biggest lenders. Former Vanuatu Reserve Bank governor Odo Tevi describes the multilaterals’ traditional approach to crisis response (which does not normally extend to forgiveness of their own debt) as a ‘bitter pill’. Only pressure from the G20 and elsewhere is likely to change that.

If the multilaterals show willing, it’s likely China would follow. And vice versa. Domestic and private debt are equally important, and unorthodox policies will be required.

This is not about saving the Pacific, but helping Pacific nations rescue themselves. The nations of the Pacific not only have to fight an unprecedented public health threat; the majority have to retool their entire economies. It will be a difficult transition, fraught with risks. If the Pacific island countries are starved of the resources they need, they may collapse.