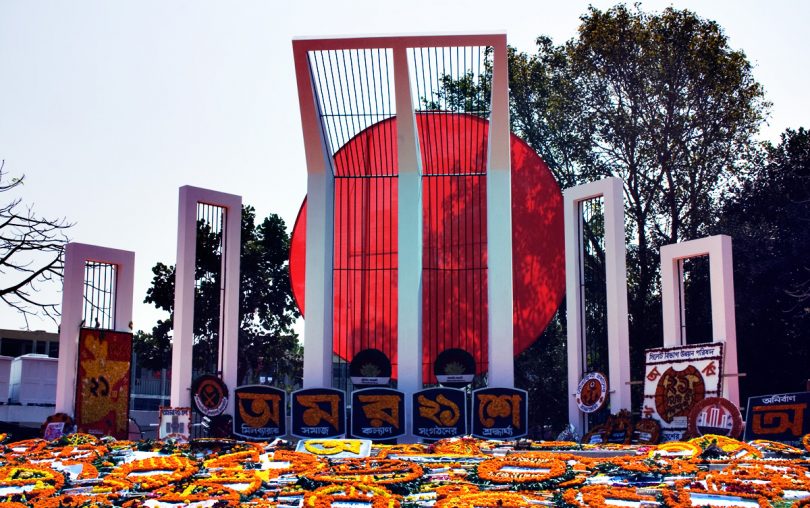 Each year, 21 February is observed globally as International Mother Language Day. At the 1999 General Conference in Paris, UNESCO (United Nations Education, Scientific and Cultural Organisation) considered the threat to linguistic diversity posed by the globalisation of communication and the tendency to use a single language, and decided to recognise the importance of cultural and linguistic diversity for sustainable societies.

While we value the importance of language in building someone’s identity, we cannot ignore the need for a common language as a way of communicating across language diversity. English is taught in many geographical jurisdictions as a second language – and has emerged as the dominant global language. If we take the UN as the measurement of the use of a global language, the other officially recognised languages are Arabic, Chinese, French, Russian and Spanish.

With such a melting pot of diverse languages and cultures, a common experience for international aid workers is to hear different accents. In this world of globalisation and migration, having a linguistically diverse workforce is not unusual, but in international aid work it is a feature of every workplace. A more unique feature is that international aid workers often ‘live and breathe’ within a society that communicates in a different language to their mother language. As they try to find a common language, non-native speakers are likely to have an accent associated with their country of origin, cultural background, and education – English-speaking staff working in Indonesia speak in accented Bahasa Indonesia, a Javanese staff member speaks in accented English, and a Bangla-speaking international staffer speaks in accented English or accented Bahasa Indonesian.

An accent can be both an advantage and a disadvantage. It can suggest positive qualities people associate with that specific culture, for example, ‘Italians are passionate’ or ‘French are charming’. An accent can be associated with a certain cultural background and people can be more receptive to us even when we do things differently (how we eat, how we dress, how we show affection in public spaces). And an accent can identify someone in a foreign land who speaks the same mother language: it can be a beautiful icebreaker leading to networking or friendship opportunities.

On the other hand, people can have difficulty in understanding those who have accent. Having learnt the hard way the need to repeat myself due to my accent, I have adapted my speaking style by using easy to pronounce words or speaking slowly. An accent may make us stand out from the rest of the workforce, even over a phone call – sometimes we may feel that we can’t ‘fit in’ within the workplace. An accent can even automatically assign a stereotype – especially if the person is from an ethnic group that is not in favour in the host country or society.

But the most challenging disadvantage is that an accent can create an impression that we don’t know our second language very well, or that we are not competent. There are many examples of people who can both speak and write their second (or even third or fourth) language better than a native speaker but are thought to have a lower level of language skill. A throwaway comment like “Wow, despite your accent you speak quite good English!” could affect the self-esteem of a non-native speaker and make them feel hesitant or shy.

Studies have shown it can take just 30 milliseconds of speech (enough to say “hello”) for listeners to identify a person’s ethnic or cultural background as being different from their own and make snap judgements about the kind of person they might be, whether positive or negative. This apparent practice of “language profiling” fails to acknowledge the intelligence and hard work of the person speaking the second language. And it does not recognise the courage the person has demonstrated in embracing a second language – they are most likely out of their comfort zone doing their job without using their first language.

No one should need to apologise for having an accent – they should be proud to be bilingual. So next time we hear accented pronunciation, let’s not focus on the accent making the speaker feel uncomfortable. Rather let’s celebrate their skills and strength and be open to diversity.

The date for International Mother Language Day commemorates the deaths of Bengali students killed when police fired on a protest on the campus of Dhaka University Campus on 21 February 1952. As part of the Bengali language movement, students were demanding that Bangla be recognised as a state language in addition to the state-ordained Urdu.

Atiq Rahman works in international aid and development and has extensive experience in operational management of large-scale donor-funded projects across Asia and the Pacific. He has postgraduate qualifications in both International Relations and Development Studies, and is accredited as an ‘Expert Certified Development Project Manager’.