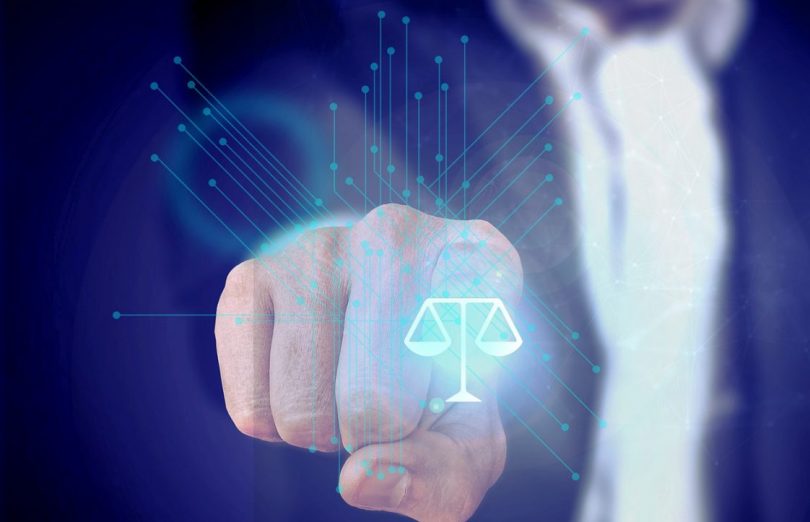 This blog critically assesses the potential of legal tech for improving access to civil justice as measured by the new Sustainable Development Goals indicator 16.3.3.

Unresolved legal issues engender marginalisation. The need for better legal aid services is significant not only in Least Developed Countries, but remains a challenge in emerging and developed economies as well and affects minorities, rural populations, women and children in particular. SDG 16 (specifically Target 16.3) aims to promote the rule of law at the national and international levels and ensure equal access to justice for all.  When the SDG indicators were established in 2015, civil justice problems were – as noted by the World Justice project and others – deemed too complex and ubiquitous to be included in the SDG framework, resulting in the initial adoption instead of two criminal justice focused indicators on crime reporting (16.3.1) and detainees (16.3.2). After a long and complex process (unpacked here), a new indicator 16.3.3 on civil justice was finally adopted by the UN Statistical Commission at its 51st session in March this year.

Indicator SDG 16.3.3 covers the “proportion of the population who have experienced a dispute in the past two years and who accessed a formal or informal dispute resolution mechanism, by type of mechanism”. The new indicator has been described as “people centered” measuring “the experience of legal problems from the perspective of those who face them” and providing a broad assessment of public justice needs by covering formal and informal legal institutions.

Since their inception, the SDGs have been steeped in tech hype along the lines of  “technology can fast-track the global goals”. Concurrently, the legal world has seen the rise of “legal tech”, referring broadly to the use of technology, software and computer analytics to provide legal services and justice. Shifting the time, cost and scope of knowledge production and management in law, the hope is that “legal technology has the potential to be a huge game-changer in the fight for access to justice”. According to its promulgators, the rise of legal tech entails the transformation of legal practitioners into data brokers as well as the rise of new hybrid professions, such as legal knowledge engineers and legal technologists. This is a theory of change advocating optimistic and often utopian claims about the power of technology to improve legal practice, while making it more affordable and accessible. For SDG 16, there is talk of “technology-enabled legal empowerment strategies”.

In the new SDG 16.3.3 context, there is a need to have critical conversations about the digital transformation of access to justice now happening globally and particularly in developing economies. The blog outlines four pointers for such conversations.

The first issue concerns problem-framing and how we calibrate our critical discussions. Much of the existing technology has been developed and trained on US data and is relevant to the rationalities, processes and values of common law systems. As observed by Smith (2018):

Most talk of technology in the service of access to justice takes place in the context of countries with developed economies like the US, UK and Australia. Actually, as a matter of practice, much international talk is restricted further to anglophone countries where cross-communication is easier.

As a result, the academic literature on legal technology is heavily US-centric and focused around progress narratives about types of technology, ways legal tech can improve lawyering and how legal tech may be the answer to a host of access to justice challenges, for example through remote legal support. The accompanying ethics literature combines technology and legal ethics to argue for an emergent “duty of technological competence”. The more skeptical literature focuses on the shortcomings of legal tech both “on the books” and “in action” (I have written about this here). The geographic bias of both advocates and critics means that particular issues, including ethical ones, that might arise in the uptake of legal technology in jurisdictions other than the US (and in particular in the global South) that might be civil law or hybrid have been given little – if any – critical attention.

2.    The framing of social justice problems

The second issue involves paying attention to the framing of social justice problems, as the discourse around the SDGs and access to justice becomes more firmly bound up with legal tech narratives. When examining agenda shaping in the SDG 16.3.3 context, attention must be paid to whether and how the framing of access to justice problems shifts to problematisations being amenable to technological innovation and legal design and intervention and the interests of technology stakeholders. On one level, a focus on “small data” for example, drawn from the experience of users and offering ways to understand and address specific “local” problems has substantial emancipatory potential. Similarly, the growing legal design community emphasises the need for user-centered innovation to improve access to justice. Yet, better innovation will not resolve what remains a set of political conflicts regarding participation, distribution and social justice. The main protagonists in the effort to globalise legal technology are market actors, not governments or civil society.

The third issue is about the need to properly gauge the potential for risk and harm. Per definition, legal technology introduces new forms of digital risk and harm to lawyers and law firms, to their clients — and to the citizen-users of financial services and government platforms. A general set of risks concerning technological innovation and digitisation includes problems of criminality, such as the potential of data misuse and cyber/information data security breaches leading to identity theft, or theft, destruction or manipulation (removal, addition, alteration) of legal and personal data. A specific type of risk pertains to legal technology as a tool for promoting the rule of law and access to justice. This relates to technological incompetence, for example in relation to e-discovery and organisation of services (cybersecurity protection and vendor provision of cloud computing services and so forth), as well as new forms of malpractice, for example failure to protect confidentiality in lawyer-client relationships, or misuse of social media. Yet, both the general and specific forms of risk are deeply political: the problem in less-resourced settings is that marginalised individuals are less able to protect their data privacy and deselect intrusive legal tech solutions and least likely to seek remedy for infringements and violations caused by legal tech induced harms.

The fourth issue relates to the continued need to take the evolving nature of the digital divide seriously. The digital divide affects access to ICT, connectivity, digital literacy and the ability to afford software updates and cybersecurity protections required for using legal tech effectively safely. While touted as a tool for legal empowerment, if not implemented carefully, technology can deepen existing inequities in access to information; distract from the need for accessible and in-person legal services; and provide unreliable information. Small technical alterations in design and implementation can create ripple effects due to the potential for rapid and unreflective uptake in legal systems starved of capacity and resources. At the same time, as governments also in least-developed countries are increasingly becoming sophisticated users of surveillance technology – with few legal constraints – legal tech is also becoming a site of ethical precariousness, as sensitive data flow from clients to lawyers, or individuals and organisations using trial-on-site gadgets, platforms and services.

There is no techno-fix for SDG16.3.3. Legal technology cannot resolve the structural challenges afflicting access to justice schemes.

Kristin Bergtora Sandvik (S.J.D Harvard Law School 2008) is a professor of legal sociology at the Faculty of Law, University of Oslo and a Research Professor in Humanitarian Studies at PRIO. She works on the digital transformation of humanitarian action and refugee management with a focus on legalization, accountability, ethics and rights. Most recently, she has published on humanitarian wearables and digital dead body management.