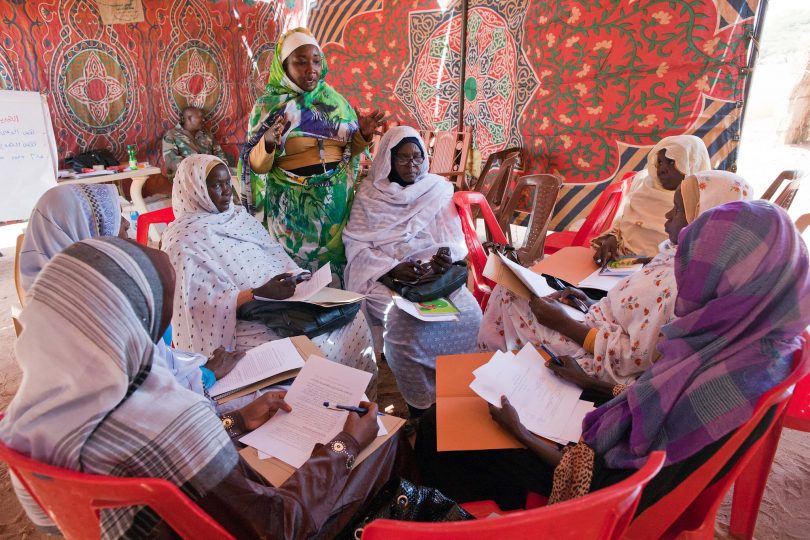 Since 2012 there has been a dramatic upward trend in the number of state-based violent conflicts. The number of deaths due to war has grown from an average of 35,000 a year in the first decade of the 2000s, to 118,000 in 2015. A tidal wave of displaced people attempting to escape annihilation has multiplied to 65 million, the highest recorded.

Reflecting on this global crisis, three major UN reports prepared and published during the last two years have emphasised the imperative for strengthening conflict prevention to sustain peace. Responses to them have been articulated in strong resolutions by the Security Council and General Assembly and in the Sustainable Development Goals.

However, the track record of Member States on conflict prevention does not match this thematic support. The new UN Secretary-General António Guterres said in his first address to the Security Council on 10 January 2017 that ‘the priority of everything we do together [must be] preventing conflict and sustaining peace’. He went on to state that ‘we spend far more time and resources responding to crises rather than preventing them’; and that ‘it has proved very difficult to persuade decision-makers at national and international level that prevention must be their priority’.

These factors make strengthening Australia’s attention to conflict prevention essential. With this context in mind, the Department of Foreign Affairs and Trade (DFAT) commissioned the Australian International Conflict Resolution Project at the University of Melbourne to prepare the report State Support for Peace Processes: A Multi-Country Review.

The report explores how seven countries have approached peace processes. Three of these have a strong track record of supporting peacemaking activities: Canada, Norway and the UK. The four others – Malaysia, New Zealand, South Africa, the US – have taken some action. The aim is to assist in identifying concrete steps which Australia could consider taking.

Government leadership is central to establishing effective peace support processes. This involves inclusion of all relevant ministers in a cabinet peace and security committee chaired by the Prime Minister; and articulation of a national peace, stability and security strategy. UN Security Council Resolution (SCR) 2171 includes a comprehensive listing of conflict prevention and resolution mechanisms suitable for strengthening national and multilateral commitment to peaceful conflict resolution.

Several countries emphasize the value of working to support peace efforts through multilateral institutions such as the UN; and view multilateralism as a significant way for middle-power countries to influence global affairs and conflicts with significant asymmetries. States can enhance policies and practices nationally and internationally in coordinated efforts to address peace and security issues through multilateral organisations, international coordination and engagement of academics and international NGOs (INGOs).

Every conflict is different and requires carefully considered action: from preventive diplomacy; through appointment of an expert committee of inquiry; a political mission; use of the good offices of the Secretary-General; reference to the Security Council which can authorise sanctions or appointment of peace-keepers; negotiation; conciliation; mediation; arbitration; reference to regional peace-making agencies; through to reference to an international judicial tribunal. More training in the whole range of conflict resolution skills such as mediation would be highly valuable. Quite often INGOs can be effective unofficial agents easing conflict – and they would benefit from public funding.

DFAT’s preparedness would be strengthened by upgrading overall departmental funding and diplomatic staffing, and by establishing a unit specialising in increasing expertise in handling conflict, advising diplomats and others about options, providing conflict resolution training, liaising with UN, other national agencies and conflict resolution NGOs and gathering departmental and other information about experience.

A valuable initial task would be conducting a comprehensive review of Australia’s governmental support for peace processes over the past 25 years to identify lessons from experience. Establishing a national mediation standby roster or restructuring the Australian Civilian Corps Stabilisation Roster List would enable identification of non-government expertise which could be activated quickly. SCR 1325 and the 2015 UN Global Study Preventing Conflict, Transforming Justice, Securing the Peace provide excellent guides to means of engaging women fully and equitably in peace processes.

Preparation of the 2017 White Paper on Australian foreign policy provides an ideal opportunity to systematically review the role of peacemaking within Australia’s foreign policy and to identify appropriate means of increasing Australian support for peacemaking. This approach would ensure whole-of-government cooperation in planning and implementing enhanced peacemaking processes.

Action to resolve or prevent conflict at an early stage is far more cost effective than attempts to resolve, restore or repair once violent conflict has erupted. To maximise the long-term effectiveness of Australia’s foreign policies there would be great value in strengthening Australia’s conflict prevention and resolution capabilities.

John Langmore is Professorial Fellow in the School of Social and Political Sciences at the University of Melbourne.