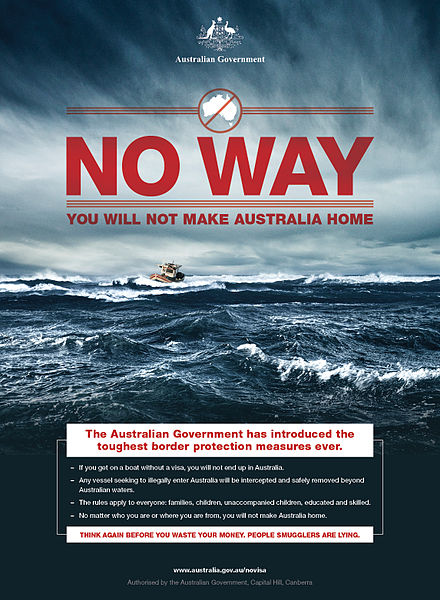 Australia is pouring money into a system that targets the vulnerable in our region, and it is doing so with considerable secrecy and scant regard for the costs.

Recent evidence of its profligacy came in a report from the Australian National Audit Office claiming the immigration department spent $2.2 billion on offshore detention programs without going through adequate processes to ensure value for money, and without appropriate oversight of contracts for services.

The report found contracts had been entered into in haste to give effect to government policy decisions, and the result was higher than necessary expense for taxpayers and significant reputational risks for the Australian Government and the department.

Australia’s offshore detention camps are now notorious, but less is known about other attempts to curb irregular migration. Yet Australia invests heavily throughout the Asia-Pacific to ensure that irregular migrants – including asylum seekers – never arrive on its shores.

The Australian public has a right to know how the Government is spending public monies, to what ends and with what results. The public also deserves an explanation of how spending on border controls fits with other regional policy initiatives. These include justice programs designed to promote the rule of law, strengthen judicial independence, support national human rights institutions and counter violence against women and children.

It is impossible to obtain clear financial costings, but a conservative accounting suggests Australia has spent well over a billion dollars annually since 2012 on these efforts to prevent irregular migration. With no boats known to have made landfall on Australian territory since late 2013, this might be considered money well spent – albeit a large pot of it. But what are the other costs associated with this secretive regime? There is the suffering of individuals trapped in countries where they are persecuted or live in limbo without rights. But there are also broader implications for Australia and the region.

In its collaborations with Cambodia, Iran, Nauru, PNG, Sri Lanka and Vietnam, Australia has aligned itself with authoritarian regimes implicated in serious human rights abuses. The funding it provides in exchange for support on irregular migration strengthens and entrenches these regimes. Australia is promoting the securitisation of irregular migration in the Asia-Pacific, putting it on what Josiah Heyman calls ‘a war footing’. In the process, the power of executive governments is enhanced, along with their immunity from public scrutiny and control. Throughout the region, rights activists have expressed dismay over these developments.

Australia’s refusal to open its borders to displaced people is also viewed with disdain by communities that are poorer and less well equipped to assist. Deni ToKunai, a political commentator in PNG, says the 2013 agreement to establish an Australian-funded detention centre contributed to “a boiling resentment [among many in PNG] against Australia and the Australian people never before seen by this generation”.

This resentment is unlikely to evaporate. PNG’s Supreme Court may have ruled the detention arrangements unconstitutional, but there are still hundreds of people living in the centre, and building work is underway on a new ‘transfer’ centre funded by Australia.

How Australia’s irregular migration policies interact with other forms of regional policy engagement has not been publicly explained or defended, but the former are inconsistent with other goals, including advancing the rule of law. Regional justice programs are unlikely to gain traction while Australia continues to fund detention and control regimes that perpetuate violence and operate outside the purview of the law. Instead, they may well contribute to regional perceptions of Australia as a nation of selfish and self-serving hypocrites.

Emma Larking is a visiting fellow at the School of Regulation and Global Governance (RegNet), ANU.

This post is republished with permission from Policy Forum, Asia and the Pacific’s platform for public policy analysis, debate and discussion. It is based on the author’s article for Asia & the Pacific Policy Studies, ‘Controlling irregular migration in the Asia-Pacific: is Australia acting against its own interests?’ Read and download the full article for free here.

Emma Larking is a visiting fellow at the School of Regulation and Global Governance (RegNet), ANU. She has worked at RegNet as a research fellow, and an ARC Laureate postdoctoral fellow on Professor Hilary Charlesworth’s project, ‘Strengthening the international human rights system: rights, regulation and ritualism’. She has also worked as a lecturer in the University of Melbourne’s Schools of Historical and Philosophical Studies, and of Social and Political Sciences. Her disciplinary backgrounds are in law and political and applied philosophy. She has a PhD in applied philosophy from the University of Melbourne. Emma is author of Refugees and the Myth of Human Rights: Life Outside the Pale of the Law (Ashgate, 2014), and editor with Hilary Charlesworth of Human Rights and the Universal Periodic Review: Rituals and Ritualism (Cambridge University Press, 2014).