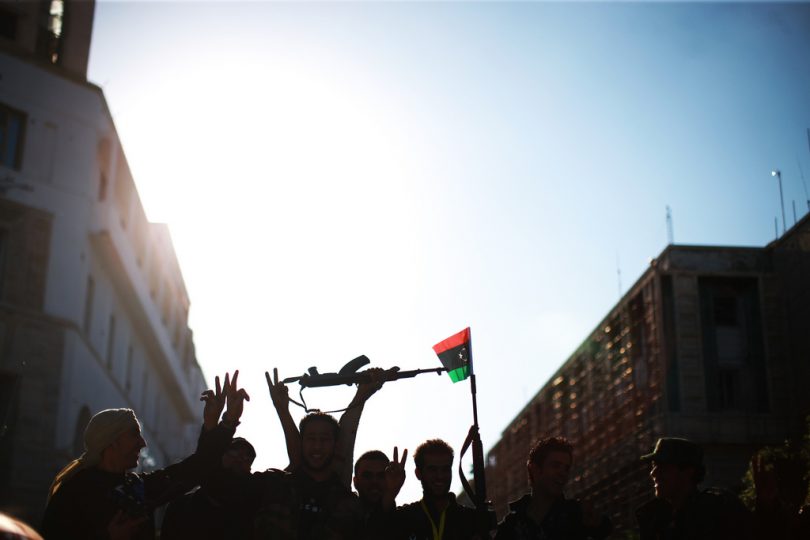 This post, the first in a three-part series, presents excerpts from a lecture given by Andebrhan Welde Giorgis at the Development Policy Centre in April 2017, entitled “Democracy in Africa: Past, Present and Future”. Read parts 2 and 3, download the full lecture here, or listen to the podcast here.

The end of colonial rule, or the advent of independence, ushered in a new era of hope and expectations of freedom, democracy and prosperity across Africa. The nationalist elites who advocated independence and Pan-Africanism became the new rulers. Once the dust had settled, however, the discrepancy between the optimistic vision of independence and the autocratic practice of the new regimes became apparent. The divergence operated to obstruct delivery of the promise of independence and frustrate the aspirations of the people for a better life.

Democracy was given mere lip service while autocracy remained the practice. Once at the helm of power, reaping the privileges and advantages of incumbency, the erstwhile proponents of democracy, freedom and prosperity became the new guardians of the status quo in self-service. Widespread discontent and alienation fed popular unrest and political instability in the context of weak economies, fragile institutions and external intervention fuelled by the East-West rivalry. As a result, a cycle of military coups d’état and counter-coups became common.

The khaki boys, as they were nicknamed, overthrew one civilian government after another and seized State power. According to the African Development Bank, Africa witnessed over 90 military coups and more than 110 attempts between 1960 and 2012. Yet the military regimes, many of which often sought legitimacy through the charade of sham elections, proved neither less autocratic nor better able to deliver public goods than their civilian predecessors.

Following the fall of the Berlin Wall, the weakening of the East-West rivalry and the “end of history”, a new wind of democratisation began to blow across Africa. Revised constitutions, pluralist politics and multi-party elections became fashionable. In practice, however, ruling elites often used the powers of incumbency to tilt the playing field in their favour and disable the conduct of free, fair and credible elections to secure ‘victory’ and retain power.

Worse still, there arose the practice of manipulated and/or coerced constitutional amendments to abolish presidential term limits. Furthermore, the persistent exercise of the politics of exclusion, under successive civilian or quasi-civilian regimes, continued to provoke multiple conflicts, intrastate wars and civil strife along several fault lines.

In the mid-1990s, for instance, intrastate conflicts and/or civil wars affected 31 of Africa’s then 53 independent states. The lack of peace, security and stability hampered socioeconomic development. This, in turn, foreclosed the emergence of a sizeable middle class and excluded the creation of autonomous civic organisations capable of countervailing the abuse of power. An undeveloped, insecure, and often divided civil society was too weak to nurture a democratic political culture, defend democratic principles or serve as a bulwark of democratic norms. Most independent African States were thus unable to make the transition to a democratic system of government, establish functional governance structures or deliver public goods.

The concentration of power, resources and opportunities in the hands of a small minority in the capital fuels alienation among the neglected majority in the centre or the marginalised groups in the periphery. This causes disaffection, fans discontent and provokes resistance. Repression backfires and breeds armed rebellion. Armed resistance challenges the legitimacy of the State’s monopoly and use of the instruments of violence. This dynamic explains the many destabilising civil wars and conflicts that have plagued postcolonial Africa while the colonial legacy of arbitrary fragmentation largely accounts for the interstate wars and conflicts.

Evidently, many African regimes preside over weak governments in fragile States. Obsessed with staying in power at any cost, they pursue the politics of division and exclusion through the selective distribution of power, resources and wealth in society, leaving a large majority of Africans disenfranchised, oppressed and poor. The failure of the prototype contemporary African state to deliver freedom, democracy and prosperity has eroded its legitimacy and rendered it largely irrelevant to the wellbeing of the great majority of the African peoples.

Andebrhan Welde Giorgis is President of Eri-Platform, an international civic association promoting inclusive dialogue on vital national, regional and international issues impacting Eritrea and the Horn of Africa. He is also Senior Expert in the Global Governance Institute, founding board member of the European Centre for Electoral Support and Brand Ambassador of Wallonia, Belgium. He is the author of Eritrea at a Crossroads: A Narrative of Triumph, Betrayal and Hope.