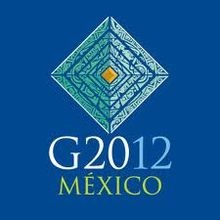 G20 leaders, at their seventh summit in Los Cabos, Mexico, trod water on development. Or, given that they were exercised by Europe’s ills, which could result in much referred pain for developing countries, it would be more exact to say that they didn’t do a great deal to advance their declared development agenda.

An interesting initiative, previously promised, was delivered:  “AgResults” will trial the use of results-based incentives to spur private sector innovation in agriculture. And an important process commitment was made:  leaders called for the development of an accountability mechanism to track commitments on development, by the time of the 2013 summit. Most everything else was progress noted and not a little clutter.

Whether this reflects the relatively limited bureaucratic capacity of the host – the first non-member of the OECD Development Assistance Committee to take on the role – or a collective loss of momentum and direction, or simply the seriousness of the euro-zone crisis, it calls for some reflection. Those who doubted the wisdom of starting down this path might well be sensing vindication. It is unlikely that Russia, the incoming chair, will take the reins with vim.

Australia has consistently supported the expansion of the G20’s agenda to incorporate development. Prime Minister Julia Gillard said in the lead-up to Los Cabos that Australia was proud of the G20’s work on the development agenda, and of its own contribution to that work, which has contributed particularly to outcomes on social protection, remittances and food security.

More to the point, Australia will lead this work in its G20 hosting year, 2014, and play a strong shaping role in the preceding and following years as a member of the troika of past, present and future chairs, commencing December 2012. Australia’s known troika partners will be Mexico (2013), Russia (2013 and 2014), and Turkey (2014 and 2015). While each of these countries now has a development assistance agency, none has great bureaucratic depth on development policy.

What course should Australia chart? To start with, it is worth reviewing the course already travelled. Looking back over the summits held since President George W. Bush elevated the forum to leader level in 2008, one can perceive a logical progression in the way development has been handled.

In the beginning, in Washington (2008), was the ritual reaffirmation of individual aid commitments. So far, no daylight between the approaches of the G20 and the G8. In London (2009), the G20 distributed its first loaves and fishes – though for well-defined, crisis-related purposes and not for Big Sectoral Gestures of the G8 variety. All up, something in the vicinity of $US50 billion was mobilised in support of mainly multilateral action to reduce the impacts of the financial crisis on developing countries, with an emphasis on food security, social protection, infrastructure and trade finance.

In Pittsburgh (2009), development became a load-bearing beam in the construction of a rebalanced global economy. Leaders said: let there be a Framework for Strong, Sustainable and Balanced Growth [pdf], and a related mutual assessment process, which shall take into account the impacts of our policies on low-income countries, and let the World Bank give us some analysis on this latter point. In Toronto (2010), leaders looked upon the Bank’s initial advice [pdf] (further developed here [pdf]) and said: right, given all that, let there be a Development Working Group, which shall elaborate a structured agenda for our several and joint actions in favour of low-income countries.

In Seoul (2010), leaders surveyed the offerings [pdf] of the Development Working Group, namely a set of principles for the G20’s engagement in development and a nine-pillar, multi-year action plan, and saw that they were on the whole pretty sensible – even if the action plan was excessively busy thanks to those who didn’t, in practice, subscribe to the principles. Go forth, and try not to multiply much more, the leaders said. In Cannes (2011), they set about the workaday business of blessing various processes and products flowing from the action plan. They approved useful actions on food security and infrastructure and magnanimously indulged President Sarkozy and Bill Gates’s enthusiasm for taxing financial transactions.

In Los Cabos, the sabbath of the series, it is fair to say that the leaders rested.

If Los Cabos was no watershed, what can we say has been achieved overall, and particularly since G20 leaders decided two years ago, in Toronto, to adopt a structured international development agenda?

The G20 twitcher, let alone the casual observer, faces no easy task in answering this question. This reflects several factors:  the diffuse nature of the multi-year action plan; the fact that France and Mexico further attenuated it; the fact that most G20 subsidiary bodies have involved themselves in development-related work; the fact that the G20, by design, lacks a secretariat; and the absence of a formal accountability mechanism.

If asked to peer into the mist and identify the handful of achievements that matter most, I would nominate the following.

First, the principles guiding the G20’s engagement in development, as agreed in Seoul, establish a clear field and style of action and provide good demarcation between the role of the G20 and that of other bodies, such as the G8 and the UN. The central concept is growth with resilience, to be promoted through practical, outcome-oriented action on systemically important issues.  Between the lines one can almost read: we shall not repeat the sins of the G8, and would rather sound boring than empty.

Second, the work of the High-Level Panel on Infrastructure [pdf] provides a strong basis for reform of the lending policies and instruments of the multilateral development banks. This could lead to an increase in the use of guarantees to leverage private investment, a consolidation of support for project preparation and a reduction in barriers to investment in transformative cross-border projects.

Third, the G20 has taken some important steps to increase public and private investment in food security and agricultural development through the creation of new funding vehicles, global surveillance and consultation arrangements and measures to improve access to food aid and regional food reserves in times of crisis. While its approach here has been scattergun, and elements of it will probably amount to less than expected, some good and concrete ideas have at least got off the ground.

Fourth, the G20 has taken initial steps in support of income security for the poor through its work on financial inclusion, remittances and social protection, including risk insurance mechanisms. However, there are currently too many players, or coalitions of players, working in these areas, with no clear leads. Moreover, work in the areas just listed proceeds in a disconnected fashion.

Fifth, and not least, the G20 has helped to mobilise additional resources for the international financial institutions, and has accelerated the process of increasing merit, equity and transparency in their governance and management arrangements.

That’s no list of miracles and wonders, but it’s creditable. Much more could be achieved in the above areas provided momentum can be regained between now and 2014.

The next two years will see a major upsurge in debate about aid effectiveness, aid volume and international development goals.  We will no longer have broadly uncontested but slightly distant goals, a global fiscal outlook that favours the growth of aid and a donor community that fits snugly inside the OECD community.

In this cacophonic environment, it will be important above all to sharpen and clearly articulate the logic of the G20’s involvement in development, and then follow it.

Given the G20’s history, membership and mandate, together with the Seoul principles and World Bank analysis, logic would suggest that its development agenda should focus more tightly on identifying transformational uses of public policy and finance that promote growth and resilience, in equal measure, to be taken forward by means of policy coordination among its members, with a particular emphasis on oversight of the multilateral development banks.

The G20 should avoid becoming preoccupied with the governance and management of aid or domestic revenues, the creation of technical policy and procedural guidance for developing countries, and the cultivation of complex trilateral cooperation and knowledge-sharing arrangements. It should not seek to run anything:  its primary vectors of action should be the policies and programs of major global actors, namely the multilateral development banks and its own membership.

Within this perspective, the G20 should break down the notion of resilient growth into its most critical elements and, piece by piece, develop concrete policy goals. The most obvious such elements are two: infrastructure and social protection, where the latter term means not merely welfare but the whole web of arrangements that reduce the impact of reversals on poor and vulnerable producers and consumers. Food security, which should remain a prominent theme, is properly part of the social protection agenda, and not vice versa.

A third element is also important: effective financing. This is not just, or even primarily, about how money is raised or how people and firms get access to it; it is about how all available resources are used, with optimal impact and efficiency, to achieve development outcomes. This includes the use of resources, across all development sectors, to reduce investment risks and encourage private resource flows, reward the achievement of results, spur innovation and empower consumers of goods and services. All of these things, to different degrees and for different reasons, are at present badly under-supported by both development assistance and national budgets.

Finally, two process points. First, legitimacy requires that the G20’s development work proceed with transparency and accountability. This doesn’t entail that it be subject to cumbersome governance arrangements, but it does need to be subject to structured consultation, including through more organised outreach to low-income countries and civil society organisations.  Accountability is not achieved by checklists alone. Second, efficiency requires that the work proceed in accordance with a principle of subsidiarity – work should be entrusted to organisations best placed, in terms of mandate and capacity, to advance it, rather than to sprawling coalitions of those who have an interest in it.

Whether Australia will be able to find much common ground with its troika partners on development remains to be seen, but it certainly has a rare and imminent opportunity to refine the G20 catechism in this area and, leaders willing, do a few good works.