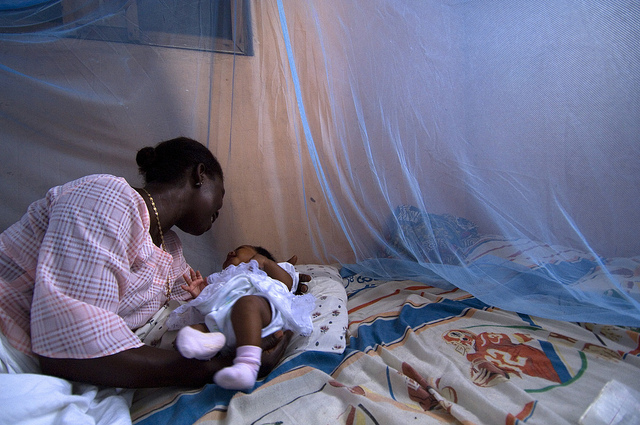 In 1970, countries from across the globe agreed to a common aid goal: that for every hundred dollars of national income, they would give 70 cents of aid to developing countries.

In almost half a century since then, Australia has repeatedly reaffirmed our commitment to the international aid target. Other nations have gotten there. Unlike Sweden, Denmark and the United Kingdom, Australia has never met the 70 cent goal.

But like any target, we can still judge Australian governments on how close or far they have come to meeting this commitment to the world’s poorest.

Then the Coalition won office with an aid commitment that matched Labor’s, but then put us on a very different path. Today, Australia spends just 23 cents per hundred dollars on overseas aid. The “madness of endless aid cuts“, as they’ve been described by World Vision CEO, Tim Costello, have damaged both our reputation and our relationships with neighbouring countries, have put Australians at risk by cutting public health, education, infrastructure and biosecurity projects.

The awful truth is that it doesn’t have to be like this. Spent wisely, foreign aid can transform lives for the better.

A strong aid program is in our enlightened self-interest. Eighteen of our 20 nearest neighbours are developing nations. We sell over $90 billion worth of goods to developing countries each year. Disadvantage helps fuel instability and violence in fragile states. Addressing the unprecedented flood of refugees requires working to address the reasons that so many are forced to flee their homelands. Whether you care about trade, terrorism or asylum seekers, a smart aid program can be part of the solution. The number one purpose of foreign aid is to alleviate disadvantage. But few developed nations have as much self-interest in running a good aid program as Australia.

In part our aid program is defined by our place in the world. Ours is the largest economy in a neighbourhood dominated by developing countries. Basic services and governance in countries like Indonesia, East Timor and Papua New Guinea rightly remain a core focus of our aid program.

Australian aid should also be defined by a clear public recognition of what it is, not what is isn’t. It is not, and never has been, one big bucket of money into which governments scoop whenever they see fit. To mindlessly cut foreign aid is to forget the second half of the saying: ‘charity begins at home – but doesn’t end there’.

It is the responsibility of Australian governments to explain the benefits of Australia’s aid contribution for all of us. Australia has a duty as good global citizen to do what it can to reduce poverty and inequality, as well as respond effectively to humanitarian crises. Policymakers must tell the story of nations like South Korea, which has gone from being an aid recipient to an aid donor.

But Australia also needs to think about where our aid can be most effective. We need to concentrate on areas where we have a comparative advantage and rigorously evaluating our aid programs.

Our first comparative advantage is that we are unusually well endowed in natural resources. This is particularly important in light of the ‘resource curse’ – the fact that developing nations who have more natural resources are more likely to be poverty-stricken dictatorships. If we can help developing nations to make better use of their natural resources, the resulting fiscal flows could help societies to transform themselves for the better. If developing countries can benefit from their minerals, the payoff could dwarf anything that aid might hope to deliver.

Australia’s second comparative advantage is in dryland farming. Today, African cereal yields are 66 percent below the global average, and Africa is a net food importer. Australian farmers have experience in good water management, in selection of hardy crops and animals, and management of seed stocks. Improving agricultural productivity is critical to boosting living standards. Wherever possible, we should export our expertise in Australian dryland farming.

Our third comparative advantage is operating in post-conflict environments. Where our other advantages were things we chose, this is one that was thrust upon us. From our experience in East Timor and the Solomon Islands, Australia has acquired valuable experience in post-conflict environments where improving basic education is one of the most powerful tools for economic development, better governance, and stopping extremism.

We need greater certainty about how Australia’s aid programs impact on the developing world. Although randomised trials are not the only evaluation tool, for most purposes they are superior to other impact evaluation approaches.

Take the case of bed nets. To answer the question of whether or not free anti-malaria bed nets were taken up and used for their intended purpose, researchers from the University of California-Los Angeles carried out a randomised trial, in which villagers in Uganda and Madagascar were randomly selected to receive bed nets that were free, or merely subsidised. Their results provide a clear answer: free bed nets have substantially higher take-up rates than nets that are merely subsidised – and free bed nets are equally likely to be used for their intended purpose.

Randomised trials provide extremely strong evidence for or against particular policies, yet the Australian Government conducts very few of them.

Looking at the challenge of development, it is easy to become pessimistic. Hundreds of millions of people live in extreme poverty and many of these are in our region. Every day, 17,000 children under the age of five die from preventable or treatable conditions. Millions are living in makeshift camps, displaced from their homes by conflict and economic hardship. Teenage gangs commit acts more appalling than any Hollywood horror movie producer would dream up.

And yet, there is reason for optimism too. For Australia, some of the challenges of the developing world are challenges that we have faced in the past. Since the Eureka Stockade, our nation has been devoting attention to ensuring that mineral wealth benefits all of us. Making a living from agriculture in the world’s driest inhabited continent was a challenge for the Indigenous people as for European settlers. And in our social policies, there is an increasing recognition that improving the quality of evaluations will help us make the best use of scarce taxpayer dollars. Spent wisely, Australian aid can – literally – help to change the world.

Andrew Leigh is the Shadow Assistant Treasurer. Senator Claire Moore is the Shadow Minister for International Development and the Pacific.

This post is republished with permission from the ACFID Blog. It has been adapted from a submission to ACFID’s Australia Ahead of the Curve: An agenda for international development to 2025. The full submission is available here.

Claire Moore is a Labor Senator for Queensland. She is the Shadow Minister for International Development and the Pacific.