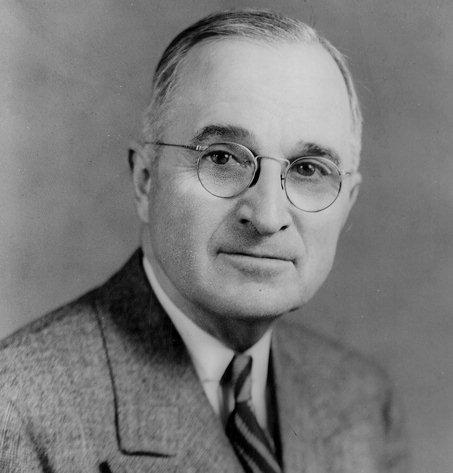 According to some of its critics, the era of modern development aid is said to have begun in 1949 with a speech from US president Harry Truman.

We must embark on a bold new program for making the benefits of our scientific advances and industrial progress available for the improvement and growth of underdeveloped areas. The old imperialism – exploitation for foreign profit – has no place in our plans. What we envisage is a program of development based on the concept of democratic fair dealing.

As far as these things go, this claim strikes me as more than a little off. Development as a process began centuries earlier in Europe with the industrial revolution and, while it took some time to be recognised, the phenomenon was already exciting intellectual interest long before Truman.

Aid too has a considerably longer history. Some NGOs such as Save the Children have been in existence for close to a century.

Yet nevertheless, at some point around the time of Truman’s speech, it is true that the seeds of today’s development community were laid. The UN was created and its agencies began to propagate. The Bretton Woods institutions came into existence. The Universal Declaration of Human Rights was signed. And government aid started to be geared increasingly towards post-colonial states.

So, perhaps, if we were to invent a nominal date of birth for the modern era of development, Truman’s speech mightn’t be such a bad location for it. Which would mean the world of aid as we know it is now into its seventh decade of life.

It’s generally thought that people acquire some insight as they age, and most of us hope that by the time we’re in our 60s we’ll end up at least a little wiser. So it seems reasonable to expect that the world of aid might have learnt a few things over the years too.

Then again, perhaps not?

What follows are 5 lessons I think we should have learned by now. Even if we haven’t. Feel free to offer your own suggestions, either in comments, or, if you’re interested, perhaps in a guest post.

The term ‘Boomerang Aid’ is quite possibly Australia’s greatest gift to development discourse. This is aid which is given for the primarily purpose of benefitting people in donor countries. At best it’s an inefficient way of giving aid, at its worst – for example, US food aid – it may well do more harm than good. Similarly, aid given primarily for geostrategic reasons (think of much of the aid given to dictatorships in the Cold War) is also unlikely to help.

There is a well-regarded development blog called “Good Intentions are not Enough” – its name reflecting the fact that good intentions alone won’t guarantee good aid. Yet, while they’re not enough,  good intentions are a sine qua non of successful aid giving. If aid is going to work it has to be given for the right reasons.

“It is ideas, not vested interests”, Keynes once wrote,  “which are dangerous for good or evil.” I’m not so sure, the power of vested interests to distort aid giving and contribute to decades of Boomerang Aid suggests to me that vested interests have, in fact, got a bit of fight left in them yet. Nevertheless, ideas do deserve some of the blame for a number of aid disasters. From the ill-conceived infrastructure projects of the state led era of development in 1970s to botched privatisations and brutal austerity programmes in the market mad 80s and 90s, too often aid has been led astray by the intellectual offspring of ideas born in the ideological debates of our own countries. Now that we’re in our 60s I think it’s time we put all this behind us and let evidence drive policy. Development research is one area which really has ‘developed’ over the years. Aid would be better if it drew more heavily on it.

3. Be mindful of fads

It’s not just ideology that’s propelled bad ideas onto the world of aid. The other culprit is our perennial search for the ‘next big thing’. From poverty traps, to participatory approaches, to micro-finance, to the Paris Declaration, development work is clearly prone to fads. But, now that we’re 60 plus, I’d like to suggest that perhaps we’re a little old for all this now and that, rather than latch devotedly onto the next big thing, we make use of as many tools as possible, applying them to context as suggested by the best available evidence.

4. Aid can’t do everything

Claiming that aid is a panacea or, alternately, a Very Bad Thing, is a great way of selling books, but it’s also incorrect. There’s evidence to show that aid has some significant successes to its name and there is almost no evidence that well-given aid does significant long-term harm. Yet on the other hand, there aren’t any examples of aid having dramatically transformed particular developing countries. In reality, aid can help, but there are also many things it can’t do. Because aid can help we should keep on giving it. But at the same time we should also be much more humble about what we strive to achieve through it. Aid won’t end poverty and it won’t create well governed countries over-night. One of the best ways of ensuring the positive impact of aid is to accept its limitations. Be honest about what it can’t do and then stop wasting resources in these areas.

The fact that we’ve been giving aid for over 60 years now ought to be indicative of one final lesson: in all likelihood we are going to be giving aid for decades to come.

Good things take time and aid engagements are long term engagements. And strategies predicated on short term success are a recipe for failure. If we were a little less hurried in our thirst for development, as paradoxical as it seems, we’d probably get there quicker.