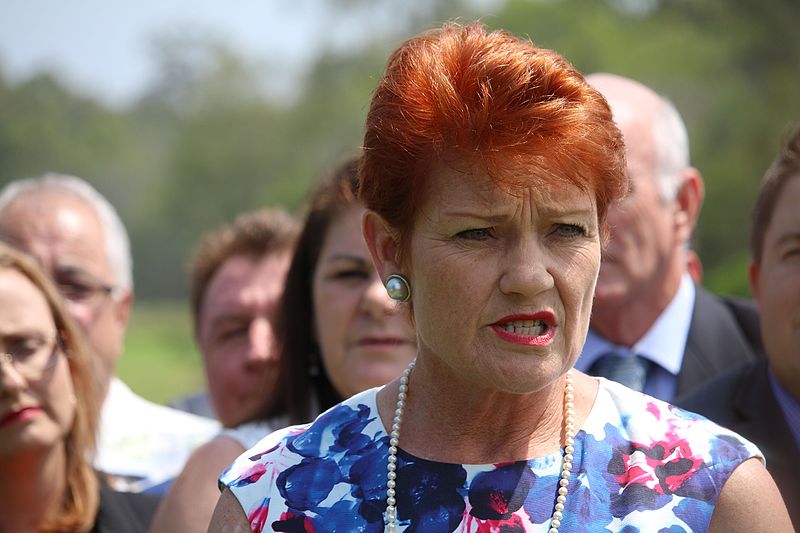 One little-noted irony of the 2019 election is that it was only for the fiercely xenophobic right that foreign aid was a major issue.

It is true that the Labor party pledged an extra $1.7 billion for international development over the next four years. However, this largely went unnoticed, and of course, Labor lost. The Liberals said next to nothing about aid, and certainly didn’t promise any more.

Surprisingly, this lack of interest is not shared by One Nation, for whom opposition to foreign aid trails only behind their obsession with slashing immigration. In February they unsuccessfully tried to move a motion in the federal senate that called on the Government to “divert the allocation for foreign aid in the upcoming 2019 budget to relief assistance for drought, fire and flooding victims from across Australia.” Since then, opposition to the very existence of an Australian aid program has been central to their rhetoric. Although One Nation didn’t release a formal aid policy, they put out a press statement on the day the election was announced, calling for the aid program to be ‘redirected’ to Australians, that is, abolished.

This issue matters more than it did ten years ago.

Beyond the inner cities of Australia, the edge of the same storm system that gave us Trump and Brexit has spurred the growth of right-wing nationalism. In the recent election One Nation benefited from an unexpected surge in support right across the country. Although they were not able to pick up any new seats, they captured 8.7 per cent of the primary vote in Queensland and surprised everyone by carrying 21.8 per cent of the primary vote in the Labour heartland of Hunter in NSW.

There are two reasons that those who care about international development can’t afford to ignore this.

First, the past 18 years have shown that fringe and ignorance-fueled ideas can influence federal policy. Left alone, anti-aid ideas will likely amplify rather than evaporate. Second, the machinations of preference trading and proportional representation in the senate could mean that One Nation or a party like it could end up with the balance of power.

To put it bluntly, when One Nation asks, “How can we justify shamefully wasting billions on overseas handouts to corrupt governments and unaccountable NGOs while our own farmers struggle with extreme droughts and suicide!?”, the development sector needs to be ready to challenge them.

Pauline Hanson, who presumably doesn’t subscribe to the Devpolicy blog, appears to believe that foreign aid is a zero-sum game, with money diverted directly from rural Australia to lavish on ungrateful foreigners and their corrupt governments. Natural disasters such as the recent Queensland floods are used to double down on this message, with the perceived lack of government help put down to Canberra simply not being interested in the lives of ‘real’ Australians.

In places where Australians feel, often with reason, that they are being ignored and neglected by the government, this is an idea that can play well.

Development policy advocates need to take more seriously the idea that the tax-paying public (including those in regional and rural Australia) are stakeholders too, and seek to make clear, with a minimum of spin, why helping out our neighbours is both the right thing to do and in the national good. Our aid to Indonesia, for example, is not charity but part of a mature and mutually beneficial partnership that includes access to an enormous market for Australian meat and grain. This information is of course already available to those with the interest and the background to make sense of it. However, there needs to be recognition, without judgement, that much of the Australian population has neither.

Research by Jonathon Pryke of the Lowy Institute provides some suggestions as to what might be going on. ‘The average Australian” he points out “believes we invest about 14 per cent of the federal budget on foreign aid and that we should actually invest about 10 per cent. In reality, we invest 0.8 per cent.” I am a little sceptical about this. If a large number of Australians really did believe that 14 per cent of the budget was being spent on aid it would surely have been the major electoral issue. However, the conclusion that many members of the public perceive foreign aid to be a far larger drain on the economy than it actually is seems plausible, and this misconception certainly does nothing to dispel the politics of One Nation and its ilk.

When it is working as intended, Australian development aid is about building relationships, enhancing national security, finding win-win solutions and addressing acute suffering among our neighbours and friends. Though not transactional, Australians are better rather than worse off for it. Most people don’t know this, and for as long as that remains the case One Nation and its fellow travellers will continue to win votes on the idea that Canberra is run by an out-of-touch elite that prioritises the welfare of foreigners over farmers. During these disruptive political times it is especially important that they are not able to do this unchecked. Neglecting this task runs the risks of eventually scuppering the enterprise of Australian development aid as a whole.