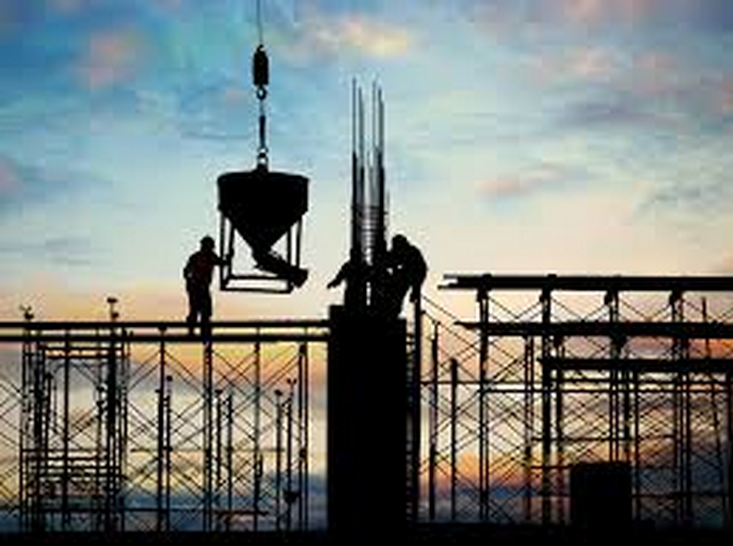 Australia’s decision not to join 21 other countries as a founding member of the Asian Infrastructure Investment Bank (AIIB) has generated considerable media attention in recent days. The AIIB is the brainchild of the Chinese leadership. Premier Xi Jinping announced the idea of establishing a regional bank to help governments finance economic infrastructure – a role currently performed by the Asian Development Bank (ADB) and, globally, the World Bank – prior to last year’s APEC meeting in Bali.

Prime Minister Tony Abbott justified the government’s decision not to join the AIIB at this time on the grounds that not enough detail had been provided about its governance and operational arrangements. But he left the door open to joining at a later date:

Should we get that sort of transparency and those sorts of ­governance arrangements, not only will Australia be happy to join, but I imagine that Korea and Japan and the United States would also be happy to join.

Cabinet was reportedly split [paywall] in its decision not to join. Joe Hockey and Andrew Robb are said to have been in favour, Julie Bishop against. It’s speculated that Bishop opposed joining primarily for geopolitical reasons, though she might well have been concerned about the development effectiveness of the new bank too, and possibly the budgetary impact (though see below).

The focus of media reports has been on the strategic implications of Australia’s joining the AIIB, or not. There has been less discussion about the development implications. However, some commentators have focused on the widely reported infrastructure financing gap which has been used to justify the bank’s establishment. The estimate that Asia requires some $US8 trillion in public and private infrastructure investment between 2010 and 2020 comes from an ADB Institute working paper [pdf], and has been used by the ADB to justify its own heavy emphasis on infrastructure financing. The ADB thinks that around 70 per cent of this investment will need to come from the public sector, including through borrowing from international financial institutions like the ADB and now the AIIB.

Paul Keating points to the $US8 trillion financing gap when arguing the benefits of the AIIB, whose initial capital base of $US50 billion, a bit under one-third the size of the ADB’s, is quite significant. Keating is strongly of the view that existing multilateral development financing institutions cannot meet Asia’s public sector infrastructure financing requirements. Peter Drysdale agrees:

The existing multilateral development banks … are not making a significant contribution to the commercial financing of investment to upgrade or extend essential economic infrastructure, partly due to their limited financial capacity.

But does the financing gap have to be reduced by establishing another regional development bank? Perhaps the BRICS’ New Development Bank will not loom large in Asia, but the ADB is already widely and rightly perceived as an ‘infrastructure bank’. It already has a well-developed administrative capacity and regional network, and a considerable depth of expertise in infrastructure financing, including in the development and application of social and environmental safeguards, as well as debt sustainability analysis. It doesn’t always get things right, but at least we know all about it when things go wrong, and remedial action is taken.

The problem, of course, is that China cannot unilaterally increase its share in the capital of the ADB, or of the World Bank. Expanding either of these two bank’s capital bases with a large injection of Chinese capital would require the agreement of other members to selective capital increases, with consequences for those members’ ownership shares and voting power. The World Bank is currently and for the foreseeable future dominated by the United States; the ADB by Japan.

This problem of relativities arose even in negotiations on the BRICS’ New Development Bank: China reportedly wanted to contribute more capital than it did, but the other BRICS did not want to be bit players in the new organisation’s governance. It’s very unlikely that we will see a radical change in the status quo at the western-dominated multilateral development banks (MDBs) that would reflect China’s economic standing in the world, as was demonstrated when the US Congress balked at passing the legislation required to allow a quite minor adjustment to the quotas and voting powers of IMF member countries.

For better or worse, then, the AIIB will be established and Asian developing countries will now have one more international development organisation to deal with. So what should Australia do now? Stick with its announced decision to shun the new bank, or get inside the tent, as Singapore has decided to do, in order to exert a ‘positive’ influence? The latter course of action has been urged by a number of commentators. Philippa Brant, who describes the decision not to join as a ‘missed opportunity’, has previously argued that,

… as we know from the history of the Bretton Woods institutions, it is easier to shape these institutions by getting involved early. They prove challenging to change down the track.

From a geopolitical perspective, she points out that Australia does not need to ‘choose sides’: it can be involved in both the ADB and AIIB, reflecting a desire to maintain its relationship with both China and the US alliance countries.

But there are counter-arguments. From an aid effectiveness standpoint, contributing to the AIIB could further fragment Australia’s development assistance effort, and lead to reduced funding for other worthwhile purposes—though not necessarily at a cost to the ADB and World Bank. Whether this is indeed a counter-argument depends on how members will be asked to contribute. If the AIIB lends on hard (market or near-market) terms, as Andrew Elek has urged, it will require mainly ‘callable’ capital, which is effectively a government guarantee carrying no budgetary cost at all. Australia’s paid-in capital would be a charge to the aid budget, but only a small proportion of each member’s capital is likely to be paid in. For example, Australia’s capital subscription to the ADB is worth over three billion US dollars, of which only seven per cent has been paid in. The institutional relationship with the AIIB would be largely managed by the Treasury, as in the case of the European Bank for Reconstruction and Development. On the other hand, if the AIIB has a large concessional fund like the ADB’s Asian Development Fund, the costs to the aid budget and the management burden for DFAT could be quite considerable, and would involve big trade-offs.

There is also the question of how far Australia might actually be able to exercise influence over the AIIB’s governance and lending policies. If the answer is ‘little or not at all’, Australian membership might only provide added legitimacy to an organisation that lacks adequate social and environmental safeguard policies. Many commentators have assumed, probably rightly, that AIIB will position itself as a quick, responsive, no-strings-attached lender—that it will compete with the existing MDBs on client service. If so, Australian membership is unlikely to have much impact on the way it operates. Australia’s voting power would certainly not be large, and Australia would be unable to marshal a large voting bloc of other members. If, on the other hand, the AIIB is in fact moved to adopt robust lending practices in order to facilitate cooperation with existing MDBs and protect its reputation for the long-term, Australian founding membership is beside the point.

The choice is not clear-cut. The government’s decision to stay outside this tent is, unsurprisingly, a conservative one, but not obviously foolish. Australian involvement in the AIIB might involve little financial cost and could be beneficial from a development perspective, by helping in some small way to ensure that lending is driven by economic and social objectives and is subject to appropriate safeguards. On the other hand, there are clear risks in providing legitimacy to an organisation that might actually make a point of not respecting basic social and environmental standards. Moreover, being inside the tent would effectively oblige Australia to contribute to an AIIB concessional fund if one were ever created, and Andrew Elek is certainly right that the world does not need more concessional financing vehicles for infrastructure—that niche is full enough, and more vehicles will not create more money.

On balance, the cautious approach of the Australian government, whatever the reasons for it, is likely to be viewed as appropriate in the rear view mirror. If the AIIB starts to look like any other MDB, that will most likely reflect its own reputational concerns. And, if it starts to look like a more effective infrastructure financier for Asia than the ADB or the World Bank, then by all means Australia should spread its subscriptions around. But there is no hurry. Australia should back effective development institutions, and the AIIB has a long way to go from the starting block.

Matthew Dornan is a Research Fellow at the Development Policy Centre. Robin Davies is Associate Director of the Centre.