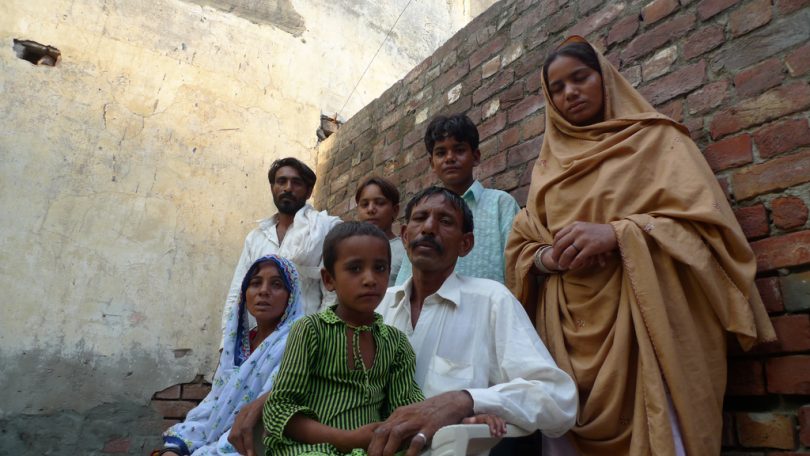 A family in slavery in Pakistan (Conor O'Loughlin/Trocaire/Flickr/CC BY 2.0)

In my last blog, I lamented that the Australian government was only estimating an expected $11,500 regulatory ‘light touch’ price tag on the anti-slavery efforts of a company with over $100 million in revenue.

That said, as a business owner I sympathise that while aspiring to best practice in anti-slavery efforts is laudable, high compliance costs are the antithesis of business orthodoxy. Consider also the impact of regulation on suppliers – for example, a supplier that pays $2 per day to its workers under horrible conditions, after an anti-slavery drive, may have to pay $20 per day under improved conditions. Both compliance costs and the flow on effects of extra regulation on suppliers could squeeze profit margins up and down the supply chain.

While we can proudly say there is no price to eradicating slavery, a profit-maximising shareholder may see things differently – especially if they don’t know the results of the efforts their company has taken to eradicate slavery in their supply chains.

The following are two approaches that may address possible shareholder concerns associated with additional compliance costs. One approach is ensuring businesses benefit from their attempts at eradicating slavery through positive public relationship exercises. This could generate a ‘race to the top’ – that perhaps expands beyond anti-slavery into the realms of ethical sourcing more generally.  Civil society could be encouraged (backed by competitive government funding) to recognise businesses that are champions at identifying and eradicating slavery and those that source items only from ethically cleared businesses (see for example SA8000). The recognition may involve highlighting compliance via a tiered approach (see for example this report by Baptist World Aid).

It is important, however, for a company’s anti-slavery efforts to be amplified with wide-ranging publicity – and ideally for CEOs to be individually informed of their company’s tiered ranking. The public, armed with greater information, may be emboldened to purchase products and services from more ethical companies over less ethical companies. The recently-concluded Australian parliamentary inquiry suggested that an independent body be funded to benchmark modern slavery statements; hopefully the government heeds this recommendation.

Concurrently, Australia should consider imposing penalties on businesses that do not disclose their anti-slavery efforts. Under the Australian government’s proposed legislation, disclosure requirements will be voluntary, with no punitive penalties for non-compliance. The government justifies voluntary compliance by pointing to a similar approach in the UK, explaining that companies which fail to comply would be subject to public criticism.

Yet, imposing penalties is possible.  For example, in France companies can be fined up to 10 million Euro for failing to comply, while a future Australian Labor government appears poised to punish those that breach the Act.  Further, if disclosure requirements are not compulsory, companies with good intentions may not want to spend significant resources to eradicate slavery in their supply chain, as it places them at a commercial disadvantage to competitors.

In summary, a shareholder focused primarily on their returns cannot be faulted for choosing profitable companies. However, that same shareholder may be aghast at the prospect that their profits were generated from back-breaking work forced on a 14 year old child. It is up to the government to reduce shareholder information asymmetry by a) providing a megaphone to inform the public of companies that undertake comprehensive anti-slavery activities and possibly source ethically more broadly and b) creating a level playing field by imposing penalties on companies that do not source ethically. This would hopefully inspire a race to best practice in anti-slavery efforts – and ensure that a company only spending $11,500 complying with anti-slavery legislation is the exception, not the norm.

This is part two of a two part blog on modern slavery. See part one here.