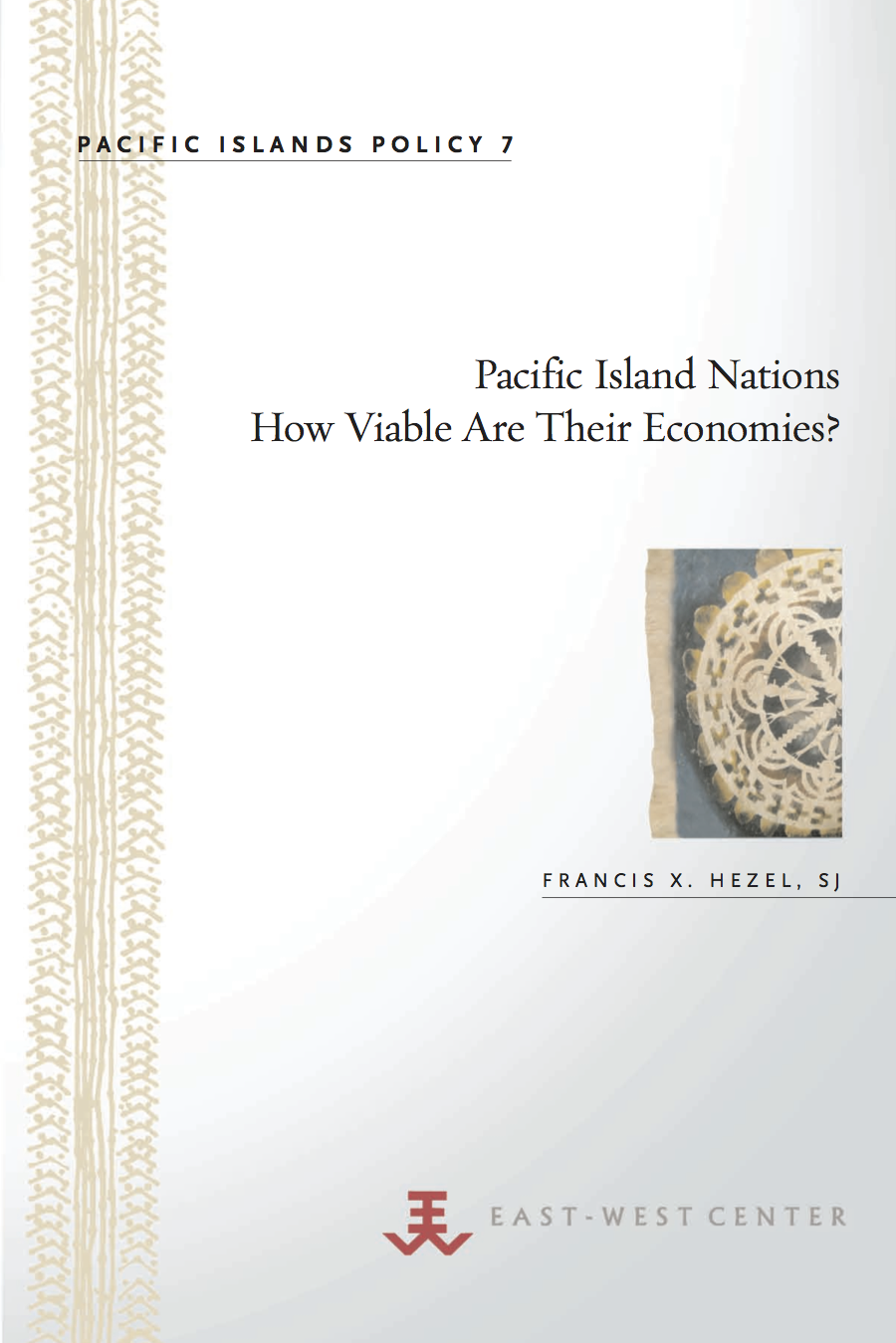 For years we have known that the Micronesian island nations are having problems building their economies.  Palau might be doing a little better then the Federated States of Micronesia and the Marshalls, but they all seem to be heavily dependant on Compact funds from the US.  Are the US-related island nations north of the equator doing worse than the rest of the Pacific Island nations?  Perhaps because they’ve become fat and lazy due to the Compact funds?

Last year, with the help of two Fordham graduate students, I gathered as much economic data about the island nations as possible so that we could compare the Micronesian nations with the rest.  When looked at this way, the Micronesian nations don’t appear to be doing any worse than their neighbors to the south.  But this in itself raises another, more fundamental question: Are any Pacific Island nations able to support a expensive modern government that can provide the public services that people everywhere have come to expect today?  Or, to put it another way, can a small island nation, thousands of miles away from the major markets of the world, stoke up an economy of sufficient size to generate sufficient revenue to provide those needed government services?

Development economists frequently argue that with the right policies in place and necessary reforms implemented, any nation, whatever its limitations, can develop a successful economy. But these limitations–scant resources, small population, distance from markets–may be more than just incidental bumps in the road.  For years my suspicion has been that they can be insurmountable barriers to self-reliance. When we look at the record, we find that none of the island nations with the exception of Fiji has been very successful in developing a self-reliant economy. This is not to say that none of these nations is blessed with exportable resources. But having abundant exports doesn’t always translate into a strong economy, for the two most richly endowed countries in the region (Papua New Guinea and the Solomon Islands) are also the poorest in per capita income.

Most of the nations in the region are resource-poor and so have had to turn to other strategies than exports to develop their economies. These include tourism, rentals, exported services and remittances from migrants to other countries. As Geoff Bertram shrewdly observes, Pacific nations may pay lip service to the standard development models, but their real hope is placed in less orthodox strategies. While these have provided a steady stream of income for some of the Pacific Island nations, they have not been able to turn these economies around.

Only one of the Pacific Island nations (Fiji)  is close to full economic viability at present, while one or two others may be within striking distance. The rest—and they are the majority—seem to have no real prospects for viability.  As a rough estimate, one might say that the national economy should be at least five times larger than government expenses for a country to be viable, and not have to be propped up by aid. Under this definition, to become viable, Palau would have to increase its national income by nearly 150%, FSM by 200%, and the Marshall Islands by 250%.  But even this is easy compared to some nations. Tuvalu, Kiribati and Nauru would need to multiply their economies by factors of at least five to become self-reliant. Even the Cook Islands and Samoa would need to double their present economies, and the other nations would need to grow their economies between 33% and 70% to pay their own way.

Unless you believe in economic miracles, you would have to answer the question in the title here with a no.  Even with tuna prices possibly doubling or tripling in the future, Pacific Island economies do not seem viable.  But you would give this answer reluctantly, for fear of offering an easy way out to nations that are nowhere nearly as productive and efficient as they could be.

What does all this mean for the rest of us?  Perhaps the larger nations with a stake in the Pacific, such as Australia, Japan, the United States and China–to say nothing of the development economists who visit the Pacific at their bidding–will have to accept the fact that economic dependence is more than a temporary condition for most of the island nations. Foreign aid may not be just a stopgap to achieve economic viability, but a permanent requirement for those nations that will always come up short of this goal.

Read the entire article: Pacific Island Nations: How Viable Are Their Economies? [pdf]

Fran Hezel has spent over forty years in Micronesia.  He has served as the director of Xavier High School in Chuuk during the 1970s and was the founder and executive director of Micronesian Seminar, a public education and research institute run by the Jesuits.  He is currently living in New York but expects to return to the Pacific next summer.

Fran Hezel has spent over forty years in Micronesia. He has served as the director of Xavier High School in Chuuk during the 1970s and was the founder and executive director of Micronesian Seminar, a public education and research institute run by the Jesuits.