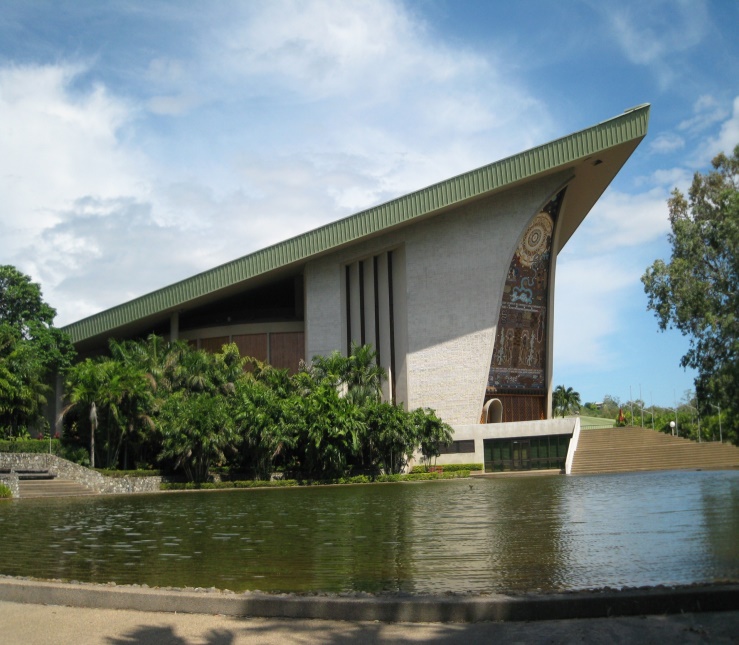 It was history in the making in Papua New Guinea’s National Parliament when the 10th Parliament met for the first time on 2 August after the 2017 National General Election. However proceedings did not commence as expected following a commotion arising from the presence of the two MPs claiming to represent the same electorate, among other election related issues that were raised in the chamber.

During the first meeting of Parliament three main activities take place. First are the declarations of loyalty and oaths of office by all Members of Parliament. This is followed by the nominations for and election of the Speaker. Once elected, the Speaker is now in charge of the Chair and administers the conduct of the election of the Prime Minister.

The commotion in the chamber on 2 August presented a significant challenge for the Clerk of Parliament and his team of parliamentary officers, who were faced with the difficulties of controlling and containing the situation in the chamber. The Clerk, as the ‘chairman of parliament’, is responsible for coordinating the declarations of all the elected MPs and other ‘first day’ business.

The Clerk was faced with the dilemma of adjourning the first meeting or seeking to keep order in the chamber. However, under the Standing Orders of Parliament, the Clerk does not have authority to suspend or adjourn the meetings of Parliament, to entertain points of order, or call for order in the chamber. Courage and patience on the part of the Clerk were much in evidence during this stressful situation, and those qualities finally brought the first meeting to a successful conclusion. All credit should therefore be accorded to the Clerk and those assisting him.

In previous years the first meeting of the new Parliament has invariably been something of an easy ride for the Clerk and those assisting him. However, the events of August 2 raise serious questions relating to the authority of Clerk under such circumstances.

The person normally entrusted with authority to take charge of the chamber is of course the Speaker of Parliament. The issue of order in the chamber on August 2 is unlikely to have arisen in the form seen had there been a Speaker nominated and elected before the 9th Parliament rose for the election.

What happened in the absence of the Speaker on August 2 may not be wholly surprising. While the Clerk, as the ‘chairman of parliament’, took responsibility for facilitating the initial activities of the new Parliament as is his duty, he then found himself without the necessary powers when events got out of hand.

Second, consideration needs to be given as to how the Speaker of Parliament is nominated. The events of August 2 would not have happened had there been a Speaker nominated and elected to office before the elections and able to officiate at the first meeting of Parliament.

The Speaker has always been chosen from among MPs but an alternative would be for the field of candidates to be drawn from those outside Parliament. The process of nomination would be similar to that of the process involved in the appointment of the Governor General. The incumbent would be a non-MP but an individual with a distinguished public service career, whether serving or retired.

One further advantage of this system is that it would extend the pool of potential candidates for the post by opening the possibility of a woman being nominated as Speaker. Given that there are currently no women MPs in Parliament, this could be a very important step forward in recognising the legitimate role of women in PNG politics at the national level.

Being willing to contemplate changes to political systems is important in order to improve the quality of governance and enhance the capacity of government to be responsible to their constituents. Papua New Guinea will continue to have a vibrant democracy but there is room for improvement.

Since independence there have been few major changes to the political system apart from those to the provincial governments and the voting systems. In light of the events at the start of the current Parliament, adjustments to the arrangement for electing the Speaker of Parliament remains an option for the country to embrace forty-two years on.

Werner Cohill is the Acting Director of Parliamentary Committees at the PNG National Parliament. The views expressed in this article do not represent those of the institution but are his own.