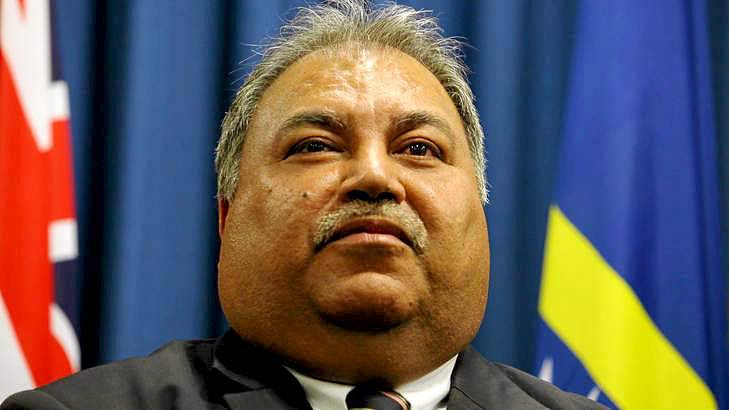 The allegations report in the Australian media of an Australian mining company bribing high ranking Nauru politicians is a real test for Australia. The stakes are high. Nauru hosts one of the asylum detention centres under Australia’s “Pacific Solution” policy. Nauru, together with Manus in Papua New Guinea, has relieved Australia of the influx of boat people to Australia and the Australian Government needs the ongoing political support of the host nations to continue the operation of the detention centres.

Thanks must go to the Australian Federal Police (AFP) who, without fear or favour, investigated this case, which could potentially harm Australia’s relationship with Nauru. From the media reports, it seems that the AFP is at an advanced stage of the investigation and arrests might be made soon.

Australia is a member of the OECD Working Group on Bribery and a party to the key international conventions concerned with combating foreign bribery, such as the Anti-Bribery Convention and the United Nations Convention against Corruption.

Australia is also the immediate past president of the G20. According to the fifth principle of the G20 Guiding Principles on Enforcement of the Foreign Bribery Offence, “Investigation and prosecution of foreign bribery should not be subject to improper influence based on concerns of the national economic interest, the potential effect upon relations with another State, or the identity of the natural or legal person involved.”

To remain a corruption-free trading partner in the region, Australia needs to show the way in dealing with bribery allegations such as this, even if it comes at a cost.

There is some scepticism that Australia is held over a barrel with the asylum seekers deal and is willingly turning a blind eye to the corruption and rule of law problems that are plaguing the host nations –PNG and Nauru. This case will test those claims.

Australia also has to contend with the recent adverse findings of the Financial Action Task-Force (FATF) [pdf] that, “Australia remains at significant risk of an inflow of illicit funds from persons in foreign countries who find Australia a suitable place to hold and invest funds, including in real estate.”

When it comes to bribery of foreign government officials, it takes two to tango: the bribe-giver and the bribe-taker. Getax, the Australian mining company alleged to have been involved in supplying the bribe, may have its directors and the company itself prosecuted by the AFP under the Australian law. But we should not forget the Nauru officials who may have demanded the alleged bribe.

Under the Australian Criminal Code Act 1995, only Australian companies and individuals engaged in bribing an official in a foreign country can be prosecuted. This is not dissimilar to the United States Foreign Corrupt Practices Act of 1977 (FCPA). There is, however, a way around it. If the proceeds of the predicate or underlying offence, in this case bribery, are found to have been laundered to Australia, then Australia can mount money-laundering actions against the persons implicated under the Proceeds of Crimes Act 2002 (POCA).

Prosecuting any Nauru officials will require the cooperation of the Nauru authorities. The Nauru Anti-Money Laundering Act 2008 makes provisions for cooperation with a foreign state in the investigation and prosecution of money-laundering offences (see section 80 of the Act). Nauru itself can prosecute citizens who launder the proceeds of a bribe overseas (see section 6 of the Act). Nauru also has the Mutual Assistance in Criminal Matters Act 2004, which directly corresponds with the Australian Mutual Assistance in Criminal Matters Act 1987 to facilitate cooperation in the prosecution of persons for criminal matters.

The precedent that Australia sets in this case could assure the rest of the Pacific Island countries that Australia does not tolerate corruption and is prepared to pay the price to combat cross-border corruption. Or it could send a message that in cases of corruption Australia will only go after the bribe-giver, and not government officials. It seems that the cat has now been let out of the bag and there is only one way – investigate all the offenders.