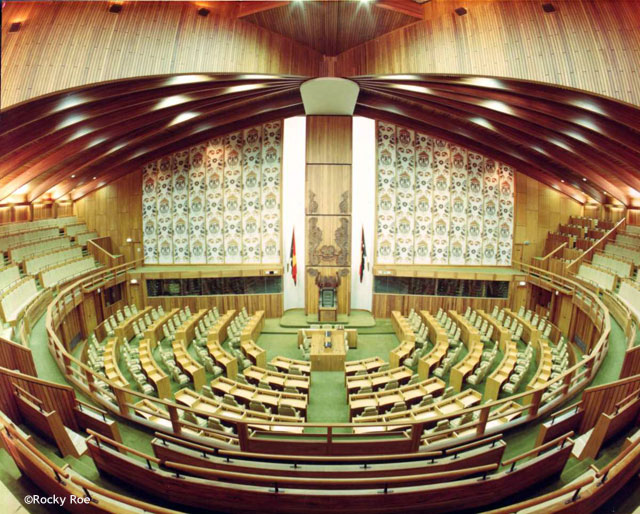 In the last 10 years, PNG has experienced unprecedented, high economic growth. However, that decade can be seen as a “wasted decade” of missed opportunities for the resource-rich country. There is little to show on the ground in terms of tangible development. Most major towns of the country have faced dramatic fall and deterioration of public infrastructure and government services. For example, Madang which was once affectionately called “beautiful” is now dirty and is witnessing a rise in criminal activity. One can only imagine what the situation is like in the rural areas where more than 80 percent of the country’s population lives. Public services and infrastructure are collapsing, and the rural population is being affected the most. PNG’s Human Development Index (HDI) continues to fall – it was positioned 153 out of 187 countries in 2011 by the UNDP. Corruption remains a huge development hurdle for PNG, and in 2011 PNG was ranked 154 out of 182 by Transparency International.

I am from a very remote village deep in the Highlands of PNG. In the last fifteen years, the single health center, the primary school which I attended as a boy, an airstrip that brings supplies to the village, and agricultural extension services have all closed down, and shrubs are now growing on a new road which was built in the late 1990s to connect my village to the nearest town. The 10,000 plus people in that part of the country are literally struggling each day. That is the grim situation of most parts of rural PNG.

On International Women’s Day this year at ANU, Dame Carol Kidu spoke about one aspect of PNG’s decade-long record economic growth and the opportunities the country has missed to improve the lives of the people – the deterioration of the national health system broadly, and  the appalling state of maternal health and child mortality in particular in rural PNG. A key cause of this, as Dame Carol pointed out, is the lack of effective leadership and management at all levels of government – local, provincial and national.

At a public lecture organized by ANU’s National Security College in March 2012 titled ‘Papua New Guinea: Where to Now?‘ three experts on PNG affirmed that political issues, especially the struggle among political leaders and their cohorts for power in government has had a direct and negative impact on PNG’s socio-economic conditions. This mismatch between PNG’s record economic growth and the fall in governance and basic public services are symptoms of the so-called “resource curse” or the “paradox of plenty”.

Because people in rural areas see that they have been neglected by their elected leaders and that basic services do not reach them through the normal process, their attitude towards the government and its public service machinery have dramatically changed. To most, the government is now a cash-cow to milk. This could explain why people who live along the Highlands Highway continue to claim huge sums of compensation from the government before they allow it to fix the highway after a landslide, for example. This is also part of the reason why people continue to vote along their kinship ties rather than along political party lines.

This shift in the mindset of the people is being compounded by the increase in resource projects in the country. As the government seems to have failed its own people in providing basic services, the people, especially the landowners from the resource projects, see the resource projects, and the compensations and royalties they provide as a quick and easy way out of poverty and to catch up with the rest of the country. However, without financial literacy and proper cash-management skills, most go on a spending spree on goods such as flashy vehicles. Although there is now a long history of such improper use of resource funds by landowners (Porgera gold mine landowners are a case in point), the lesson has not been learned.

The government, especially at the provincial and the national levels, seems to care little of such issues, as they are pre-occupied with the “competition” to be in government and control the huge resource rents (the excess mineral revenues, in particular) the country earns. Indeed, there has not been any major economic policy or reform enacted in the last ten years to turn the country’s fortunes into tangible development which could improve the country’s low HDI and poor governance and improve the lives of the common people in rural areas.

If history and what is currently happening in PNG’s politics is any indication of the future, I doubt that this will change in the next twenty or thirty years. Many people, including myself, were hoping the recent change in government would at least start to turn things around. However, observing the events which have unfolded since the change in government makes it clear that PNG continues to go around in a political circle. It seems that the country will not break out of this circle until after the next election at the earliest, and perhaps not even in the next decade unless there are fundamental political reforms. The resource rents will increase when the LNG project starts production, and it will continue to undermine effective governance as greedy politicians compete for power and control over the rents. Unless there is a radical change in the political landscape, things will not change at all for the better.

PNG needs better laws (better than the Organic Law on Political Parties and Candidates) which, for example, could constrain the number of political parties. This will lead to stability in government so the government of the day can feel secure that it will be in power for at least the foreseeable future until the next election, and concentrate on turning the proceeds of economic growth into real development. If it means making provisions in the national constitution to achieve such radical reforms, so be it. Along with such political reforms, the existing checks and balances need to be further strengthened, and importantly the bill to establish an Independent Commission Against Corruption should be passed.

Development will also require a radical shift in the mindset of the people. Voter-education is crucial so that people start to vote along party lines instead of voting their village chiefs or their “in-laws”, who will return their favour when they are in parliament. These would be radical departures from the status quo, but ones that would have lasting positive impacts on politics, governance and the socio-economic development of PNG.

Other reforms will not have teeth at all, including economic reforms. The head has to move in the right direction. Effective and stable leadership has to be set in place first.  With the type of political system PNG currently has, including the large number of parties (more than 40 political parties have been registered to go into year’s election, for example), there is no way PNG will have a stable government, even after the 2012 national election. And with the huge resources rents up for grabs, the political tussle to be in power will not lessen, and the people will continue to be neglected.

Andrew Anton Mako is a postgraduate economics student at the ANU Crawford School. Prior to that, he worked at PNG’s National Research Institute, and at the Pacific Island Forum Secretariat.