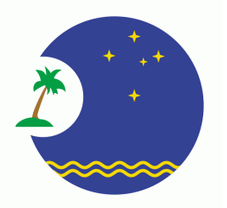 Thinking members of the public would have been pleased to see the Chair of the Pacific Islands Forum (PIF) announce that Fiji was being admitted back into this regional organization.

But immediately, they would have been horrified that Bainimarama is demanding, as a pre-condition, that either Australia and NZ relinquish being full members and become only development partners like Japan, China, Korea and USA OR that these other countries are allowed to become full members.

It is a pity that the Fiji First Party does not have senior advisers who could encourage Bainimarama to make the transition from his stormy eight years of military dictatorship to being an elected prime minister accountable to his people, and working diplomatically in their interests.

Both Bainimarama and Fiji stand to gain, if he could.

Fiji was expelled from the Forum when Bainimarama failed to hold elections in May 2009.

The argument was that the Forum wanted to give a clear signal to the region that it seriously disapproved of the illegal removal of a lawfully elected government.

Whether the instigator of the expulsion was Australia or not and whether that decision, in hindsight, was a wise one for the Forum Secretariat to make, will be debated till the cows come home.

But the expulsion, along with travel sanctions and the mutual expulsion of high commissioners, ruined political relations between Fiji and its two traditional donors and split the Forum. The investment climate was damaged as potential investors worried about how badly relations could deteriorate.

To the relief of many, the tourism industry and many aid projects, as well as people-to-people relationships and emigration to Australia and NZ, continued as usual, although investment did not recover.

Fiji also strengthened extremely beneficial foreign relations with and sources of funding from countries such as China, India and Malaysia. By and large, it escaped the diplomatic freeze with Australia and NZ relatively unscathed

It is natural that the Bainimarama Government is still unhappy with Australia and NZ given their opposition to his coup over the last eight years.

But that opposition was a principled one on the basis that it was unacceptable for a military coup to depose a lawfully elected government, and this was not a precedent to be encouraged elsewhere in the Pacific.

The Bainimarama Government should acknowledge that it has been a military dictatorship for eight years, with no accountability to the ordinary people of Fiji (not having been elected by them). Their hostility towards Australia and NZ did not need to take into account the people’s views.

But since the September 17 elections, with Bainimarama elected as the Prime Minister of Fiji, he also loses that total freedom he had previously.

The Bainimarama Government is now a democratically elected government, representing the interests of the majority of the voters of this country, and accountable to them.

Without fear of contradiction, one can say that the majority of the people of Fiji would like the complete normalization of relations with Australia and NZ, without any unnecessary and unwarranted aggression on the part of their elected leaders.

With tens of thousands of Fijian families having emigrated to Australia and NZ, there are many family ties between Fiji and both countries, and any chilling of relations would be to their disadvantage, on both sides.

The majority of Fiji military personnel and their families have welcomed the normalization of relations: they have no wish to go back to the dark days between 2009 and 2014 when they were banned from traveling to Australia and NZ.

The majority of Fiji citizens who have taken up board memberships despite the sanctions, and those who are now willing to take on these social responsibilities in the future, have also welcomed the normalization of relations and the ending of travel bans on them.

The ordinary people of Fiji wish to see the close, warm relations with the Australian and NZ governments that existed pre-2006, and which they know very well cannot be replaced by Fiji’s new relations with China, India, Malaysia or Russia.

In the thawing of Fiji’s foreign relations with Australia and NZ, the elected Bainimarama Government is duty bound to place the people’s interest first, and not their leaders’ own egos.

The Bainimarama Government should note that there are many fronts on which the ordinary people of Fiji can benefit from more favorable foreign policy treatment by Australia and NZ: temporary work visas, easier immigration entry for permanent residency or holidays, strengthening of military ties, greater integration in sports such as rugby, soccer and netball, and in culture, disaster relief, policing and protection of national economic zones against illegal fisheries, etc.

Most important, it is on the cards that renewed confidence by both foreign and local investors may drive economic growth well above the 4% or so currently predicted for the next few years, and nothing should be done to undermine this burst of confidence and investment.

These positive developments can only be encouraged if Australia and NZ view our government as friendly and co-operative, instead of being unnecessarily aggressive and hostile, the stance currently being projected by the Bainimarama Government.

Bainimarama must surely know that the Forum cannot and will not give in to his “ultimatum” to expel Australia and NZ as full members, given that they are the ones who provide the funds to keep the Forum going, not the other countries on whose behalf Fiji claims to be speaking.

China, Korea, Japan and US must be diplomatically affronted, astonished or just merely amused, that Fiji is demanding that they be included as full members of the Forum without them being asked, or without asking for it themselves.

Other Forum countries, especially those of the Melanesian Spearhead Group, who have been torn apart these last eight years because of the conflicting pulls of being on good terms with Australia and NZ (who are vital to their economies) and giving fraternal support to Fiji, would like to see an end to the turbulence in the Forum and a return to their annual meetings with peaceful wining and dining.

Let us also not forget that unnecessary diplomatic spats between Forum member countries must also be extremely demoralizing for the staff of the Forum Secretariat, who would like to focus on their tasks at hand and not be thinking perpetually about Fiji’s ‘Damocles Sword’ hanging over them. Their predicament is made worse with the establishment by Fiji of a competing Pacific Island Development Forum, funded by China.

Foreign Minister Inoke Kubuabola, whatever gloss he puts on the Fiji statement, must be tearing his hair out to see his hard work at rebuilding good relations with our traditional partners being undone by continuing diplomatic aggression from his prime minister.

Many other ministers (and their ministries) who also work closely with important Australian and NZ aid projects in Fiji will find relationships made more difficult.

It is a pity that the Bainimarama/Khaiyum elections strategy and results give the appearance that Bainimarama is the only popular Fiji First Party candidate, and that the others in his Cabinet have little democratic mandate and popular support in their own right.

It is a pity that the Fiji First Party does not have a depth of secure leadership that could confidently advise Bainimarama to put his stormy diplomatic past behind, and trim his sails to the calmer ocean that Fiji has steered to after the September elections.

Not only would Bainimarama benefit personally, but so also would Fiji if such diplomatic storms are not unnecessarily created in our calm Pacific ocean.

A diplomatic solution may be in the offing. The Bainimarama Government has agreed to Australia’s proposal to have a meeting in Sydney in 2015 to discuss the architecture of all the regional organizations, presumably including the Forum Secretariat and Pacific Islands Development Forum, largely funded by China. What will come of it is anyone’s guess. Probably there will be a greater role for China and India in the regional organizations, and no doubt a greater collective co-ordination and rationalization of aid that countries like Australia and NZ already attempt.