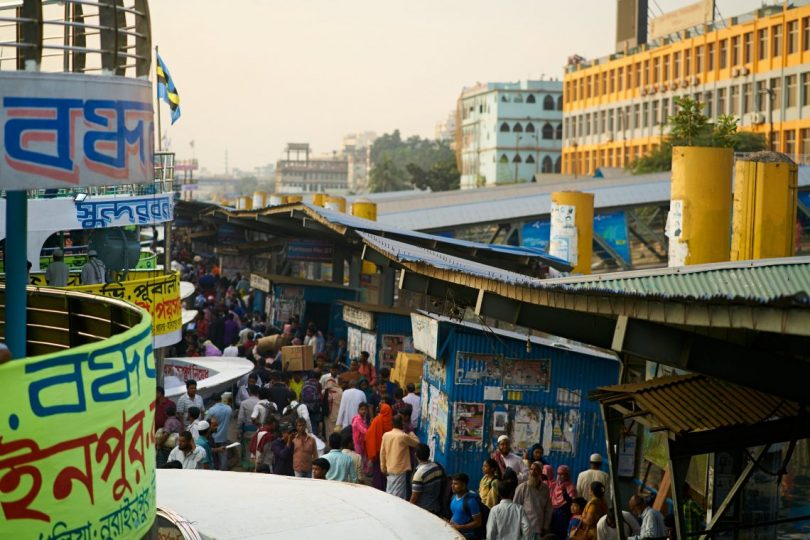 This year marks 50 years since Bangladesh’s independence, at which time the country was described as a developmental “basket case”. Independence was achieved after a devastating cyclone and a bloody independence war and was soon followed by a country-wide famine. Then, when the country started hitting one development target after the other and eventually begun scoring better than neighbouring India, Bangladesh surprised everybody and emerged as an inspirational model for development.

Australia’s relationship with Bangladesh goes back to the 1950s, well before the country’ independence in 1971, to when it was known as East Pakistan. In 2020-21, Australia allocated $55.7 million for Bangladesh in official development assistance. Between 1971 and 2019 around 2000 multi-year scholarships were awarded to Bangladeshis. According to the Australian High Commission in Bangladesh, many of these alumni now hold leadership positions in the country’s public and private sectors.

The relationship between the ruling party and the aid community, supported by international donors, has always been an important part of the inner workings of Bangladesh. The development scholar David Lewis has described how from 1976 to 1990 the then unelected military rulers were “desperate to build a facade of legitimacy that could help them to sustain their regimes” and therefore allowed NGOs to work quite freely as a way to yield such legitimacy. This included NGOs that worked with awareness raising of political rights and grassroot mobilisations for political influence of the poor.

However, after 1990, when procedural democracy through parliamentary elections was introduced, the potential political influence of these NGOs represented a larger threat to the ruling elites. These political NGOs thus lost government support, while more apolitical and service-delivery-oriented NGOs were rewarded. Lewis points out how this change in political climate came at a time when the Bretton Wood institutions pushed for economic structural reform programs and the neoliberal development paradigm became influential. As  international donors were more comfortable with supporting service delivery NGOs, the interests of the government and international aid donors aligned, which made it easy, if not necessary, for the Bangladeshi government to prioritise economic growth and service delivery over other concerns.

Bangladesh has since seen high economic growth, and large improvements in health and education and – although the economic effects of COVID-19 are yet to be known – is on track to graduate from the Least Developed Country group. However, this success story is qualified by severe human rights violations, corruption, persistent state attacks on free speech, and voting suppression.

The ruling party Awami League came to power after the 2008 elections, which received recognition for being free and fair. However, the 2014 election was boycotted by the opposition and several liberal democracies – including Australia – called for a re-run. The 2018 elections faced allegations of voter fraud, and Transparency International reported serious irregularities. In effect, Bangladesh is now ruled by one party.

With a decrease in legitimacy to rule through elections, the current government needs to find legitimacy elsewhere. Becoming a middle-income country was a promise made during Awami League’s 2008 election campaign. Thus, mirroring earlier entanglements of aid and politics in the world’s aid lab, it seems that since the neoliberal turn in the 1990s, Bangladesh’s success story has been built on a selective model where “development” translates to high economic growth and development targets that lend legitimacy to the politics of the government. Democratic freedoms, like actual opposition, free press, and unionisation, which can be used to criticise the politics of the ruling party, are increasingly repressed. What direction development should take in Bangladesh is not debated through inclusive discussions. And while many Bangladeshis have seen improvements in many aspects of their lives over the past 50 years, one can ask whether the development that has occurred has also been a means to legitimise a “creeping shift to authoritarianism”.

Prospects for the future

Adaptation efforts have been criticised for depoliticising climate change through focusing on technological fixes while overlooking political root causes. It seems likely that the emerging adaptation regime in Bangladesh will continue to lend legitimacy to the politics of the ruling party through efforts of the robust network of national and international NGOs and their donors. This will also allow NGOs to continue their work and the international donors to stay in the country in line with their own political interests.

Such foreign political interests are reflected in Bangladesh’s increasing geostrategic significance because of its position in the Bay of Bengal. As the US-led China containment policy is growing, the international donor community – including Australia – is keen to support Bangladesh’s political stability and economic growth. Sadly, the prospects of reducing corruption and enhancing democracy remain low, if not out of sight.

Mubashar Hasan PhD is an adjunct researcher at the Humanitarian and Development Research Initiative, University of Western Sydney, and a Director of Pyrmont Consultants Pty Ltd. Formerly he worked for Oxfam and the New Humanitarian in Bangladesh.

Kathinka Fossum Evertsen is a PhD Candidate in Sociology at Nord University in Norway, a visiting researcher at the International Centre for Climate Change and Development (ICCCAD) in Bangladesh, and co-founder of the Nordic Hub of Gender and Disaster Network. She has recently published the article Gender, environment and migration in Bangladesh (co-authored).