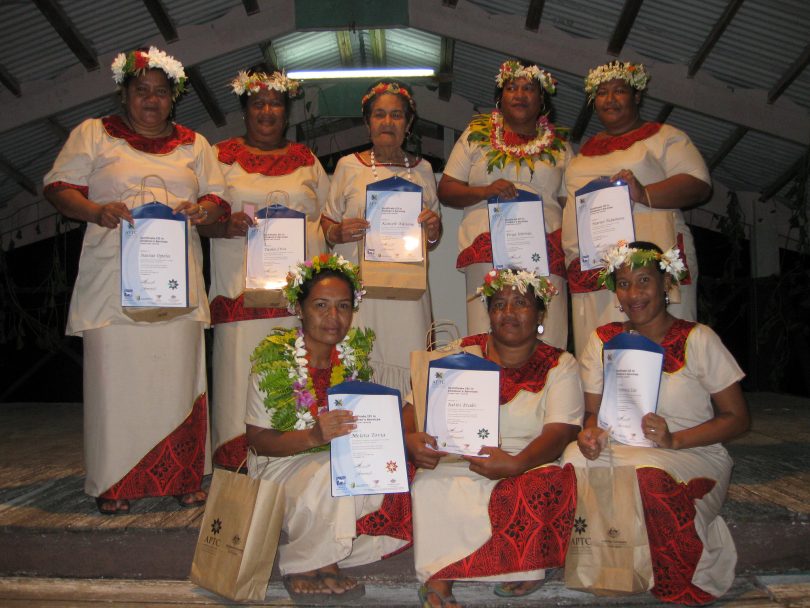 Through the Pacific Labour Scheme, a new pathway now exists for people from the Pacific to come to Australia for higher-paid, more skilled work for up to three years. The biggest challenge is to get employers with job vacancies to recruit workers directly from the Pacific.

These difficulties are well-illustrated by the experience of Pacific workers in relation to the Northern Territory’s first Designated Area Migration Agreement (DAMA), which operated from August 2014 to December 2018. I have already looked at the negligible opportunities for low or semi-skilled Pacific workers under DAMA. In this blog, I look at how Pacific workers in skilled trades have fared.

However, very few skilled migrants from the Pacific found work in the Northern Territory during the period the DAMA was in force. For trade-based occupations (skill level 3), only four work visas under DAMA were granted for Fijian workers and five for workers from Papua New Guinea. This amounts to only just over one per cent of all visas for trade-based occupations going to workers from the Pacific.

Why are the numbers from the Pacific so low? One key factor determining whom an employer recruits is whether the worker is already in the country. A second is whether the worker is from a country with a well-regarded system of trade training. Third, an applicant without these first two advantages may benefit by coming from a country with well-established intermediary support provided by migrant agents and a local diaspora.

Three in five skill level 3 DAMA work visas approved were from applicants who had applied from within Australia. This shows the large advantage that those from countries eligible for a Working Holiday Maker (WHM) visa have. This is shown by the high proportion of in-country skill level 3 visa approvals from the leading source countries which are also eligible for WHM visas: UK (78 per cent), Ireland (91 per cent), Republic of Korea (87 per cent), Italy (96 per cent) and Estonia (95 per cent).

For the other top source countries for skill level 3 migrants who are not eligible for a WHM visa, the share of in-country applications from these countries is much lower: Philippines (31 per cent), India (52 per cent), Nepal (63 per cent) and China, excluding Hong Kong (14 per cent).

Employers are also likely to prefer job seekers for trade-based occupations who come from a country with a well-established trade training system. This appears to be the case for carpenters, electricians, plumbers and motor mechanics where the top source countries are Ireland, UK and Greece. However, a major exception to this finding is the recruitment of workers from the Philippines, which has a highly diversified set of training arrangements. Nevertheless, Filipino workers are prominent in the trade-based occupations of motor mechanic, metal fabricator, carpenter, painting trades worker, air conditioning and refrigeration, mechanic and pastry cook.

The leading positions of skill level 3 workers from the Philippines (first) and India (fourth) in the top five countries show that workers from these countries have a good chance of being recruited directly from overseas. This is despite their lack of easy access to Australia through a WHM visa, and employers’ lack of knowledge of the quality of trade training in their home country.

Philippines and India are two countries with large populations and high work migrant outflows. This suggests well-established migrant intermediaries in the source country, with diasporas even in regional Australia able to identify opportunities for newcomers and provide support. In other words, these intermediaries can create and support migration pathways. The challenge for labour mobility from Timor-Leste and the Pacific to Australia is to work out ways to access these three advantages, and so to create and sustain identifiable pathways.

These findings suggest three policy responses. First, more Pacific graduates with relevant qualifications could be encouraged through the Seasonal Worker Programme’s tourism component to take up low-skill jobs. This would give them relevant generic work experience and enable employers to assess them in an Australian workplace setting. Similar opportunities may open up in the near future in New Zealand.

Second, more effort needs to go into helping Australian employers connect with Pacific workers. Third, sending countries need to encourage members of their diasporas to play a greater role in identifying job opportunities in Australia and helping jobseekers to apply.

The Australia Pacific Training Coalition has a critical role to play. Its simplest task is to provide Australian-recognised qualifications. But this itself will not be enough to promote labour mobility. An APTC qualification in a trade-based occupation on the skill shortage list does not offer an automatic immigration approval. The employer has first to offer a job. To take up that job, the applicant with an Australian qualification has to be assessed by an agency such as VETASSESS under its skills assessment for migration process.