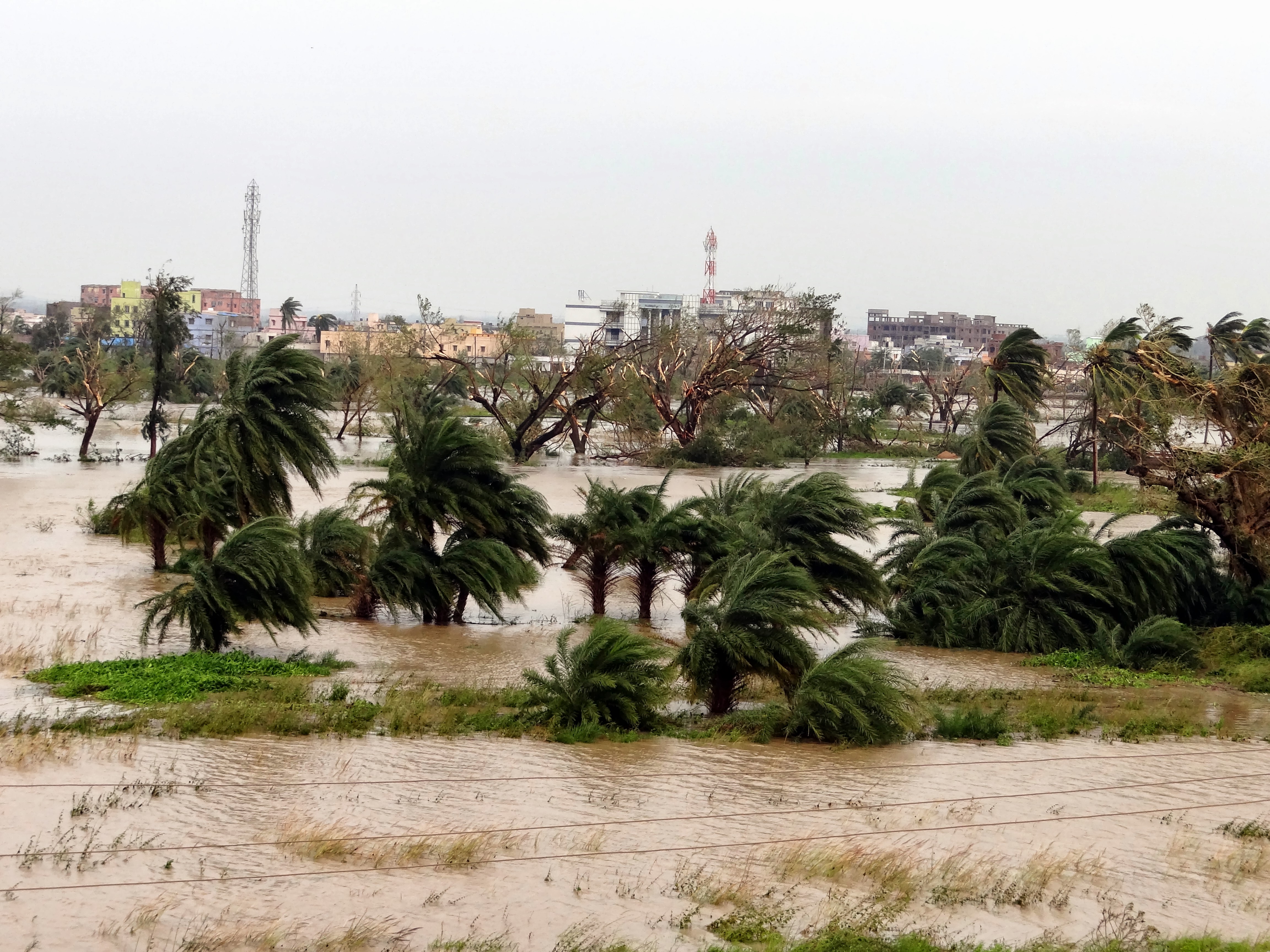 When meteorologists reported that Cyclone Phailin was heading towards the states of Odisha and Andhra Pradesh on the east coast of India, communities and authorities took immediate action.

Emergency response teams and supplies were moved into position, helicopters and rescue boats were readied, and the armed services and various levels of government were put on standby.

In the community, the response was just as swift. Aid agencies like CARE prepared emergency relief supplies: water purification tablets, hygiene and survival kits, floor mats, tarpaulins and solar lamps. Fishermen brought their boats to shore, farmers harvested their crops, and a staggering 800,000 people were evacuated from their homes.

Cyclone Phailin arrived with its devastating – and expected – fury. Huge waves battered the coast, winds reached more than 200 kilometres an hour, communities were flooded, buildings flattened and a trail of destruction was left in Phailin’s path.

Yet despite being similar in size, speed and ferocity to 1999’s Cyclone Paradip, which killed nearly 10,000 people throughout Odisha and Andhra Pradesh states, the death toll from Cyclone Phailin has been startlingly different. Authorities have reported 38 deaths from Cyclone Phailin. Although this number of deaths is a tragedy, and the figure is likely to rise, it is extraordinarily low in comparison to Cyclone Paradip. Why the difference between 1999 and 2013? The difference is that this time communities and authorities were far better prepared.

Over the past ten years the Indian Government, aid agencies and communities have worked together to ensure disaster-prone areas put plans in place. Activities in high-risk areas such as disaster simulations, hazard mapping and improving community resilience, combined with improvements in technology – such as mobile phones and weather tracking systems – has ensured the government and communities are ready when emergency events strike. And the response in Odisha and Andhra Pradesh is testament to this. Communities knew far earlier of the oncoming storm and the authorities were able to provide clear instructions about what to do and where to go.

Effective disaster preparedness is a significant cooperative effort by both communities and government and is a critically important investment. The benefits have now been seen in India, with communities on the east Indian coastline experiencing their fiercest storm in 14 years, yet with minimal loss of life. And similar stories are being heard throughout the world. In Bangladesh, the 1970 Cyclone Bhola killed up to 500,000 people in one of the deadliest tropical cyclones ever recorded. By comparison, when Cyclone Sidr – of similar size and magnitude – struck in November 2007, less than 4,000 people tragically lost their lives.

Investing money before disasters not only saves lives – just ask any of the thousands of people in Odisha and Andhra Pradesh – but also reduces the money required to respond to such emergencies.

Yet far greater investment is still needed. In April 2013 the UN Office for the Coordination of Humanitarian Affairs (OCHA) found that Disaster Risk Reduction funding between 2006 and 2010 accounted for just 3 per cent of humanitarian aid and just 1 per cent of all other development assistance. Why do we spend so little on risk reduction and disaster preparation when it clearly saves lives? And how much more could we be doing to protect against the devastating economic losses of natural disasters?

As the people of Odisha and Andhra Pradesh start the long process of rehabilitation and recovery – roads cleared, houses re-constructed and repaired, crops re-planted and lives rebuilt – the common, global challenge of reducing disaster risks will also require many hands.