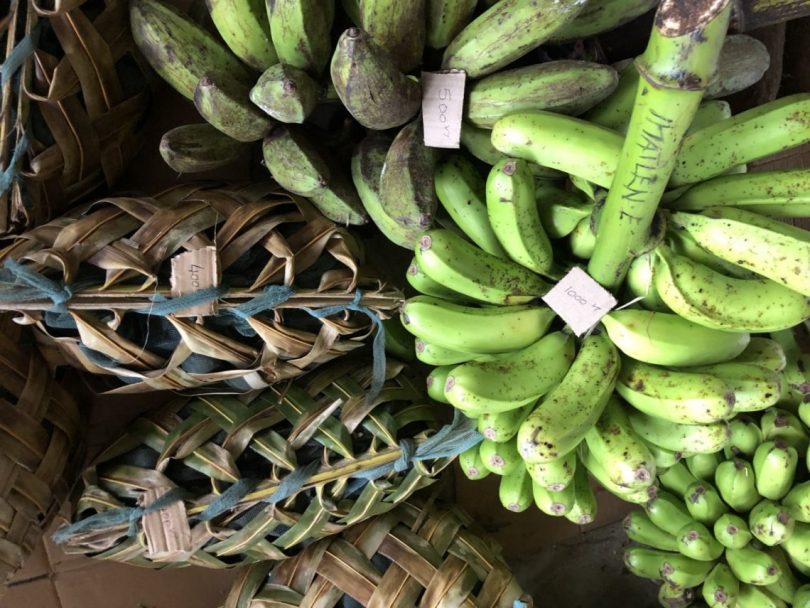 They have little responsibility in the unprecedented rates of global carbon emissions, yet Small Island Developing States – such as those in the Pacific – are highly exposed to its devastating consequences.

As Pacific leaders confirmed, “We will lose our homes, our ways of life, our well-being and our livelihoods … we are experiencing loss already”. Transformative adaptation is an urgent and unavoidable priority.

And yet, despite a plethora of adaptation activity in the Pacific, recent expert commentary has indicated that progress has been limited, with responses often being short-sighted and, at times, maladaptive.

While improvements have been made, even locally grounded and community-based approaches that have been upheld as a panacea are not without limitations and challenges.

The basic notion of ‘community’, for example, has been criticised. Too often, the ‘community’ is romanticised as harmonious and stable, and assumed to be fixed in time as well as geographically defined. Overlooking divisions, conflicts and the dynamic nature of a ‘community’ can compromise the equity and effectiveness of adaptation outcomes, and will only entrench the very problems that need to be addressed.

Locally grounded adaptation at the community scale is, however, often preferred by Pacific Islanders, so we cannot and do not call for deserting the ‘community’ scale completely. Instead, we need to expand the ‘community’ notion with radical alternative entry points that are less charged with assumptions, yet these are rarely considered or documented.

This blog draws from our work as adaptation researchers in the Pacific region over the last decade and proposes three alternative entry points for adaptation delivery. We draw our alternatives from several communities in Vanuatu – the most at-risk country globally to natural hazards.

Technical colleges as sites for learning and dissemination

Technical colleges in Vanuatu are common, providing vocational skills to locals in fields such as agriculture, hospitality and automotive. We examined one rural technical college embedded in an Anglican Church mission in the north of Vanuatu to illustrate how it can be a viable alternative entry point.

In 2017, the technical college hosted a series of adaptation projects addressing food and water security. This included establishing a chicken coop and fish farm as well as applying covering to protect harvested water from pollution and insect-borne diseases.

Further, the ‘community’, made up of migrants who formed an Anglican mission, had few internal disputes that could hinder progress. This is unlike traditional ‘communities’ in Vanuatu that often cut across several religious denominations and groups and can have complex local power dynamics.

Another strength of the college is that it is a transient space with students often travelling from across the country to complete their training. Students then take learnt knowledge and skills back to their home villages and implement them there. By taking advantage of these knowledge and skill transfers, adaptation delivered through entry points like this can achieve a larger reach. The value of this was summed up by one participant: “[adaptation knowledge] should be shared to everyone … when they go back to their various communities, they can learn, because this is not just for money, it is for subsistence use in their communities, it’s a livelihood avenue” (key informant, 2018).

A whole-of-island approach to ecosystem protection

We now focus on a small island whose four villages have livelihoods that are inextricably tied to the nearshore ecosystems and reefs for food and income.

In 2013, the locals on this island were trained in the management of crown-of-thorn starfish which had recently, for the first time, plagued the local ecosystems and damaged marine resources. In acidified waters from climate change, coral-eating starfish grow more voracious.

Through training in the collection, handling, killing and composting of starfish, the outbreak was successfully contained, and no further outbreaks have occurred. Success could be attributed to the focus on the problem context and the whole-of-island approach, which was equitable, involving “all man, all women, all picinini [children]” (focus group, 2018).

By involving everyone, being relevant to local livelihoods and using various incentivising strategies (for example, clean-up competitions with prizes), the initiative effectively motivated the local populations to participate in and sustain the starfish management process.

The success of the initiative demonstrated how a social-ecological system can be a credible entry point. This approach helps transcend the rigid boundaries of a normative ‘community’ to encompass all users of an ecosystem and emphasise a shared responsibility. Alternative entry points like these are especially relevant in the Pacific where there are critical relationships and dependencies between people, nature and place.

The whole-of-island focus was also particularly pertinent to this context where the typical ‘communities’ (such as villages) were largely unbound with fluid kinship relations.

A collective of marketplace vendors that share and work together

With 75-90% of vendors in the Pacific being women, marketplaces are particularly significant spaces for women’s everyday lives. We focus here on the central and smaller marketplaces that are scattered across Efate Island.

Like the technical college, the marketplace is a transient and interactive space that enables significant knowledge and skill transfers. Women vendors gain “information from other women” along social networks lines or learn “just by observing and seeing what other women are doing” in the marketplace (focus group, 2018).

Some vendors, who travel from across the country to sell products in central marketplaces, also eventually return home and further share their learnt skills and knowledge. In this way, marketplaces and vendors offer an entry point that provides bridges across multiple households, villages and even islands, heightening the reach of adaptation efforts.

By using marketplaces and vendors as an entry point, adaptation could also take advantage of the well-established governance system. Built around marketplace associations, the robust governance structure can support adaptation through its clear information flows, strong relationships with local authorities, and well-established avenues for vendors (including those marginalised) to voice concerns and needs. Vendors expressed that the governance structure provides “the way forward to address their issues” (focus group, 2018), and this should include those related to adapting to climate change.

We must stop accepting idealised and simplified notions of ‘community’ in the Pacific. There are context-specific alternative entry points at the local scale that help us move beyond the traditionally rigid, static and location-based boundaries of a ‘community’.

Boundaries should be defined by alternative factors beyond location (for example, religion, education or social-ecological system). But they also need to be fluid – that is, they can expand, evolve and are conducive to transient members. By moving away from inflexible spatial structures, we support extensive skill and knowledge transfers, improving the reach of adaptation activities.

Building on legitimate local institutions and traditional forms of governance is also critical as these are the bedrock of sustainability, helping to preserve momentum for a project, mobilise resources and include the voices of the marginalised.

Such creative alternatives offer hope for improving adaptation outcomes. We invite researchers, donors and practitioners alike to engage with the diversities and specificities of local contexts and generate further discussion and knowledge in this space.

Rachel Clissold is a Senior Research Assistant at the University of Queensland and is interested in exploring interactions between people and the environment, especially in terms of how diverse groups of people are impacted by and responding to a changing climate.

Ross Westoby is a Research Fellow in the Griffith Institute for Tourism at Griffith University, specialising in the intersection between tourism, livelihoods and climate change.