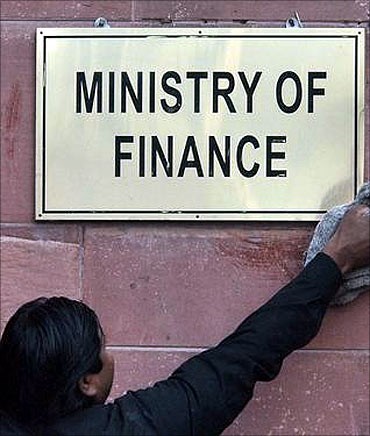 Over the last three years, I have been involved in efforts to operationalize political economy analysis within the World Bank. A direct outcome of this work has been an explorative study on how to strengthen Central Finance Agencies in developing countries (the full report can be viewed here [pdf]). Advancing the principle argument that recent efforts in ‘capacity building’ need to be replaced with a greater focus on enhancing  ‘capabilities’, the study combined a set of in depth case studies of CFA’s in low income countries (six in the sub Saharan Africa; two in East Asia Pacific, and two in Latin America) with the creation of a database (of currently 55 countries) containing information on the organisational structures, staffing, and ICT systems of CFA across a broad spectrum of countries.

While the full findings of the study are captured elsewhere (see Policy Brief No. 3; World Bank 2011), a few points might be highlighted here:

While reflecting the rather complex picture that emerged from the case studies, these points provide interesting connections with a number of recent studies. These studies have sought to expand our understanding from a broader theoretical and empirical perspective of the weaknesses in efforts to reform existing Public Financial Management systems, though clearly more work is required here.

As indicated by the findings of these studies, political economy analysis is highly relevant to the design and implementation of new initiatives to strengthen CFAs and their capabilities. A broader political economy analysis not only provides an understanding of existing vulnerabilities and bottlenecks in CFA operations, but also clarifies the prioritisation and sequencing of CFA and PFM reform, and fosters a greater CFA role in country-wide development trajectories. That said, such analysis requires time, resources and new modes of engagement for CFA staff and donors.

Two distinct implications might be drawn for these respective groups. For instance, CFA staff should consider:

In sum, political economy analysis means a very different mode of operation but one that is critical to enhancing the capabilities of CFAs.

Clearly, these are only the initial contours of a more distinct political economy approach to strengthening the capabilities of CFAs. More thinking is s required in terms of defining ‘capabilities’;  understanding levels and dynamics of fragmentation; and linking the data more clearly to existing PEFA indicators in order to start a more informed debate about how to enhance CFA capabilities and chart a reform trajectory that can claim ownership and wider stakeholder support.

These open questions aside, there are few doubts that political economy analysis along the line described here can provide operationally useful insights for CFA strengthening efforts. Indeed, in providing a distinct toolkit of analysis and a critical focus on CFA capabilities, such an approach offers a much needed, new avenue for Public Financial Management reform efforts and CFA strengthening – one that deserves greater attention by scholars and practitioners alike.

Björn Dressel is a Senior Lecturer at the Crawford School of Economics and Government and an Associate Investigator for the Fragile States working group at the Centre of Excellence in Policing and Security (CEPS). He is the author of the Development Policy Centre’s latest policy brief ‘Enhancing the Capabilities of Central Finance Agencies: A Political Economy Perspective‘ [pdf].