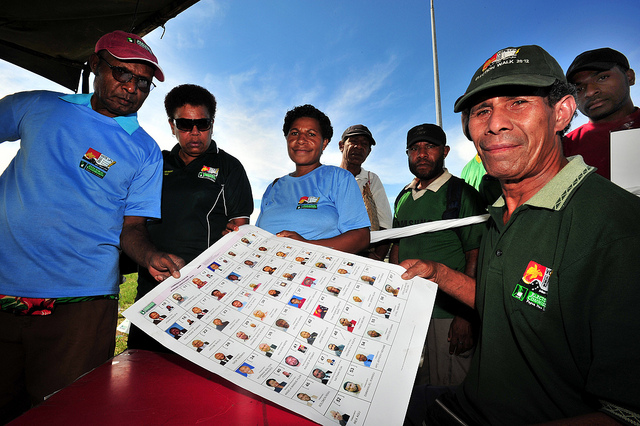 Fewer candidates will stand in this year’s general election in Papua New Guinea than stood in 2012. You can see this in the chart below. It is only the second time candidate numbers have fallen since independence. 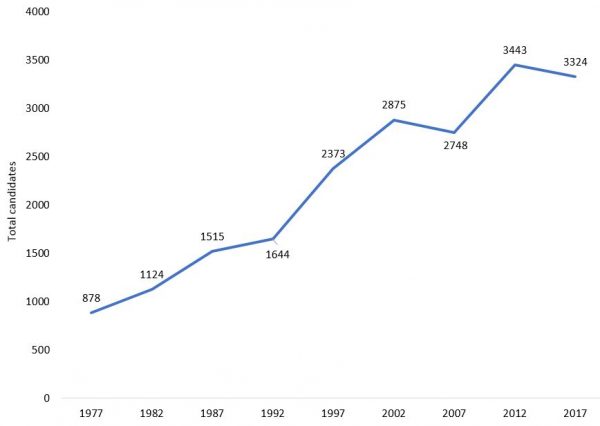 (Note that my numbers are lower than some other published figures. I’m not sure who is correct. However, the differences are too small to matter.)

I’ve heard two explanations of why numbers have fallen. The first is that candidates were put off by talk of raised candidate registration fees. In the end, fees didn’t go up, but its possible that the belief they were going to stopped potential candidates from laying the necessary groundwork for their campaigns, and so people who might have stood didn’t. The second explanation is that the constituency funding in the hands of PNG’s MPs is now so high that challengers viewed their chances of beating incumbents as too low to be worth the bother. Something along these lines appears to have happened in Solomon Islands in 2014: constituency development funding rocketed up, candidate numbers were lower than expected, and most sitting MPs were re-elected.

If the first of these explanations for the fall in candidate numbers was correct it would be interesting — suggestive of the actual impact of a fee rise should it ever occur. If the second of these explanations was correct, it would be worrying. A situation where sitting MPs were so cashed-up with government money that potential rivals did not bother to challenge them hardly meets democratic ideals. 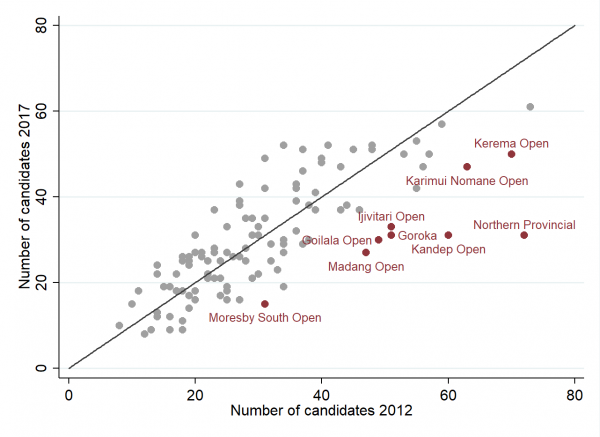 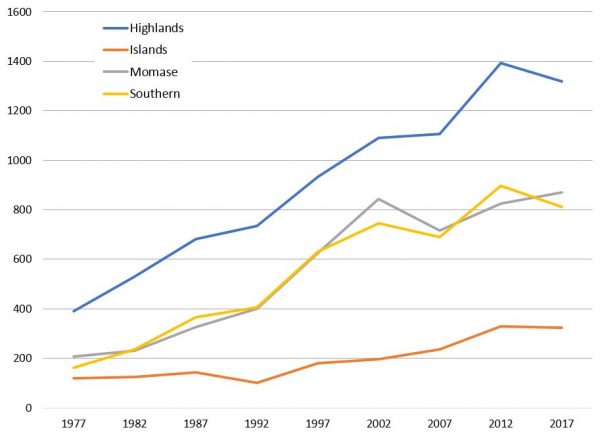 Once again, I don’t know why this has occurred, but it will be intriguing to see if it is associated with other aspects of electoral competition.

If you want access to the data in this blog you can download it here. Remember, if you’re interested in PNG elections you’ll love our PNG Election Results Database.