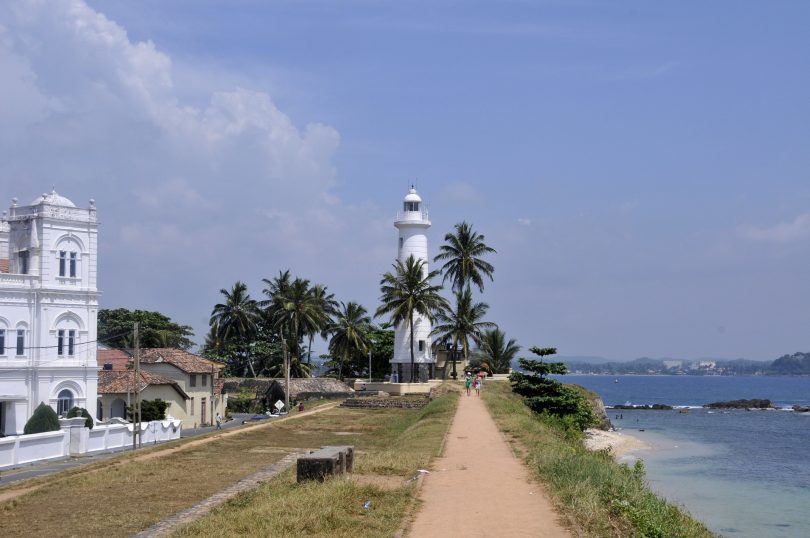 During my career, I have worked with multiple development organisations and in academia. One area of particular interest was foreign investment and private sector development.

Yet I felt something was missing. How could I write about foreign direct investment (FDI) and private sector development, and consider policies related to it, without having invested in a private business in a developing country context? How different were the practicalities to theory?

So in 2016, I took a risk and founded a property development company in Sri Lanka, where I previously lived for two years. The trajectory of Sri Lanka looked promising, with enhanced development prospects and growing tourism numbers. Unfortunately, subsequent to 2016, the country faced political turmoil, experienced a sharp wave of Easter bombings, and now COVID-19.

Despite this, our property development company is fortunate enough to have almost finished its first development, has just launched its second and has plans to launch another project this year. We will directly employ over 50 people in 2021 and our company is self-sustainable.

Upon reflection, starting a business in Sri Lanka was the toughest experience of my professional career. That said, I learned more about the complexities of private sector development in the last five years than I did in my previous career. While we had to overcome standard business-related obstacles, there were two that stood out as being particularly amplified in a developing country context.

The first involved navigating government bureaucracy. I found many well-meaning public servants who were very supportive. However, there were others who actively placed roadblocks. Their general strategy was to delay processes, until I was so demoralised and desperate that they hoped I would relent to their unspoken demands. For example, with respect to receiving a specific approval, I endured a five-hour return trip to an office, only to be told to come back the next day. It came to the stage where I would rent a place close to the office so I could travel there on four consecutive days, to badger the officer for their signature. Only when they knew I wouldn’t offer them anything, and wouldn’t go away, would my document be signed. Colleagues and friends experienced similar tactics that hindered their businesses, and some returned to Australia in disappointment.

This is a ‘go slow’ tactic where public servants say ‘this can’t be done’, despite logical counter-arguments. For foreign investors, such unscrupulous activities can create insurmountable and costly obstacles, deterring them from investing directly in Sri Lanka.

One possible solution would be to establish dedicated Business Liaison Offices, whose role would be to independently mediate between the private and public sectors, in a timely manner, and have the power to issue directives to government departments. If public servants are taking an inordinate amount of time to process requests, the Business Liaison Office could direct the processes to be expedited and the public servants to be warned. The risk is these officers would themselves become another obstacle. To prevent this, they would need to be high-profile and located directly under a political champion of FDI.

In some developing countries, public servants are not necessarily incentivised to support the private sector. Business Liaison Offices could flip the status quo. At a minimum, the mere possibility of having to attend a mediation hearing could discourage negative behaviour among public servants.

The second key obstacle was creating a competent, trustworthy, respected team with deep local contacts. In any country, this generates credibility and assists investors to ‘open doors’. In a developing country, it does that and deters borderline criminal actors with vested interests from causing problems – which in turn enables business owners to focus on business development. An example are locals who pressure you for money or employment just because you are operating in their neighbourhood.

My solution was finding the team I needed – one key person at a Christmas Party and another at my children’s school. Not everyone is so lucky. A possible alternative solution would be to have a Chamber of Commerce with reputable representatives from key industries who are specifically tasked with assisting and advising foreign investors. They can warn investors of pitfalls that are localised to specific areas within a developing country and suggest specific solutions. It’s not foolproof, but it’s a start.

Developing country governments are constantly spruiking FDI and the untapped opportunities available. Investors are rightly concerned about whether the rewards outweigh the risks. If I had reflected more deeply on the difficulties of building a business in a developing country, I’m not sure I would have taken the chance.

Looking back, I’m glad I did, and I’m cautiously optimistic we’re succeeding, despite the delays and obstacles. That said, I saw many around me fail for reasons that had nothing to do with the intrinsic merits of their project. My suggestions are reflections on what can be done in Sri Lanka, and perhaps other developing countries, to make sure that more enthusiastic, good-willed foreign and domestic investors with good ideas are able to translate their ideas into projects, and jobs, on the ground.

Some sections of this blog were included in an earlier newspaper article about investing in Sri Lanka.