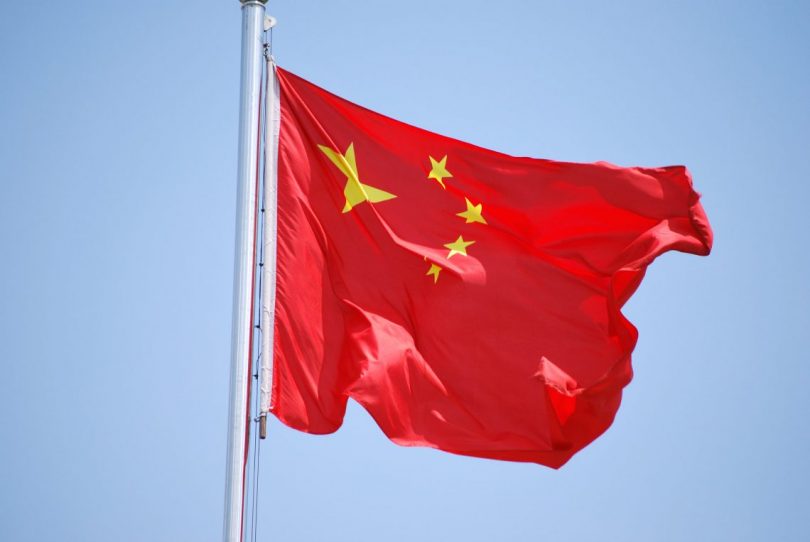 The coronavirus (COVID-19) pandemic is spreading to Pacific island countries (PICs), posing a severe threat to their economies and human security. Donors are aiding the region. For example, the United States has provided more than US$32 million to PICs. Australia announced AU$10.5 million as budget support to Fiji. The challenges created by the pandemic provide an opportunity for traditional and new players to compete for influence. This post briefly examines China’s ‘COVID-19 diplomacy’ — as it is the largest new player in the region — and argues that the pandemic may have geopolitical consequences.

China’s COVID-19 diplomacy in the Pacific consists of four types of activities. The first is foreign aid targeted to assist during the pandemic. China announced the donation of US$1.9 million to PICs to fund grants and medical supplies such as facial masks, protective clothing, thermometers and gloves. For example, China donated US$300,000, US$200,000 and US$100,000 in cash to Papua New Guinea (PNG), Samoa and Vanuatu respectively.

Sharing information is the second activity. On 10 March 2020, the Department of North American and Oceanian Affairs, custodian of China–PICs relations at China’s Ministry of Foreign Affairs, and the Department of International Cooperation at China’s National Health Commission co-organised a video conference with senior health officials and experts from China’s ten partner PICs. The Chinese side briefed the audience on COVID-19 control in China and pledged to support PICs in the battle against the virus and take care of Pacific Islanders living and studying in China. A second video conference was held between Chinese and Kiribati health officials in late March. Another similar but higher (vice-ministerial) level online meeting took place on 13 May between China and its ten partner PICs. These events can be interpreted as proactive diplomatic efforts by China to engage with PICs on COVID-19 and build an image as a responsible development partner.

Third, China is actively reaching out to the mainstream media in the Pacific and at home to publicise China’s support during the pandemic. Chinese ambassadors have published articles in newspapers in PICs such as Fiji, PNG, Samoa and Tonga to showcase China’s achievements in COVID-19 control at home and display a willingness to support these countries. Zhou Haicheng, China’s Ambassador to Vanuatu, also wrote a piece for China’s largest newspaper People’s Daily in February, thanking Vanuatu for being the first government in the Pacific to donate 10 million vatu (US$92,764) to help China combat COVID-19. Similarly, the Chinese embassy in PNG published news on the fundraising lunch attended by Prime Minister James Marape to support China’s efforts in response to the pandemic and the donation of 100,000 kina from the Eastern Highlands Province to China. China also reported on its facilitation of the homeward journey of 50 Tongan athletes and one coach in March after they finished a 60-day training program in China.

To expand its outreach to Pacific communities, Chinese embassies have even opened Facebook and Twitter accounts, a seemingly orchestrated action directed by Beijing, as Facebook and Twitter are blocked in China. Chinese embassies have also republished favourable articles written by Pacific students in China. For example, the Chinese embassy in Fiji republished a Fiji Sun article written by a Fijian student studying in Wuhan who had applauded China’s efforts in controlling the virus and said he would stay in Wuhan rather than return to Fiji. These messages are used by the Chinese government as much-needed ammunition in response to attacks on its handling of COVID-19 at home.

The fourth activity involves Chinese communities and medical teams in PICs and philanthropic organisations in China. With the donation of 20,000 kina from Chinese communities in PNG’s Madang Province, local health authorities launched a COVID-19 awareness campaign in February. Following instructions from Chinese embassies, Chinese medical teams have been active in raising COVID-19 awareness among local communities and supporting treatment. The team in Samoa lent support to Samoan health authorities in drafting COVID-19 prevention and control guidelines. The Jack Ma Foundation — a philanthropic organisation in China — also donated 50,000 KN95 facial masks and 20,000 protective masks to Fiji, PNG, New Caledonia and French Polynesia in April, which marked the first delivery of medical supplies through the Pacific Humanitarian Pathway on COVID-19 established by the Pacific Islands Forum.

The above activities form part of China’s COVID-19 diplomatic efforts to project a positive image and reduce the pressure it faces in handling the virus, which first broke out in Wuhan. For example, during the aforementioned vice ministers’ video meeting on 13 May, PICs voiced support for China, the World Health Organisation and the UN-centred international system. China is also linking its COVID-19-related aid program to President Xi Jinping’s diplomatic concept of ‘building a community of common destiny’. The Chinese Ambassador to PNG, Xue Bing, wrote in the Post Courier and The National newspapers that ‘fighting COVID-19 calls for building global community’. Deng Boqing, Deputy Chairman of the China International Development Cooperation Agency, said in March 2020 that China’s COVID-19 assistance overseas is China’s ‘most concentrated and wide-ranging emergency humanitarian action’ in history; ‘offering such support…is crucial for China to…live up to the vision of a community with a shared future for mankind’. Clearly, the Chinese government is attempting to turn the COVID-19 crisis into a new diplomatic opportunity, with a whole-of-government approach deploying diplomats, aid officials and official media in full swing.

The responses of PICs to China’s COVID-19 diplomacy are mixed. Feedback from some Pacific government officials seems positive. In March 2020, Vanuatu’s then-Minister of Foreign Affairs, International Cooperation and External Trade, Ralph Regenvanu, thanked China for providing aid to battle the virus and highlighted the friendship between the two governments. PNG’s Minister for Foreign Affairs and International Trade Patrick Pruaitch expressed appreciation for China’s support to PICs in the fight against COVID-19.

Reactions from some other groups in the Pacific are less rosy. Despite the Chinese government’s reassurance, some Pacific students in China expressed concerns for their personal safety. As The National in PNG reported in January, more than 20 PNG students studying at universities around Wuhan, who feared infection, pleaded for PNG government support to evacuate them. Two Fijian students were evacuated from Wuhan by Air New Zealand and they expressed gratitude to the New Zealand government.

The scope of COVID-19 spread in the Pacific is yet to be known. Further spread is likely to spark more Chinese aid to the region in the short term. COVID-19 will also have a significant impact on China–Pacific relations. The crisis has already stopped the flows of Chinese tourists into the region due to the extensive travel restrictions imposed by PICs. Economically, this is a blow, as tourism is a pillar industry and China is their fastest-growing market in the past decade. China’s demands for natural resources from the Pacific, such as timber and minerals, are also expected to decrease due to the economic slowdown at home. COVID-19 could also delay existing Chinese aid projects unrelated to COVID-19 efforts. As the Fiji Sun reported in March, around 20 Chinese workers involved in the Rewa water supply project in Fiji were stranded in China because of COVID-19-related travel restrictions. In April, the governments of China and Solomon Islands, the latter having switched to China in last September, exchanged letters on funding the 2023 Pacific Games-related infrastructure in Solomon Islands with about US$100 million from China. However, COVID-19-related travel restrictions could easily disrupt these projects if the crisis extends.

More broadly, China’s rise in the Pacific could be affected. From an economic perspective, COVID-19 will have a severe impact on China’s economic growth (both at home and exports overseas), which will directly affect the Chinese aid budget. This may lead to a decrease in both Chinese aid and presence in the Pacific and make it difficult for China to bankroll planned Belt and Road activities. Equally important, in the post COVID-19 era, relations between the world’s major powers and China could undergo radical changes. As the UK Foreign Secretary Dominic Raab said in April, a review is needed to investigate how COVID-19 spread from China and that ‘business as usual’ with China is not possible after the crisis. Australia’s sponsorship of an independent international inquiry into the origins of the pandemic in China received strong pushback from China, though ultimately the latter supported it when it came before and was endorsed by the World Health Assembly this month. A strained relationship between China and traditional powers could easily spill into the Pacific where a revitalised geopolitical competition has taken place in recent years. Relationships between PICs and China could be tested then.

An earlier version of this blog was earlier published as an ANU Department of Pacific Affairs In Brief.