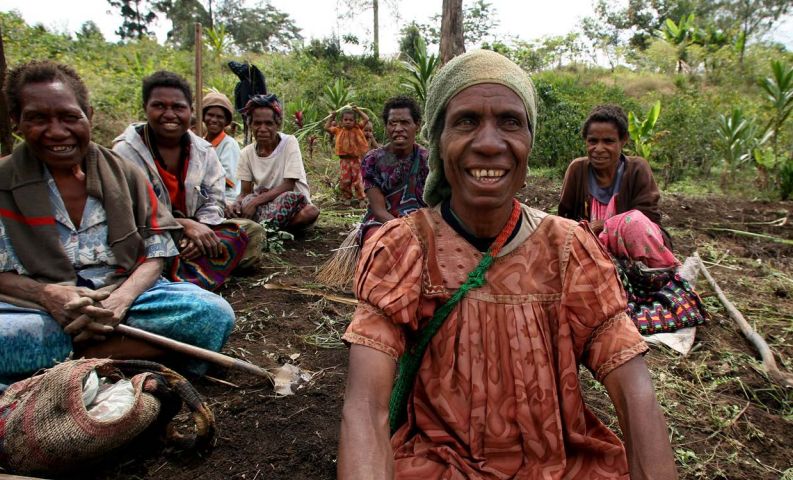 All countries struggle with the challenge of meeting the needs of people living in remote areas, we know that well from our own experience here in Australia.

In Papua New Guinea, the situation of poor, remote communities is little understood, despite the years of relatively consistent poverty monitoring highlighting their unchanging circumstances over decades.

Many believe these traditional communities can maintain an adequate and even healthy life from the land. Because these communities are difficult to access, this myth has been allowed to remain unchallenged.

The report Rural Poverty in PNG: case study of Obura-Wonenara district, recently released by CARE and the Australian National University, provides an overview of rural poverty in PNG and a more detailed look at the situation of the people of Yelia, in Obura-Wonenara in the Eastern Highlands, based on a survey CARE undertook with AusAID funding.

I visited Wonenara and some of the villages covered by this survey in January.  I was deeply impressed by the stunning beauty of the rugged mountainous country, but also the enormous challenges these mountains present to the families who live there. Getting over them, or around them, is extremely difficult.

I remember very clearly standing in one village and being told about a family who had died there in the last few months. They had starved to death.

The statistics collected by the Yelia survey confirm the situation of extreme disadvantage which confronts the people who live in this isolated part of PNG.

The data on nutrition suggests chronic malnutrition is rife. 25 per cent of people surveyed had only eaten one meal the day before. Meals mainly consisted of sweet potato (the staple), followed by banana and taro. Nine out of ten households surveyed had not consumed animal protein, and three quarters had not eaten vegetable protein.

75 per cent of households indicated that food security – that is knowing where your next meal is coming from all year round – is an issue. Due to isolation, there are very few opportunities to earn cash. While coffee provides income opportunities for some, very few families earn adequate incomes from it. When asked about income earned in the preceding month, which coincided with coffee sales for the year, 76 per cent of households reported earning less than 100 Kina (around A$45).

Health and education levels are worryingly low. The under five mortality rate for children based on deaths reported was 191 per 1,000 live births.  This means that almost 1 in every 5 children in Yelia will die before their fifth birthday – a terrible statistic and significantly worse than the national average.

Amongst the population surveyed there was very little education. Seventy one per cent had no schooling at all. Of those who did access schooling, men had slightly higher rates of schooling then women. The literacy rates showed that only 19 per cent of women and 36 per cent of men could read.

Overwhelmingly, the data from Yelia describes a community that is extremely disadvantaged and vulnerable.

While the number of people covered by this survey is relatively small – 262 families including around 1,700 people – other studies suggest there are around 1 million people living in remote, disadvantaged areas in PNG which lie on the fringes of the highlands and in inland, lowland areas.

And yet, over many years, very little aid or government funding has reached these remote parts of PNG. These communities deserve to receive a much greater priority from their own government and from our aid program.

In October, this report was launched in Parliament House in Canberra. Tomorrow (Thursday November 17th), it is being launched in Port Moresby (at the National Research Institute at 10am; click here for details).

Ultimately, this report is more than good research. It is a call to action to government and civil society in both PNG and Australia, and a powerful reminder that the dire circumstances of people in remote communities cannot be overlooked just because they are out of sight.