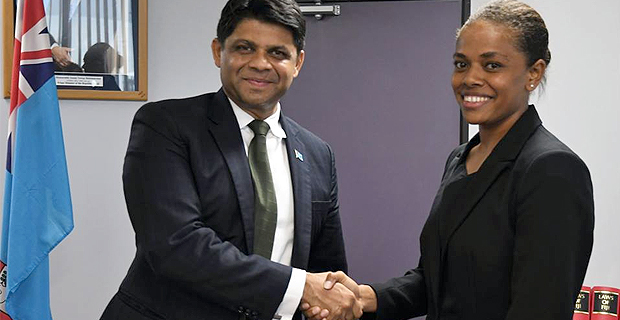 Fiji’s tumultuous political history has put immense pressure on its media freedom and landscape. Given this, blogs and social media have played the important role of providing Fijians with greater access to uncensored information. On the other hand, greater internet and online access has also brought an onslaught of cyber-related crimes and issues. As such, the Act must maintain a balance between not undermining free speech, while still providing safeguards against malicious online behavior.

The Act’s claimed intent of promoting a safe online culture and environment has been lauded, but a fair amount of skepticism remains, with concerns regarding consultation, clarity, and the newly-appointed Commissioner.

The Bill was introduced in early March 2018, and public submissions were allowed from 27 March–4 May 2018. The time span for public consultations on the Bill was a mere one month and seven days, in which 24 submissions were collected in total. The consultation period was extremely short and inadequate. Much of the Act targets the use of digital devices and social media. Fiji’s most accessed and popularly used social media platform via digital devices is Facebook. The estimated total number of Facebook accounts in Fiji at the end of 2018 was 550,000 accounts, an estimated 62% of Fiji’s total population. Considering this, at least six to eight months for public consultations would have been more appropriate, along with a more publicised call for submissions.

The Act stipulates functions of the Online Safety Commission, such as investigating online-related complaints, but this is a function already undertaken by the Fiji Police’s Cyber Crime Unit. This raises the need for clarity, since it may lead to the duplication of functions and risk exhausting publicly-funded resources. The Act also could have provided a guarantee that it would protect responsible free speech. The current administration has repeatedly announced that it is the most genuinely democratic government in Fiji’s history. Protecting online responsible free speech that critiques government decisions would be consistent with the government’s rhetoric.

On 28 December 2018, Minister for Communications Aiyaz Sayed Khaiyum announced the appointment of Ann Christine Dunn as the Commissioner to administer the Online Safety Act. The decision has been perceived as a political appointment because Ann Christine Dunn was a FijiFirst candidate in Fiji’s 2018 national elections. She worked closely and campaigned alongside the Minister for Communications, who is also the General Secretary for the FijiFirst party. The Commissioner’s well-known political affiliation weakens public confidence in her ability to administer the Act with impartiality. In addition to this, the experience, credentials and merits of Anne Dunn for the role of Commissioner were not publicly disclosed.

The contracted timeframe for public submissions and input, the fact that Fiji’s existing Cyber Crime Unit is already tasked with policing vitriolic and harmful online use, and the fact that the first Commissioner appointed was a political candidate for Fiji’s current ruling party, all raise questions of credibility. At this point, achieving any balance between ensuring responsible online free speech and providing safeguards against malicious online behavior seems unlikely.